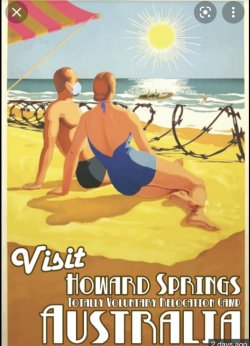 Currently there are protests in Whistler BC Canada about Covid martial law in Australia. The chant is “Free Australia”
N

Yes, but they're not a lot of use until the 5G network has greater coverage.

nutwood said:
Yes, but they're not a lot of use until the 5G network has greater coverage.
Click to expand...

My 5G works brilliantly since the booster

Most upbeat I've ever seen him talk about COVID. Dr John Campbell, smart bloke, tells it from all angles.

We have a black tie dinner next week. And I just bought lipstick. Occurred to me after I paid - what a waste. Masks.

Pushka said:
We have a black tie dinner next week. And I just bought lipstick. Occurred to me after I paid - what a waste. Masks.
Click to expand...

Your could always order some of the ones they sell for deaf people that have a clear panel over the mouth, so lips are visible

Pushka said:
We have a black tie dinner next week. And I just bought lipstick. Occurred to me after I paid - what a waste. Masks.
Click to expand...

We are going to our daughter’s high school grad dinner tomorrow in Sydney at a function Centre and have been advised that we don’t need to wear masks. It’s also a black tie event.
Kind of surprised me a bit and I’ll be bringing one anyway.

Lynda2475 said:
Your could always order some of the ones they sell for deaf people that have a clear panel over the mouth, so lips are visible
Click to expand... 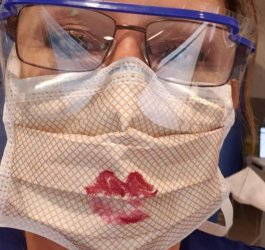 Princess Fiona said:
We are going to our daughter’s high school grad dinner tomorrow in Sydney at a function Centre and have been advised that we don’t need to wear masks. It’s also a black tie event.
Kind of surprised me a bit and I’ll be bringing one anyway.
Click to expand...

I've got my son's graduation from Primary School tomorrow and I'm at the Ashes Test match, so have to hurry straight to school for the dinner. Not a black tie thankfully and no masks, but I'll have one with me in my bag. One can never be unprepared for the unexpected.

Lynda2475 said:
Your could always order some of the ones they sell for deaf people that have a clear panel over the mouth, so lips are visible
Click to expand...

Great idea for the hearing impaired. Must be so hard for them. I feel sorry for the kids who don’t see adults in public smiling at them anymore

I cannot imagine Sir Ian Botham in a mask.

I’ll let you know how that goes. Assuming it’s not a zoom thing now.

Findings from a study published in JAMA Network Open suggest that although extended thromboprophylaxis in unselected patients with coronavirus disease 2019 (COVID-19) is not supported, postdischarge anticoagulation may be considered for high-risk patients who have a history of venous...

And helping predict worse outcomes on admission to hospital.

And admission to hospital with Covid increases the chance of post discharge death.

Patients with a coronavirus disease 2019 (COVID-19) hospitalisation are at “significantly increased risk” for mortality over the next 12 months, according to a study published in Frontiers in Medicine. ...

Pushka said:
My 5G works brilliantly since the booster
Click to expand...

So if I cant get 5G does that mean I need a booster?

The reason a lot of older folk are worried. In the USA the rate of covid deaths is increasing.

More than a million cases a day by Christmas Eve

London/UK Times this morning had this headline: “How bad will Omicron get?” with these highlights: “The World Health Organisation classified the B.1.1.529 Covid strain, Omicron, as a 'variant of concern' on November 26. That same day two travellers who had recently returned from South Africa — one in Brentwood, the other in Nottingham — took tests that would confirm them as the first cases in Britain. Omicron’s takeover needed under three weeks. On Tuesday it became the dominant variant in England. London has been an Omicron city since Sunday. For evidence of its daunting growth, look no further than daily case numbers. Since 'freedom day' in July, we have become used to tens of thousands of infections — but last week 59,610 daily cases became 78,610, then 88,376, then 93,045. For months cases were bumpy; now we are in exponential growth, where the language of 'doubling times' takes over. How high will infections get, and when will they peak? And more importantly, how many deaths will follow? Experts warned last week of doubling times as low as two days. The latest figures suggest that there were about 40,000 Omicron cases in England on Tuesday. By Saturday, doubling every two days, that figure would have been 160,000. More than a million cases a day by Christmas Eve 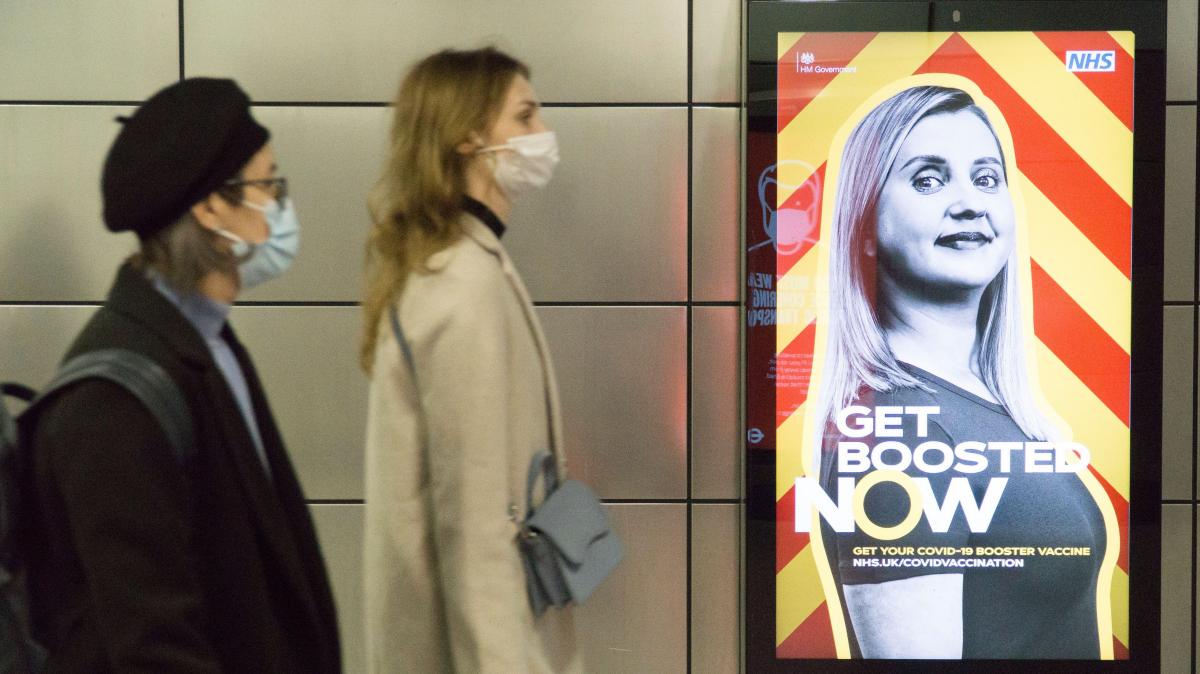 When will Omicron peak?

"A professorial fellow in epidemiology at The University of Melbourne, Professor Tony Blakely, agreed, theorising that the UK's current experience of Omicron may be because its population had AstraZeneca as the primary vaccination course.

"It is highly probable that what [the UK is] experiencing now [with Omicron] will be a forerunner of what happens in other countries," he told the ABC.

"Especially countries that have also used AstraZeneca, as [it's] less effective than the mRNA vaccines at preventing infection with Omicron."

Of course Tony belongs to the Mary-Louise panic brigade.

Lots of rubbish with absolutely zilch evidence being spread even by epidemiologists.
Maybe if it continues to pan out that Omicron is obviously far more infective than Delta but hospitalisations remain muted the article in the Times quoted by @tgh should probably be headed - "How good will Omicron get".
It has been shown by many studies that the most effective cause of immunity is vaccination plus natural infection.
So if the UK does get 1 million cases a day then ther almost certainly be little risk of catching Covid when I arrive in mid March.
Though the boffins here in Tassie are certain I will catch it well before then.

Yes, the Omicron numbers seem to be a bit of of whack with what is actually reported. 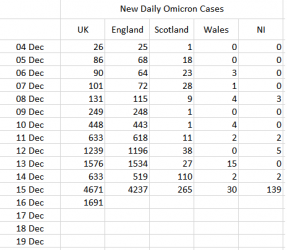 What % of hospital cases are omicron? By all reports Delta is still what is dominating hospitalizations and ICU, mostly unvaccinated too.

I have zero sympathy for anyone over the age of 12 in Australia, UK, US (places where vaccines readily available) who is not yet fully vaccinated nor for any adult due for a booster who have failed to get one. Vaccines are freely available and anyone refusing to get one, well they cant say they weren't warned.

kangarooflyer88 said:
find it surprising how little people are talking about boosters here
Click to expand...

Getting quite a lot of coverage in NSW, mentioned continually at the pressers and the numbers of boosters given at state run clinics is reported daily.


kangarooflyer88 said:
The number one symptom now is headache and runny nose.
Click to expand...

South Africans are reporting "feeling of a weight bearing down on her body, and found herself trying to fight uncontrollably itchy eyes and a drilling headache."

For most Omicron patients, it starts with a scratchy throat. 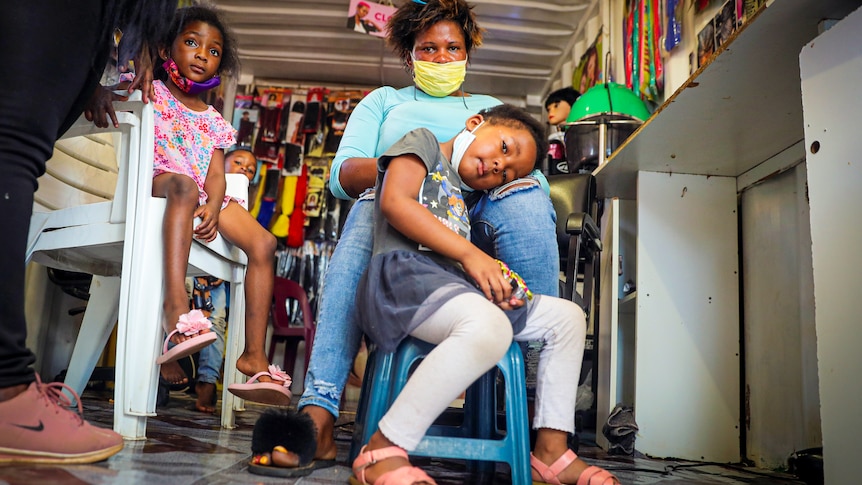 As scientists race to discover the distinguishing features of Omicron, Tshepo Mompei may be one of the few people in the world who can explain what the variant feels like compared to earlier strains.