What's your prediction on the Australian Dollar?

How about using Cryptocurrency...?


RAM said:
or if you are enough of a gambler (planner?) there's an easier & much more lucrative way to do it.

THIS IS NOT PERSONAL FINANCIAL ADVICE - consultant your financial advisor

You could use a service like OFX to buy the USD.

Step 1: Set up account & ensure you are permitted to transact 'Forwards'.
Step 2: Buy the USD spot and then ask to roll it say 1 month as a forward.

Traditionally this meant you received slightly less USD in the future due to interest rate differentials (US rates below Australian). These days it is flat or US rates below (depending on the maturity). Now virtually the same as far as you're concerned.

Chances are you will be required to lodge a deposit (to cover potential losses if AUD continues to strengthen). Meanwhile you take advantage of the offers by several Australian Banks for 3 or 4 month bonus interest on 'at call' accounts - currently > 1.5%

So if you're buying a big enough amount of USD then you're earning 0.12% a month by entering into a forward contract. Your position is EXACTLY the same as if you'd bought it spot and put it into a USD bank account - if the AUD continues to strengthen then you are effectively losing money, but if you want to lock away a certain amount and are happy at a certain USD/AUD exchange rate - then this may be a good idea.

You are taking all the risks. If say you'd done this in April you could have effectively lost more than 20% compared to what you would receive now.

IF the USD/AUD heads to 0.80 then in hindsight it would be a bad decision to buy now...

Seek your own personal financial advice!
Click to expand...

If the $AUD jumps to 0.80 that would be bad for our stressed economy.

Cruiser Elite said:
Well the little Aussie battler has broken through .78c barrier - 18mth high - is the sky the limit?
Click to expand...

I think you mean .72 but the way it is going you may be right soon!!

I love to travel said:
I think you mean .72 but the way it is going you may be right soon!!
Click to expand...

Yep my bad - corrected - I was having an argument with our Chinese suppliers at time I typed that -
Enhanced Internet Access and Security for Travellers
Trying to access your favourite Australian websites when overseas only to discover they have been geo-blocked? Concerned about your internet privacy especially when using unsecured wifi? NordVPN will solve both these common problems.
Recommended by the Australian Frequent Flyer
R

This is not so much AUD strength but USD weakness against most others.

The AUD when viewed on a TWI basis looks very different, slightly stronger not a 8% move.

The current global focus is whether the USD is losing its reserve currency focus due to CV (partly through growing influence of China & control of global supply lines and partly due to -ve impact on US economy. My view - not going to lose reserve currency status as there's too much illegal money involved that does NOT want China to be incontrol of their fortunes (literally & figuratively).

At the moment the glass is half full for world growth, if there was to be an announcement that one of the front-running vaccines was no good after all, then the USD would rebound viciously IMHO.

This article is worth reading for some balance.... 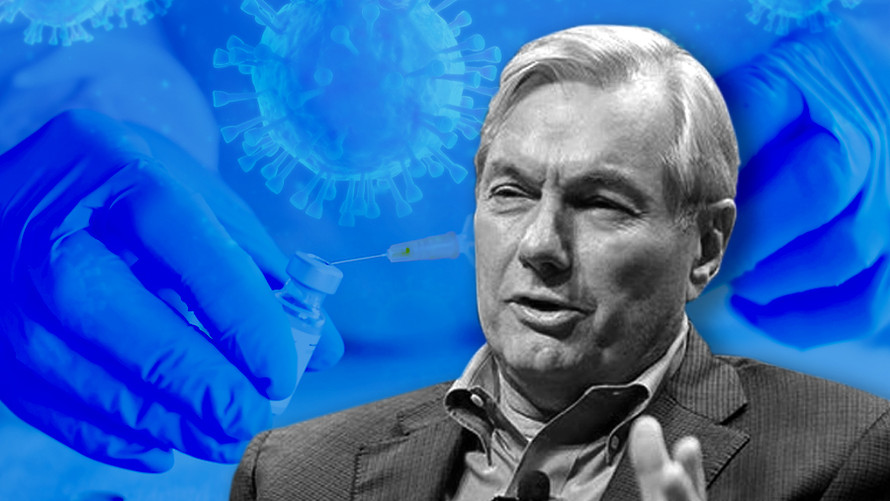 Dr. Osterholm: Americans will be living with the coronavirus for decades

On Jan. 20, just nine days after Chinese health authorities published the DNA sequence for a new coronavirus that was causing concern in China, Dr. Michael...

Mrscove wants me to buy both pounds and US dollars. That should put a floor under the AUD.
Having homes in other countries isn’t working very well in 2020.
R

cove said:
Mrscove wants me to buy both pounds and US dollars. That should put a floor under the AUD.
Having homes in other countries isn’t working very well in 2020.
Click to expand...

Sure doesn't especially if a roof springs a leak.

Then having financial clearing houses 'playing the float' delaying the transfer of funds for up to 3 business days despite being a solely electronic process that pre-CV was always same-day value....

Add in a merchant making mistakes & then cancelling the transaction ....

Sometimes what seemed such a great idea.....
C

Yes Paris, South of France, Germany and Los Angeles are all out of bounds for my family. I can add in Melbourne and Sydney seeing we are in Perth. Getting quite used to going nowhere in 2020 so less need for currency.

cove said:
Yes Paris, South of France, Germany and Los Angeles are all out of bounds for my family. I can add in Melbourne and Sydney seeing we are in Perth. Getting quite used to going nowhere in 2020 so less need for currency.
Click to expand...

Perhaps foreign currency? The AUD at the moment is not being kind to my USD pension.....

Taking risks is wandering
Fred
I

I love to travel said:
.7214 tonight hard to believe it went down to 55c in March
Click to expand...

Timing - had a large USD cc charge go through yesterday - they timed it perfectly - got the low of the day!

AUD always goes up the stairs & down the fire pole.

Eventually both views mesh on AUD - but as the saying goes, "Being correct too early is indistguishable from being wrong."

Quick poll: How many people expect the world will experience a recession that lasts at least 9 months or more?

Currently - one explanantion for AUD resurgence was intially due to our (apparent) success with CV, then the unexpected Chinese iron ore demand seeing prices surge > $100 (vs forecasts of $55), and now as everyone knows - you buy AUD when the gold price rallies.

Yes that is the recommendation by the bulge bracket firms in Europe & the US. At the moment the gold price is getting way more airtime overseas than our CV cases. Currently the ratio (yesterday in am Asia & am Europe was 43:1. In late US it dropped to 8:1. Have a look at when the AUD/USD highs happened...

Good example - In October 1987 when the share markets collapsed, the Australian market was close to the worst performer (dropped approx 20% more than US for example). Locals expected the AUD to get smashed, but it barely moved despite globally every talking head saying we're headed for the next Great Depression. So falling world growth = plumetting AUD.

AUD even gained for 2 weeks (not that much but a bit).

Then one night one large German fund manager dumped their entire Australian Dollar Govt Bond holding & sold the corresponding amount of the AUD. I went to bed that night with 10 yr bond rates arund 12.7% and got a call at 2 in the morning offered $100m at 14.55% (a drop in value of just over 10%), the AUD had dropped around 4 cents I think it was.

Over the next weeks the local talking heads all tried to explain:
Late in 1988 I met the head of that German fund manager and had a long talk with him. We had done the best in the world over Oct 1987 & he wanted to know how vs I wanted to know why he dumped when he did.

The reason that he waited roughly 2 weeks?

Australian bonds & FX were a tiny proportion of what he managed (2% or so). From his perspective he focused on the issues with the other 90+% before turning to his relatively tiny AUD holdings. As he so suavely said, I do not wish to insult you but I had almost forgotten we owned them - the problems with our share holdings what was happening with the USD occupied my mind almost constantly for at least the ten days after the crash.

From the Australian perspective - what he did to the AUD & Australian interest rates hit 75%+ of our portfolio investments (equities, cash, bonds, FX hedges) as well as the relativities for international equities & bonds.

Once he started the move in AUD bond rates & the currency - other overseas fund managers (the fleet of foot ones) started to cut their holding but between transactions the yields moved as much as 0.25% (1.5% loss of bond value) with less than $200m being traded over the phone.

Think of it like the airport arrivals hall in reverse - you come down a corridor to see it widen out suddenly to 50+ counters/auto gates. For the overseas fund managers selling in their timezone when Australia is shut - there were only really 4 or 5 intermediaries who operated 24/5. Of those only 3 would transact in $200m a night IN TOTAL. If they bought or sold a large amount, they would instantly (sometimes at the same time via a colleague sitting next to them) try to offset with another one of the 4 or 5.

Not much has changed 30+ years on, except the volumes of Aust Govt debt are 10x the size now. Meanwhile the dealing limits for these intermediaries have virtually not changed - VAR or Value at Risk limits as a % of capital have declined massively.

So, who knows when but if the world's attention moves from Gold to the looming (IMHO) global recession & begins to get more suspicious about if not when a vaccine may appear - you could wake up and find the AUD 20-30 cents/USD lower.

Over 74c now. I remember during GFC AUD kept rising and stock market fell. At times felt like it was in sync, if one side went up the other always went down. I do wonder whether we are heading for a repeat.
You must log in or register to reply here.
Share:
Facebook Twitter Reddit Pinterest Tumblr WhatsApp Email Link