There was an (IMHO) excellent and thought provoking address today to the National Press Club by Andrew Liveris. (here)

He has worked with/for many leaders around the world including tRump and gives plenty of insights as to why tRump got elected and will probably get elected again along with reasons why Andrew worked with the Saudis and a whole range of other people, the inevitable decline of the US, rising power of China, why AU needs to step up. A wide ranging address.

Anyone ready to place bets?

Donald Trump claims a coronavirus vaccine could be 'weeks' away

In a town hall event taking questions from undecided voters, US President Donald Trump defends his handling of the pandemic and says a vaccine could be "three weeks, four weeks" away.

One thing I will say, on the election of Trump, irrespective of your views, do people really think harping on about Climate Change is going to actually help defeat Trump?

I suspect it's going to do exactly the opposite and ensure his reelection. Painting endless doomsday scenarios sounds makes climate change sound like a religious cult rather than a serious threat based on science and people turn off.

Also, electorally, it seems opposing the Paris Accord is as much about national sovereignty (not letting the US be controlled by Europe) as it is about denying the science. That's the sentiment DJT is tapping into. So people attacking him on climate change, I think are playing into Rupert and the Koch brothers Trump's hands to ensure he's going to win.
H

p--and--t said:
I read a statement recently that I would appreciate knowing a little more about and more importantly testing its veracity (out of pure curiosity)

*This is not an invitation to partisan political responses from some on here but some facts of if it did occur and the impact, if any, on modern day elections. i.e. Facts*

The statement that I cannot now find right at the moment paraphrased from memory - the current electoral colleges do not represent the democratic majority of the general population due to (some time way in the past) some southern states falsely inflating their number of citizens to try and counterbalance the fact their were more citizens in the northern states; the current electoral college is still reflecting the actions in history.
Click to expand...

I’m not aware of inflating population/registered voters to influence the electoral college/congressional districts.

At a macro, it’s would only be a marginal gain of 1 or 2 votes/districts. So theoreticallypossible but unlikely to change the overall outcome

But wild fire control isn't about Climate change.They were introduced to this thread to humiliate Trump.So I responded.I have a 50+ year history of interest in this subject.
And my last word on the fires-these were predicted to happen. 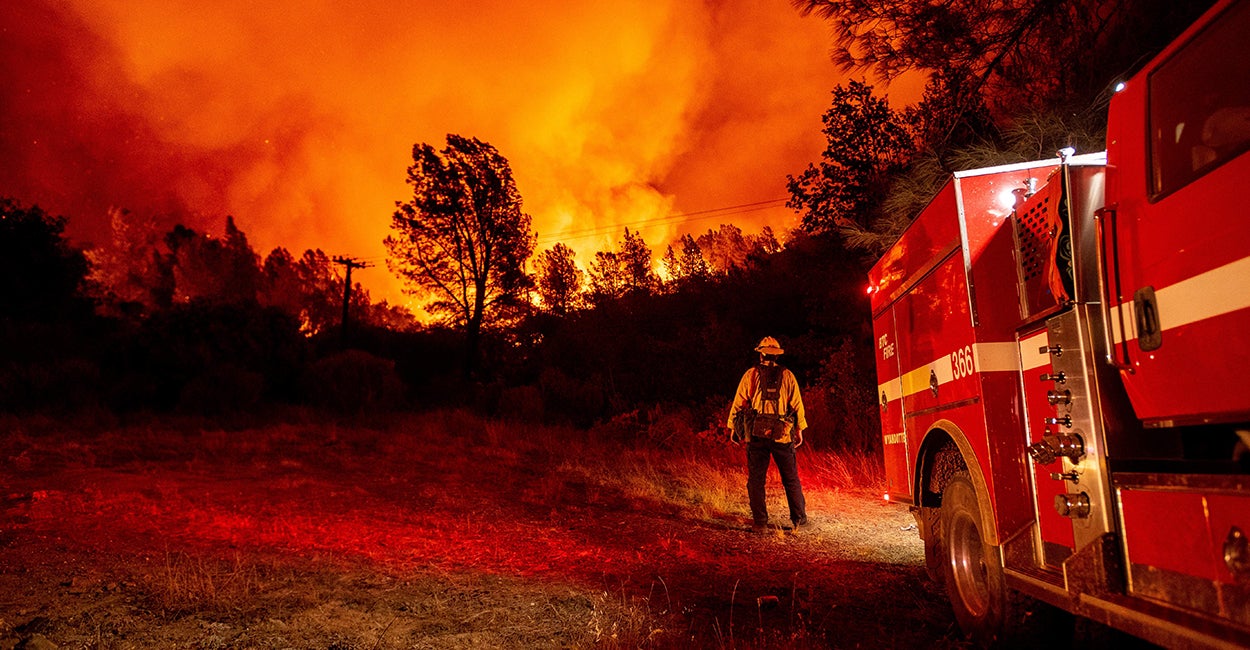 “If you don’t start managing these forests, then they are going to start burning up. Thirty years later, they are still ignoring it,” Bob Zybach says.

Seems it's now a Harris-Biden ticket:

Actually, The climate change reference here was a direct quote from Trump but if you think he humiliates himself it must be right.
Here’s what I quoted trump, “30+ people dead in bushfires, but the trump empathetic contribution is that it will get cold again and “science doesn’t know”. That was in his meeting with the fire chiefs perhaps that you saw that and can verify.

It was not an invitation for a general free for climate change argument yet again, which should be in another thread specifically for the purpose.


drron said:
But wild fire control isn't about Climate change.They were introduced to this thread to humiliate Trump.So I responded.I have a 50+ year history of interest in this subject.
And my last word on the fires-these were predicted to happen.

“If you don’t start managing these forests, then they are going to start burning up. Thirty years later, they are still ignoring it,” Bob Zybach says.

Trump is incapable of being humiliated.
H

NoName said:
Trump is incapable of being humiliated.
Click to expand...

Would it not be losing? Or losing the election against (insert racist slant)?
N

HappyFlyerFamily said:
Would it not be losing? Or losing the election against (insert racist slant)?
Click to expand...

He won’t feel humiliated by that because in the event that he does lose the election there will be some claim that it was rigged or fraudulent and therefore he didn’t lose at all. He will not accept that he lost fair and square no matter the evidence or what the Supreme Court says when deciding the inevitable legal challenge. You can take that to the bank.

This thread is now locked. Please see my announcement.