The "I am in self-isolation" thread

Pushka said:
Yes, you've had way too much time in isolation.
Click to expand...

Technically free today, but am hanging on for 2 more days. Then I'll be the 'purest' guy around (and pretty knowledgeable about sheep!)!
C

RooFlyer please hold it all together. We are now out and I went up to our pharmacy. They now have acrylic guards up now between customers and staff and floor separation crosses to separate the customers. The parking area was only half full so lots of folks must be staying home.

RooFlyer said:
Technically free today, but am hanging on for 2 more days. Then I'll be the 'purest' guy around (and pretty knowledgeable about sheep!)!
Click to expand...

I just coughed loudly when I read "purest"
M

Melburnian1 said:
It'll be interesting to see if some - not all - businessmen switch to video conferencing and travel on fewer flights.

Its rise has been spruiked before, but hasn't really occurred to the extent hoped for.

My guess is it may grow, but the 'personal touch' will still be important (once we're allowed to again shake hands.)
Click to expand...

Nope. It's just waaaaay too much hassle to do video and telephone conferencing.

For a start, the technology still has issues in terms of quality of call/video. (Of course that might change with NBN.)

But ATM I need to put in about 2-3 times the effort to be in a meeting just to pay attention... who's speaking, what are they saying... the call drops out for a second or two so you have to try to piece together the missing word(s). Other people forget to put their phone on mute so you hear papers, or typing. You get other calls coming through on your phone which could actually be more important than the one you're on... so you have to leave the teleconference group and then rejoin... then reintroduce yourself at the meeting.

Plus when you have meetings either internally or externally there's the 'break' time to get to or from the meeting. Something you don't get at home where you work right up until you need to join the teleconference/video. That time getting to and from meetings allows for a bit of mental relief and thought gathering.

Two hours on a teleconference is exhausting

Teleconferencing is very workable but requires preparation and discipline and professionalism in the workplace.

I ran teams in three states (some in multiple sites) of AU, some team members who often worked from home and another team overseas all at the same time, some on 24/7 tasks, some on $1M+ projects. All the while not having much a travel budget and not permitted to fly more than once or twice a year for 3 years. Half the team members I had never met.

Punctuality by attendees, well prepared agendas circulated in advance with clear expectation they had been read and prepared for, attendance limited to only those who really needed to be there and could contribute, a strong chair (who wasn't necessarily involved in the project), accurate minute taking and allocation of tasks/actions & setting of expectations before the next meeting.

Video conferencing wasn't readily available (just teleconferencing) and we rarely used it as watching the screens etc was a distraction to listening to the meeting progress and taking notes.

Unfortunately in many teams, a lack of professionalism results in meeting protocol and productivity succumbing to non-team like behaviour, arriving late, being unprepared, gossiping, not sticking to the agenda, people attending who didn't need to be there/had nothing to contribute, poor minute taking, not following through on action points et al.

I am most likely breaching some copyright rule somewhere but here goes. 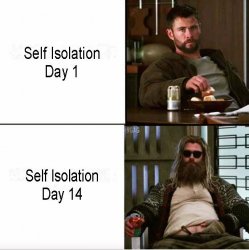 With all the virus threads I just get confused on what to post where.
Last edited: Mar 31, 2020
D

MEL_Traveller said:
Other people forget to put their phone on mute so you hear papers, or typing.
Click to expand...

Papers, typing? When I was a lad I used to have to get up before I went to bed ..... (please excuse Monty Python comedy reference).

I work in an agricultural industry. It is not uncommon to hear various sorts of animals (chickens, sheep, cows ..), trucks passing, horns honking (especially if someone from the subcontinent is calling in) .

Well now I find that Tasmania has tightened up their visa applications.I must apply on line but only between 24 and 72 hours before my planned arrival in Tasmania.
Tightened up my isolation restrictions.I am to remain alone in my accommodation for 14 days only going out to work.I must sleep in a room with only 1 bed.
Mary Whitehouse has been re incarnated.(A joke for Tony Hancock.)

What happens if they give you a twin room?

Trouble is, every second meeting seems to be on a different platform. As an independent (occasional) consultant it was Zoom yesterday, MS Teams today, Skype next time. Zoom is good, but Teams seems to have a growing foothold because of the other collaboration features. Hoping today will be my last actual WFH day for a while, and I can concentrate on self-isolation.

Just had a visit from a couple of police offers to check on us. Glad they did - they said their particular unit is doing 200 checks per day.
Click to expand...

Update - onto day nine this morning. Had a second check from the police yesterday evening. They're definitely doing their job!

Hey it's all over for us - got out of jail today - will go for a long walk - just need to wait for a Woolies delivery. Completed the balcony marathon a day early - still lots of indoor chores waiting.

Note to self, do not do outside painting and forget to take shoes off before walking into the house after stepping in paint spills.

luxury-lizard said:
Hey it's all over for us - got out of jail today - will go for a long walk - just need to wait for a Woolies delivery. Completed the balcony marathon a day early - still lots of indoor chores waiting.
Click to expand... 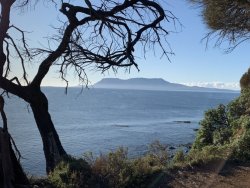 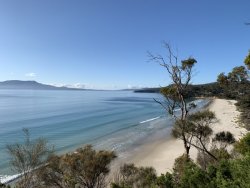 And now everyone in self isolation can go cherry blossom viewing.Enjoy.

I've had zoom coffee and crosswords, zoom drinks and having zoom lunch today - if I only I bought zoom shares 3 months ago

PineappleSkip said:
What happens if they give you a twin room?

After a couple of years of working across different time zones and regular long-haul flying, I have to say that it has been nice to catch up on sleep over the past week in self-isolation!
You must log in or register to reply here.
Share:
Facebook Twitter Reddit Pinterest Tumblr WhatsApp Email Link