plenty of delays as well. Another interesting night for Friday travellers.
Click to expand...

jeza said:
Oh dear I'm scheduled to be on QF583 SYD-PER. I have a bad feeling about this...
Click to expand...

It's showing so far as tentative departure at 21 30. Not cancelled, but anything could happen.
J

Silvia said:
It's showing so far as tentative departure at 21 30. Not cancelled, but anything could happen.
Click to expand...

QF164, the diverted WLG - SYD (to CBR) upon which Silvia reported above took off from the national capital at 1936 on 22 November for projected SYD arrival at 2032 hours, 172 minutes behind schedule.
S

Meanwhile from the south, QF566 (A332 VH-EBN) should arrive on its lengthy PER across to SYD journey at 2255, 25 late and not normally a delay I would include, but in this case it's sailing close to the 2300 hours curfew.

AFFer jeza is hopefully relaxing on board and not on tenterhooks as his QF583, the 1955 hours SYD across to PER is "expected" to push back at 2240 hours for arrival in the West's capital at a suggested 0040 hours on Saturday 23, 170 minutes behind schedule. The current Federal government seems to have a pretty relaxed attitude to granting dispensations to the curfew, with as one of our aviators said the key being granting of taxiing by 2245 hours. However given jeza was not so long ago suggesting above boarding rather earlier, the additional delay is not a good sign.

As an update, QF580 got diverted to MEL before making it to SYD. Have boarded QF583 and currently waiting to push back.
M

It would have been far quicker for passengers on QF1525, the 1845 hours SYD - CBR to travel by NSW TrainLink train on 22 November as B717 VH-NXQ was, as at 2250, still taxiing in SYD, making it almost four hours late.

Given the travails of the diverted QF164 from WLG to SYD, it isn't a surprise that QF163, the early evening 1840 hours SYD - WLG is instead to depart at 0845 hours on Saturday 23 November, allowing the crew sufficient mandated rest.
M

jeza said:
As an update, QF580 got diverted to MEL before making it to SYD. Have boarded QF583 and currently waiting to push back.
Click to expand...

VH-XXP on QF554, the 2000 hours SYD north to BNE had similarly yet to become aiborne.

Occasionally one sees this 'to the minute' expected departure time that is an ATC 'controlled departure.' However in practice the airlines are rarely able to adhere to this level of accuracy, which contrasts with the Australian tradition of usually timing arrivals and departures in five minute increments.

Yesterday there were Tasmanian cancellations. This morning, QF2051, the 1005 hours MEL - DPO has also received the 'Prince Andrew boot.'

Continuing with Saturday 23 November, QF79, the 0920 hours morning MEL - NRT pushed back 54 late, so anticipated at gate arrival is 1831 in the early evening, 51 behind. A333 VH-QPE has the honours and had arrived from NRT as QF80 at 0803 hours, only eight late, so no obvious reason for the delay.

UPDATE: This was either a test flight or scenic charter, as it landed in SYD at 1324 hours.

Melburnian1 said:
Also on 23 November 2019, B744 VH-OEH is operating QF6620, an empty working that given the Antarctica charter tomorrow (24 November) may be heading for ADL. Takeoff was at 1230 hours.

UPDATE: This was either a test flight or scenic charter, as it landed in SYD at 1324 hours. 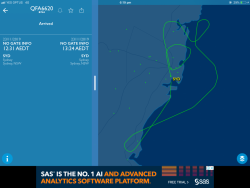 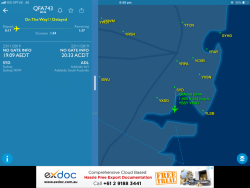 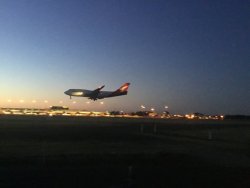 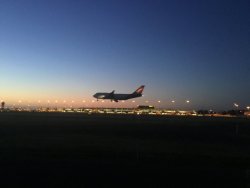 QF6620 was the Jumbo Joy flight for the kids and their families. It’s an annual event.
M

QF4 (HNL down to SYD) is arriving on Sunday 24 at 1901 hours, 86 minutes behind schedule due to the tardy departure from SYD yesterday of QF3.