This seems like a President or PM threatening to 'pull the trigger': 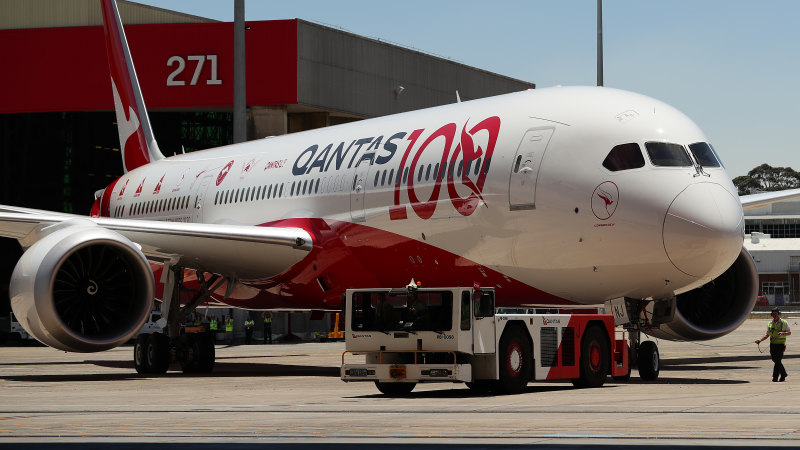 Qantas threatens to bring in new pilots for 'Sunrise' flights

Qantas has told its international pilots it will bring in a separate workforce to operate its slated non-stop flights from east coast Australia to London and New York if they do not agree to a new wage agreement.

Many of us may not support militant unions in other sectors such as building and construction, but while not in the aviation industry, I can sort of empathise with pilots (none of whose unions could be regarded as 'militant') who are very wary of longer duty time limits for these new flights (if they ever get off the ground.) Even in J, I don't find aircraft great for sleeping in - much easier to sleep on trains.

As opposed to some other sectors where unions use claimed 'health and safety' when it's really just a grab for more pay, from what one reads, the QFi pilots have a defensible position.

Will they and management compromise is the $64 million question, or is the Chief Executive looking for someone to pin any 'no we won't do it' announcement on?
Last edited: Feb 13, 2020

I think you should consider keeping your opinions to yourself with regard to this.

AIPA is the exact opposite of a militant union. The company got around a 30% pay cut for the 787. It would like that, plus some more for this time around.
M

jb747 said:
I think you should consider keeping your opinions to yourself with regard to this.

AIPA is the exact opposite of a militant union. The company got around a 30% pay cut for the 787. It would like that, plus some more for this time around.
Click to expand...

Thank you for pointing out your view of this union, but you misunderstood what I was saying (although I ought have expressed it better, Apologies.)

I didn't have any intention of tagging AIPA as a 'militant union.' If you read my third paragraph, I said how I perceive that pilots have a 'defensible position.'

The initial comment (first paragraph) was a general reference to the union movement, which does have some militant unions. CFFMEU is one. It's not alone.

I have altered the comment to read better and clarify. While it wasn't well expressed, another AFFer said to me that 'AFF would be a pretty sullen place' if we kept all our opinions to ourselves. In this case, fortuitously, we may well be in agreement re the 'safety issue.'
Last edited: Feb 14, 2020
S

What stands out is that some of the more analytical travel/aviation websites' authors - typically ones who don't always write reviews that pander to airlines and ensure they receive further trips in J or even F - have said that the project is not viable.
S

This is absolutely disgraceful conduct from La Spina:

"We will be left with no viable alternative but to have Sunrise flying performed by a new employment entity that can provide the cost base we need for this important business opportunity," the email said.

"To be absolutely clear, this is not our preferred option. And we know that flagging this will not be well received by many of you. But we want to make sure you have all relevant information when you are weighing a decision."

Translation: We have a gun to your head, and if you don't agree, we will pull the trigger. Just reminding you so you have all relevant information.
M

There's an article (with photo of an officebearer) in 'The Australian' aviation section (often worth a read, but buried in the back business pages, though it always has a page to itself) re Flight Attendants' Association of Australia complaining that CASA wasn't required to, and hasn't, consulted it re Project Sunrise. Near the bottom CASA briefly says it has 'met' with this union.

The union makes the valid point that attendants are expected to be 'first responders' in the event of anything out of the ordinary occurring, so they ought be as alert as possible during flights.

Article also has this union complaining about what it suggests is insufficient rest breaks.

According to this article QF are going to start the flights in 2023. 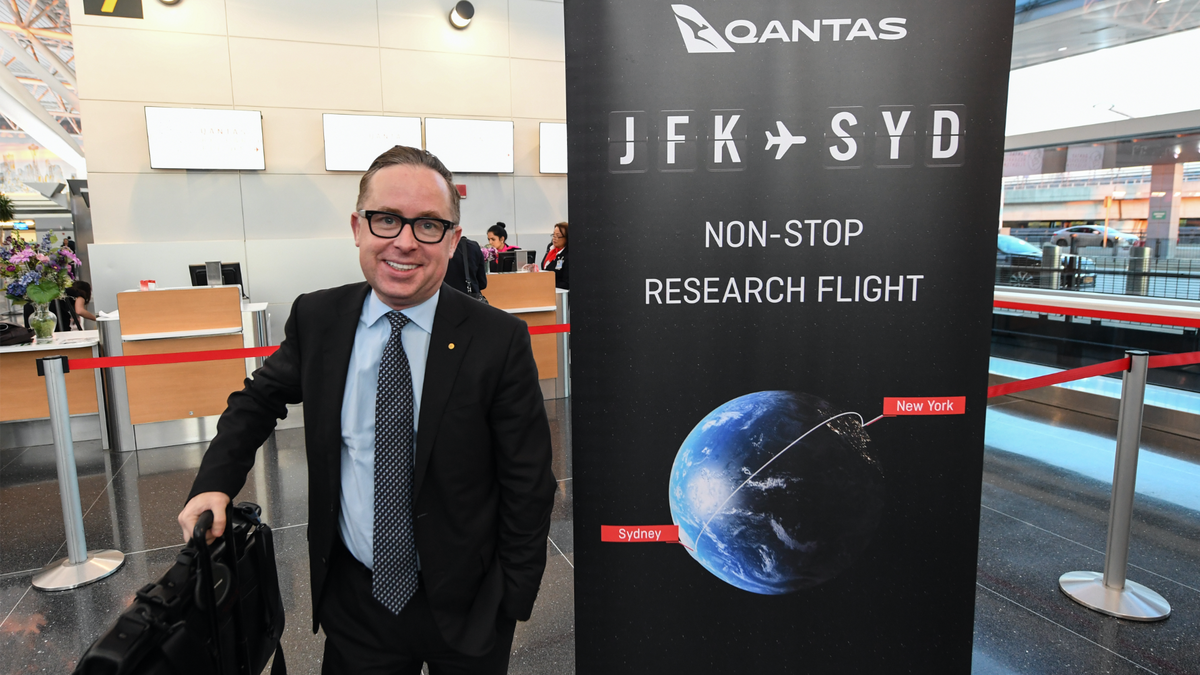 Buckle up for 18-21 hour non-stop flights to London, New York and Paris...

Flying Fox said:
According to this article QF are going to start the flights in 2023...
Click to expand...

If, as Joyce claims, 'over (sic) 75 per cent originate in PER' (for QF9, then that confirms that QFi has lost thousands of passengers per annum to/from LHR who previously travelled from/to MEL on what was the daily A388 via DXB.

Given that the seating configuration for the B789s is only 236 (fewer at present due to the enforced avoidance of Iran), and so about half of an A388, Joyce's comments indicate that there's an average of about 50 to 60 a day from MEL (or elsewhere other than PER) using QF9.

This compares to perhaps an average of 350 a day on the previous A388 'via DXB' route. (Not all these ex-MEL passengers were off to LHR, but let's assume that 250 of them were.) One day when I travelled, QF9 had under 300 passengers departing MEL but on the return, QF10 was full leaving LHR.

So when he crows in 2023 about some imagined 'success' of Project Sunrise, let's remind him that QFi must have lost market share from MEL to LHR (and elsewhere in Europe, since the connections in DXB were arguably easier than at LHR and didn't involve backtracking.)

And as for his claim of the fares to be at a '20 to 30 per cent premium', the market's rate of bookings will determine that (unless QFI wants to lose money.) QFi fares are already expensive.

However given the superior service on board airlines like SQ and the view of many that it's more pleasant to have a stopover, many travellers will still opt for one-stops to London, Paris or New York.
Last edited: Feb 18, 2020
J

jase05 said:
Although it doesn’t interest me in the slightest especially being slugged 20-30% more for the “privilege” to fly for 20hrs straight I think I’m in the minority and this will be massive for QF
Click to expand...

I'm with you Jase05 - happier with an indirect flight than straight through in a carbon fibre can for 20hrs.

Just quietly in the background considering the 20-30% figure is a marketing strategy to create expectations and then everyone will think what a great bargain when the fares are only 10-15% higher.
J

OATEK said:
I'm with you Jase05 - happier with an indirect flight than straight through in a carbon fibre can for 20hrs.
Click to expand...

Can definitely see how it would be a game changer for business people but my OS travel is leisure only these days I don’t mind taking the long route. Maybe it’s just me but I have found QF’s 787 J seats to be quite uncomfortable, maybe if the new aircraft improve their comfort I’d consider it?

20-30% premium, eh? So expect SFA QFF redemption seats (not that there were any before)
cheers skip
S

Melburnian1 said:
However given the superior service on board airlines like SQ and the view of many that it's more pleasant to have a stopover
Click to expand...

The superior service alone is enough reason for me to avoid Sunrise like the plague (or chinese coronavirus 2019). Not to mention the hard product. The stopover is a bonus.
D

Melburnian1 said:
The union makes the valid point that attendants are expected to be 'first responders' in the event of anything out of the ordinary occurring, so they ought be as alert as possible during flights.
Click to expand...

One flight experience I had, I was half asleep on a flight from LAX-MEL, it was probably 4 in the morning LAX time and an announcement repeated over the speaker to put on masks (which hadn't actually dropped from the ceiling ... false alarm). Nevertheless, the adrenalin that pumped through my body was incredible, I was awake and alert for the next 3 hrs, it completely overrode my tiredness (similar has happened a couple of times on overnight flights during severe turbulence). No good for flying the plane, but I am sure it would be help in implementing evacuation/cabin preparedness procedures, I guess biologically that's what it's there for. But also I guess we all react differently.

Was also an article in AFR yesterday about a group of rebel pilots circulating negative presentations about the offer, independent of AIPA

I don't see much carry-on about safety with that flight.

I don't see much difference with the project-sunrise proposal except SQ ditched Y and F from the config.

So the key question the next is: what crew does SQ use for that flight and how does it compare with what QF want to do? How many flight crew? How many cabin crew?

For additional comparison, how does QF crew the PER-LHR and rtn legs on the B787-9?

Scarlett said:
For additional comparison, how does QF crew the PER-LHR and rtn legs on the B787-9?
Click to expand...