Predictions of when international flights may resume/bans lifted

Seeing it’s April Fools day, I thought it might be fun to set up a thread to cater for a kind of guess the “lollies in the jar” kinda competition

So feel free to make a guess / prediction for one or more regions.

For each guess, a month / year (date, in case of need of tiebreaker) please

I'll throw my hat into the ring:

These are across the board.

Only mention toilet paper and pasta because I came out of 14 days isolation today and are still unavailable. Fresh food which I craved was in plentiful supply

@CaptJCool I am not sure if I will take a stab at this one. You have already messed with my mind with the idea that I may have been able to escape SA. Now overseas, it is all just a bit overwhelming for a simple chat like me. Next time I look in the mirror and see that old guy who taunts me I am going to ask "are you CaptCool" depending on the answer will help me understand if I am going nuts during my semi confinement.

Back on topic I pick B as proposed by @Pvcmenace with a caveat to Tasmania.
J

jase05 said:
The PM indicated tonight that these restrictions will be in place for at least 6 months so realistically I don’t see any regular International travel until October 1st at best unfortunately
Click to expand...

It’s why I put 2 sets of predictions up because I suspect Australias domestic services will resume WELL BEFORE any international services..... I’m thinking European travel is a not before Oct/Nov and USA travel not before 2021....

CaptJCool, thank you for the intellectual challenge of pondering this I will have my own stab at it, and include reasoning just to be fair (as I have a late night crystal ball that is unfailing, so makes the contest a tad unfair to others )

You were not specific in stating from/to regions, so I am assuming the question is from Australia to those other regions? And I also understand your question to mean "when will international travel not require an isolation period upon arrival" - as this is clearly something that mainstream tourism and most business travel cannot take. In any case I will answer your question in two parts - the first as to when areas will open their doors to international travel. The second part will be from the Australian end.....

This will be a very staggered affair. Countries such as Indonesia and Vietnam will open their doors very quickly - perhaps in about four months after the tsunami has started to ease - so call it from late July onwards. At the other end of the spectrum is China - they are a powder-keg that needs to stay sealed until a cure or vaccine is invented and implemented - so count China out until at least March 2021. More likely July 2021.

They are different from the impoverished asian nations in that tourism is not such a high priority. But through either ineptitude or cold economic planning they will also have the curve peak very soon - so I expect that international arrivals will be welcome possibly around September - their curve will have peaked before that but they will take a few extra months to get over the mass burials and again accept that the economy is yet again their number one concern.

Like asia, a mix of very different kettles of fish, but also somewhat similar - they will undergo their carnage over the next two or more months, but will rapidly then desire to get the economy moving again - so as a broad prediction, again I say September 2020 as per USA. In the next week or two some countries may be more succesful/aggressive in slowing the curve so they may hold out until end of 2020.

OMG. Has anyone EVER predicted something in the middle east with confidence?? I would expect overall that the drive to renew tourism will vanquish any real decent reasons for any decision. A most disconcerting region where common sense is very absent - or at least we as westerners cannot fathom the whole deal. I predict the principle nations (travel wise) such as the UAE to be opening for business very soon - maybe as early as July 2020.

Yet again, a complicated region. So very much dependant on travellers and tourism, but also wealthy enough in spots to adhere to best practice. Take for example Rarotonga - lives from tourism, but has a very elderly population and scant medical services. They will truly struggle in making decisions. I think (hope?) that they are a society that values elders lives more than economic success - hence I think they will keep their borders closed much until, like China, a vaccine or great cure is found. So Let me guess that in general, opening to tourism, etc will not occur till mid 2021.

So now to part two, which really is the big one: What will Australia do? I think that although we will suffer, we will be more succesful than many other countries in lockdowns and flattening of the curve. At the moment there is much focus on the economic side, but once the wave really hits us the tide will turn somewhat to the other side - that of sheer deaths and human loss. I think we will be in some sort of lockdown for a very long time. So even if other countries open their borders, we will still have restrictions (such as upon-return enforced isolation) that wil make flippant international travel very unappealing. I am here probably going to go way out there, but I predict we as Australia will have severe travel restrictions for about a year. So March 2021. Unless off course some miracle cure/vaccine appears before then.

I personally have given up on contemplating any international travel until about that time - March 2021.

CaptJCool said:
It’s why I put 2 sets of predictions up because I suspect Australias domestic services will resume WELL BEFORE any international services..... I’m thinking European travel is a not before Oct/Nov and USA travel not before 2021....
Click to expand...

I haven’t seen the thread on domestic services but I can’t see domestic kicking off until July 1st at absolute best, more likely August IMO

I think international travel will re-open in bits and pieces here and there. Unfortunately, I don't think we'll get a real picture of the damage in various countries for a month or so yet. And realistically, in Australia, we're only at the start of where this is going.

Having said that.
Parts of Asia: August or September
Parts of Europe: September or October
North America: Who knows, but it seems to have gotten away from them


But, depending on how things go, we may get some freeing up of domestic flights maybe June/July.

Whatever happens, it will most likely be piecemeal.

jase05 said:
I haven’t seen the thread on domestic services but I can’t see domestic kicking off until July 1st at absolute best, more likely August IMO
Click to expand...

when will state borders re-open?

Hey everyone Seeing it’s April Fools day, I thought it might be fun to set up a thread to cater for a kind of guess the date a State border re-opens. The idea is to pick a State and take a guess when one or more State border might re-open. Queensland (NSW, NT, SA) Northern Territory (QLD...

Unrestricted domestic air travel. October 2020. But there won't be any airlines.

jb747 said:
Unrestricted domestic air travel. October 2020. But there won't be any airlines.

jb747 said:
Unrestricted domestic air travel. October 2020. But there won't be any airlines.
Click to expand...

Will just have to do some stops in (CED & KGI?) between east coast and PER

Pictures at PIT of AA aircraft suggest a long time for the US to get going.

All international flights back to normal by July.

Dr Ralph said:
All international flights back to normal by July.
Click to expand...

Dr Ralph said:
All international flights back to normal by July.
Click to expand...

And this has to occur as I have multiple international flights scheduled from this point!
Last edited: Apr 4, 2020

NZ is having their problems.On Thursday their 89 flights carried 165 passengers.Average 1.85 per flight.
So Friday they reduced capacity to just 5% of pre covid normal levels. 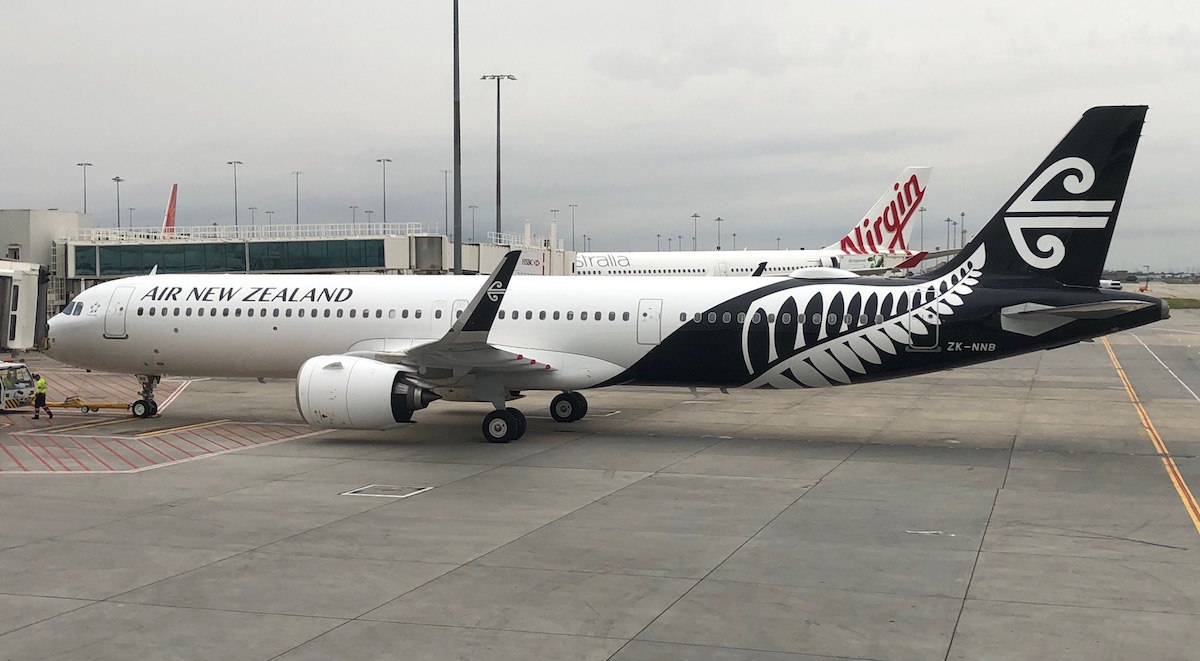 Air New Zealand Flights Are Empty | One Mile at a Time

drron said:
NZ is having their problems.On Thursday their 89 flights carried 165 passengers.Average 1.85 per flight.
So Friday they reduced capacity to just 5% of pre covid normal levels.
Click to expand...

Interesting, at any other time being a flying fiend I'd book some flights just to experience how surreal it is but in current circumstances I can't do that and not in good conscience.

flyingfan said:
Interesting, at any other time being a flying fiend I'd book some flights just to experience how surreal it is but in current circumstances I can't do that and not in good conscience.
Click to expand...