RooFlyer said:
banning travel from there, including Tasmanians, without an exemption.
Click to expand...

I remain appalled that governments persist in locking their own residents out of their homes, jobs, families and lives.

SydneySwan said:
I have a 'mole' in NSW Treasury who is always telling me how the upside of all the border closures to Sydney residents is it helps keep the money in NSW rather than spending it in foreign jurisdictions like Queensland. He jokes that the finding of Covid cases in Sydney whenever school holidays starts is all part of the 'cunning' plan.
Click to expand...

justinbrett said:
Are you sure your mole doesn't work for the WA Treasury?

Mark McGowan is saying this all the time (about WA).
Click to expand...

Pushka said:
Nope, they work in SA Tourism. Where our Premier is currently occupying his time as he hasn't run the state since March last year but lets the PC do the job.
Click to expand...

I maybe off track but onto something. All three moles are most likely related, possibly a second removed love child from a two headed dad I also suspect the SA mole is from the part of the family that no one talks about. Not to be out done by lockdowns our family member may/ has introduced restrictions in SA because everyone else is doing this. To the best of my knowledge we the citizens of the DPRSA can travel to any location and will be locked up on arrival and upon return we will be locked up again.
Last edited: Jun 29, 2021

Mattg said:
Don’t worry, my plans got messed around yet again and I’m now going via MEL.
Click to expand...

jakeseven7 said:
There is a massive exodus from BNE today, most fleeing back to Melbourne. I squashed some of our team onto the QF service via Newcastle to Melbourne as the directs all sold out!
Click to expand...

Just like last lockdown, burglars paradise in my area.

QF WP said:
Neurum Creek - not looking good on the weather side as well. Need the lockdown to be extended so we can cancel and transfer to later in the week

NSW has finally plugged the hole 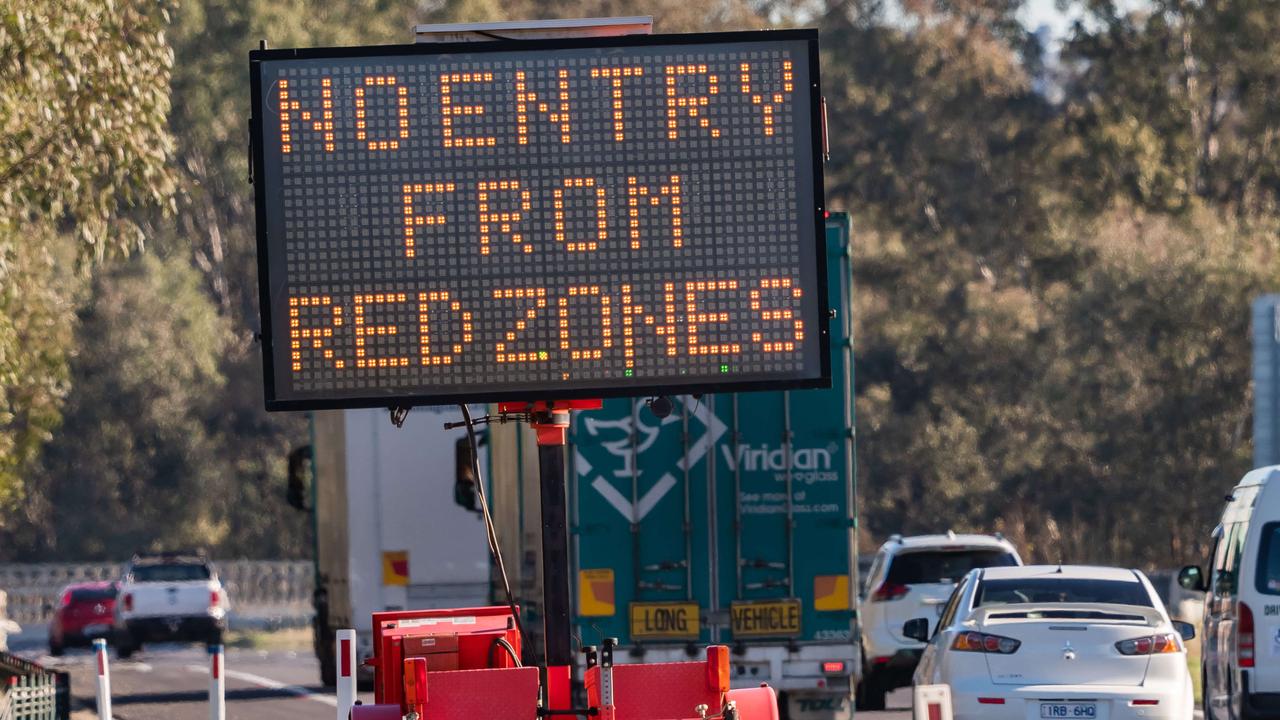 All you need to know for interstate travel around Australia

Well, they've put a couple of traffic cones around it

Victoria has turned the rest of NSW orange (if not already orange or red).

Could I please ask a serious question? My son is flying back from Buller (MEL) on Sunday 4th July. Is MEL amber for QLD only for the dates and times listed on qld.gov.au site, that is, up to 26th June? Is MEL green otherwise?

Yes, we're (Brisbane) coming out of restrictions from 6pm tonight - watching the live advice. One new case is close to home, but not concerned as we've been locked down or nowhere near any of the exposure sites to my knowledge 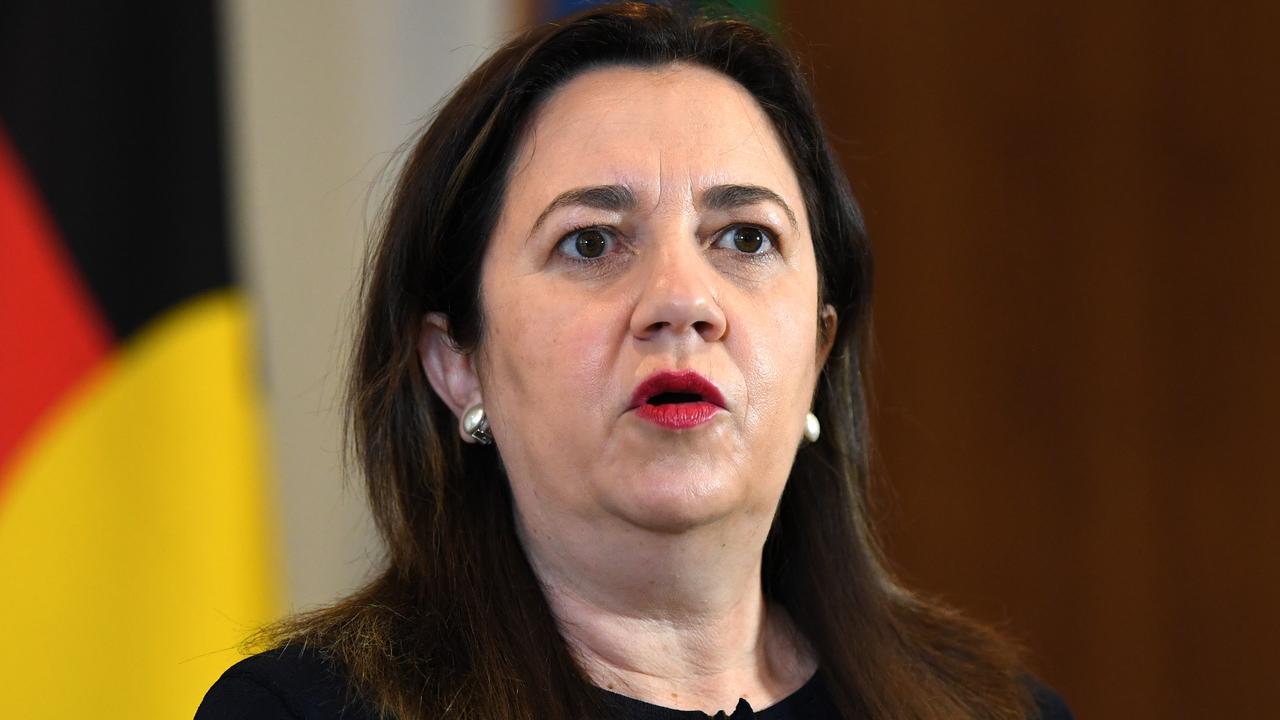 Annastacia Palaszczuk has confirmed the Brisbane and Moreton Bay lockdown will end at 6pm tonight as scheduled, but warns the state is “not out of the woods yet”.

Of course, family camping holiday is already cancelled (and thankful, as setting up and being in rain and windy conditions for 4 days was not high on my agenda - postponed until September school holidays and already booked).

McGowan doesnt look likely to chnage Victoria's orange status given this comment today "The time might not be right, New South Wales might get worse and we might be fearful it can spread to Victoria. So we're just being precautionary about that,".

So it sounds like WA doesnt trust Victoria to be able to keep out spread from NSW.

Lynda2475 said:
So it sounds like WA doesnt trust Victoria to be able to keep out spread from NSW.
Click to expand...

McGowan is just being McGowan. I wouldn't read anything into the comments about NSW or Vic in particular.

He locked himself down! Doesn't trust his own mob?

RooFlyer said:
McGowan is just being McGowan. I wouldn't read anything into the comments about NSW or Vic in particular.

He locked himself down! Doesn't trust his own mob?

He doesn’t trust the NSW lockdown’s ability to keep people in place.... Clearly has no love for Gladys after today’s sniping... can’t wait to never hear from any State Premier ever again....
H

Not sure why but I woke up this morning with a feeling of deja vu and I had somehow misplaced the previous 12 months of my life. Anyway the Government assures me they now have plan and I should start to get it back some time after christmas. Just not sure if that will be this year or next but I for one am getting tired of constantly having to cancel and change travel plans only to do the same again a month later.

I’m looking forward to seeing the Federal government go to an election with this plan…..
A

jb747 said:
I’m looking forward to seeing the Federal government go to an election with this plan…..
Click to expand...

Particularly for those of us watching a full crowd, maskless at Wimbledon.
J

antycbr said:
Particularly for those of us watching a full crowd, maskless at Wimbledon.
Click to expand...

And I’m watching my family holiday in Spain...
D

jakeseven7 said:
And I’m watching my family holiday in Spain...
Click to expand...

And I’ve been watching friends who’ve had holidays all over Australia for the last 12 months. FNQ, Gold Coast, Sydney, NT, Tassie, even Perth …..

antycbr said:
Particularly for those of us watching a full crowd, maskless at Wimbledon.
Click to expand...

Good on ‘em. We’ve had more, maskless at footy matches many times this year. We have 100% maskless capacity at events here (Tas) for a while. # England has been ‘maskless’ before too. Remember what happened, more than once?

People wanted a plan, so they got one. Personally I don’t think it’s worth a pinch of poo, as the Premiers can torpedo it if they want ( hello QLD, WA) and if we get another bad mutation, it’ll be back to square one.

Lynda2475 said:
McGowan doesnt look likely to chnage Victoria's orange status given this comment today "The time might not be right, New South Wales might get worse and we might be fearful it can spread to Victoria. So we're just being precautionary about that,".

So it sounds like WA doesnt trust Victoria to be able to keep out spread from NSW.
Click to expand...

So all about Victoria being the danger again I see. Not that I would take Mark McGowan as the authority on Covid19, though he does know exactly what buttons to push with his voters and his press conferences are to that audience..


However back in Oct 2020 VicDHHS greatly changed how they handle CV19 (ie two rings method, improving contact tracing and raft of other changes etc) .

So since 1st Nov 2020 Victoria since those changes has had 160 local community cases of Covid 19. So yes on your highlighting of border transmission into Victoria over one hundred and twenty of those cases yes did originate from another state and so that in recent history is where most outbreaks in Victoria have been sourced from (Not that I am finger pointing as the virus is very transmissible), but irrespective of that since the new measures have been deployed any outbreak in Victoria has been quite swiftly dealt with.

The Whittlesea and related clusters grew to 94 cases in part due to an early case who was a super spreader not getting tested for 12 days when symptomatic but also in large part due the much higher transmissibility of the new strains (The transmissibility of which you at the time ridiculed when Sutton reported what the contact tracing had discovered, but which presumably now that Dr Chant has reported the same behaviour you accept) and that has led to the settings being changed in Victoria (ie No lockdown was for used at Smile Buffalo Outbreak)
..


NSW has in the same period 496 local community cases (not including whatever today's cases are). I make no negative judgement as NSW Health works well and the virus is easily transmissible, but your constant harping on how things are managed in Victoria ignores the actual reality of what has happened since last October.
Last edited: Jul 4, 2021
Share:
Facebook Twitter Reddit Pinterest Tumblr WhatsApp Email Share Link