The last I heard, the new midfield terminal might actually open before year end (after at least 2 yrs delay).

Any more up to date status?

Also, has anyone seen what is planned for new EY lounge facilities? You’d think they might be a bit more special than existing ones. The current 1st Lounge is nice but created as an afterthought when the original was too small. The J Lounge when it opened was a vast improvement but usually very crowded.

I'm also keen to learn when it opens. It's agony taxiing past it lit up beautifully to then park at a remote stand and watch F lounge time slip away. Have had a bit of a hunt online but can't seem to find anything from the last few months. I'm guessing they wouldn't be keeping it quiet so 2020 looking likely, hopefully with everything functioning!

Yes, the lack of anything recent online is odd. Perhaps their PR team learnt from the BER fiasco? I was due to fly out of BER in April 2012...
Earn Cash from everyday purchases
Get paid up to 25% in real cash from your everyday purchases from leading companies such as Virgin Australia, Booking.com, Woolworths, Coles, Apple, Microsoft and much more. Free to join and no catches!
Recommended by the Australian Frequent Flyer
P

An article online from earlier this month suggests it might be late next year: Abu Dhabi's multi-billion dollar airport likely to open in 2020: sources

A pity, I am scheduled to fly through AUH in early Jan 2020
P

Another article from a few days ago (26/11) quoting the "Chief Programmes Officer" at Abu Dhabi Airports which confirms that the opening has indeed been pushed to 2020: Abu Dhabi Midfield Terminal more than 97 per cent completed

Abu Dhabi: An opening date for Abu Dhabi’s Midfield Terminal will be announced next year, with the massive 742,000 square metre terminal now more than 97 per cent completed, said senior officials from Abu Dhabi Airports in the capital on Tuesday.
“The current progress of the terminal building; we’re about 97 per cent complete [and] we are focusing right now on testing and commissioning,” said Sulaiman Al Siksek, acting chief programmes officer at Abu Dhabi Airports, on the sidelines of the ACI (Airport Council International) Airport Exchange. “We are also working with our colleagues in operations and all the airport users on operational readiness trials. These activities are currently getting quite advanced, we expect more advanced trials towards the end of this year and early next year,” he added.

“Once we are confident with these trials and airport users are ready; we will announce an opening day,” he said.
Click to expand... 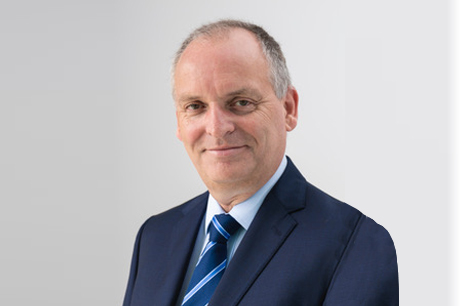 Prominent industry figure, Gavin McKechnie, has left his post as Senior Vice President, Commercial at Abu Dhabi Airports (ADAC), after returning to the company just two years ago. He completed his

Prominent industry figure, Gavin McKechnie, has left his post as Senior Vice President, Commercial at Abu Dhabi Airports (ADAC), after returning to the company just two years ago. He completed his

I saw that article on the weekend and meant to post with the quote of mid to late 2021 (put down to COVID 19 delays).