Must...Fly! said:
I can see a world where MEL-HKG disappears in favour of BNE-HND
Click to expand...

I tend to agree. Given the new joint venture with Virgin Atlantic, I can't see VA withdrawing from HKG completely. But I could see them cut back from 2 to 1 daily flights to HKG.

I suppose 4x weekly SYD-HKG and 3x weekly MEL-HKG could also be possible, but I think they would favour daily service from one port. And that one port is more likely to be SYD than MEL, given the only reason they started serving HKG from MEL in the first place was due to the curfew in SYD - something that is no longer a problem as they have better slots in HKG now.

I wonder if VA and DL can/will explore co-operation on AU-US routes via HND, given that DL has also recently gained a bunch of slots at HND to "become the largest U.S. carrier serving Tokyo-Haneda in 2020".

pangwen said:
I wonder if VA and DL can/will explore co-operation on AU-US routes via HND,
Click to expand...

Maybe, but I think in terms of time flown out would usually be faster to do the BNE-LAX run and connect at LAX (even if it is the airport from hell).

Though when JL had their BNE-NRT route we would fly BNE-NRT-JFK.Left BNE 1 hour before the QF LAX flight and got into JFK an hour before the QF flight from LAX.
Of course paying about 50% of the J fare on JAL for a then better product didn't come into it.
I

Heard that HND is much closer to Tokyo than NRT. Therefore it's easier to get into town. Is that true?

InfreqFlyer said:
Heard that HND is much closer to Tokyo than NRT. Therefore it's easier to get into town. Is that true?
Click to expand...

Depends quite a bit on which part of town, Tokyo's a big place. But from most parts of Tokyo you can contemplate a taxi to Haneda, whereas you wouldn't to Narita.

InfreqFlyer said:
Heard that HND is much closer to Tokyo than NRT. Therefore it's easier to get into town. Is that true?
Click to expand...

An Australian comparison of HND vs NRT, in terms of distance from the city, would be AVV vs MEL.

Which airport is "better" depends on where in Tokyo you are trying to go or what sort of connection you are making.
Haneda is to the South East of Tokyo between Tokyo and Yokohama on the shore of Tokyo Bay. It is 15 minutes train from the nearest major station (Shinagawa).
Narita is about 50kms east of Tokyo in farm land in Chiba Prefecture. It is 38 minutes by high speed train from the North Eastern parts of Tokyo (Ueno). The JR "Express" (which many people think is the fastest option from Narita) takes 60 mins direct to Tokyo Station.
Both airports are connected to each other by bus and train options within 45-90 minutes depending transport method used and traffic conditions.

It is no harder to get into Tokyo from NRT then from HND. Both airports have a number of train and bus options to locations all over the city.
Claiming that one Tokyo airport is "better" then the other is a non starter.

I don't care so much about the finer details - I am just very happy that common sense prevailed and the IASC recognized the need to accommodate both VA and QF for this destination.

Did I miss something, or did Qantas not commit to taking up their designated slot? And does that mean they were never really interested anyway, but that they just didn't want VA to have both?
B

For NRT and HND, cost may also come in as a factor - it's only ~38 minutes on the skyliner or ~60 on the NEX however these cost 3000+ yen on a one way ticket - much cheaper to grab a local line from HND. This may factor in some people's considerations. I personally would probably prefer to fly in/out of HND especially if I end up with a lot of luggage and want to take a coach over the train since I don't have to lug them around the train station (coaches take a lot longer than the train to get to NRT!).

Given Qantas only got 1 slot instead of 2 they probably need to figure out which route they want to put on. Given how rare it is to get HND slots I think Qantas would have wanted both.

I think it makes sense that VA gets 1 and QF gets 1.

I’m sure VA will be withdrawing an A330 from HKG to use as they are getting slaughtered on that route and it makes no sense to keep losing money there, they can always reintroduce a HKG service should the political environment stabilise - they still have a couple left on trans con to do this.

I’m sure should VA fail to make money on the Japan route QF will pick their slot back up again.... and with VA’s track record with launching international routes its a very real possibility that it won’t work out!

clipped_wings said:
I don't care so much about the finer details - I am just very happy that common sense prevailed and the IASC recognized the need to accommodate both VA and QF for this destination.

Did I miss something, or did Qantas not commit to taking up their designated slot? And does that mean they were never really interested anyway, but that they just didn't want VA to have both?
Click to expand...

You missed something.
QF applied for both of the new slots and is quite committed to using both. Qantas put in their application for the slots on the first day they were open. VA waited until the last day to apply before asking for 1. With VA's history of long haul flights, fleet size and financial issues, I would not be surprised if they started dropping flights after the Olympics before canning the route by early-mid 2022.

Both airlines submitted their applications before the closing time. Surely that's all that matters rather than who submitted first?

Mr Pumblechook said:
Both airlines submitted their applications before the closing time. Surely that's all that matters rather than who submitted first?
Click to expand...

To obtain the slot of course it is.

I think the point being made is VA has claimed to have been essentially ‘planning for ages’ to fly to Japan and is ready to take the slot but there is some doubt as to whether this is actually accurate..., and the fact they submitted last minute, on the face of it seems to reinforce a bit of a slap dash to the line submission. (I didn’t make the original point however so just my interpretation)

I really hope they have measured twice before they made this submission...

Yes they may have been peering over at the fence wondering how QF is doing so well in Japan and want a piece of this...

...But QF has had a presence in Japan for a very very long time, they have developed the market and destinations for a long time, have equity in a domestic airline in Japan, a very deep relationship with Japan’s best and #1 carrier (in fact QF is in business with them). The QF brand is well regarded by the Japanese.

I hope it works out for VA, we need competition, but like a lot of their other international decisions it feels very wobbly...

For my last post prior to permanently suspending my participation on AFF, I would like to congratulate a victory to common sense and the split of the two available HND slots between QF and VA.

According to some with purported 'knowledge' of the subject, VA have achieved what was deemed 'impossible' to achieve by those members... (I do note that 'impossible' was later revised to a 10% chance).

Certain 'facts' (and not 'opinion') were presented here, by some with purported 'knowledge' of the subject, which were complete and utter bulls#!t. These 'facts' were not reported anywhere else at the time (even on dubious sources) and therefore could not be substantiated in anyway. In the end, the bulls#!t was exposed as a lie but it made participating in this thread a futile exercise.

It has become difficult to argue against all of the bulls#!t purported to be 'fact' (and not 'opinion') in this and many other threads on AFF. So I am going to raise the white flag and, after almost nine years and 3100+ posts, spend my time more usefully in the future...
Last edited: Oct 30, 2019

What do I get for winning? 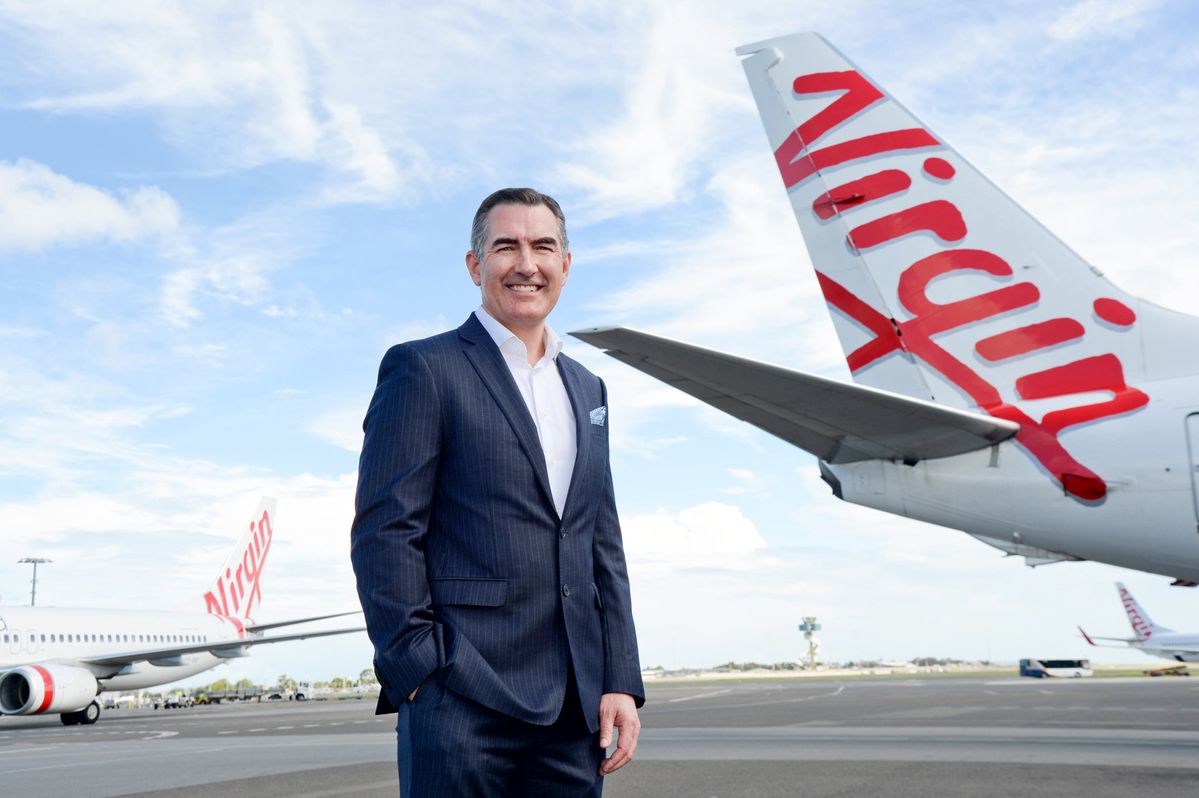 Virgin Australia says it will 'suspend' flights between Melbourne and Hong Kong in favour of the new Brisbane-Tokyo service.

Selfishly I was hoping it was the SYD-HKG route as the MEL-HKG route is so much better for us but at the end of the day I want to see VA do what’s best for them and hopefully everything works out fine. Wouldn’t mind heading to Japan in the next couple of years so keen to see how this partnership pans out

By April, there will be the following non stop AU-JP flights

NH and JL are switching several flights to HND from NRT.They have both suggested there will be some NRT flights added but we will have to wait and see if any extra Australian flights added.
M