RTW to no-where in particular

This OneWorld RTW is going to be an odd one. When people ask me where I'm going, I've found myself saying 'nowhere in particular'. Its going to be a bit of a hodge-podge of some favourites re-visited (New York, Paris, Istanbul), some quick stops to get some history that I have been meaning to see for ages (Mexico City, Himeji, near Osaka, Strasbourg & Rhine valley of France), visiting relatives (French Alps), some new places (Bruges, Malta, Geneva, Taipei - maybe - and the Huntsville, Alabama rocket museum). A bit of lounge hopping - looking forward to a couple I haven't been to, such as new-ish AY J lounge in HEL, TK at the new IST airport, QR in SIN and First Lounges in NRT (JL) and SIN (QF).

Inspiration hat-tips to @amaroo for New York and the temple at Mexico City, @Jacques Vert for Strasbourg, Geneva and places in between, @JohnM (and others) for Huntsville and @get me outta here and @drron for Big Apple Greeter; other tips from @esseeeayeenn , @gojun and many others on AFF.

Starting off with a night in Brisvegas to see my nephew & niece and their kids; HBA-MEL-BNE-SYD is on a separate ticket.

The OW RTW is QF, AA, QR, AY and JL, all in business, with IST-MLA on TK and MLA-MUC-BRU on LH, also in J. 44,800 miles, 72,000 km. Hotels are a mix too - some Accor, especially in France and a bunch from Booking.com. I have a night in the TWA hotel at JFK and the Oryx Hotel air side at DOH, both of which were expensive, but very convenient for early morning flights.

its about 5 weeks until I get to Japan, and Taipei a few days later, so I will be looking at Corona Virus progress there over the coming weeks. I'm prepared to skip Taipei, but avoiding Japan would be very inconvenient. I have a heap of hand santitiser and some good masks, if it comes to that.

It starts Wednesday. But one of the great things will be on Tuesday, I'll be having lunch with my Uni supervisors and I'll be dumping a complete second/third draft of my thesis on them for their reading enjoyment! 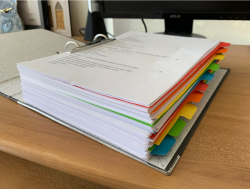 Yeah, I know hard copy is a bit quaint, but this is for the more 'senior' of my supervisors who would be printing it out anyway ... I'm not sure if they'll see the pleasure in my leaving it behind the same way as I do but they have got used to my gallivanting about the place. When I get back, it'll be corrections, additions etc as they suggest What they don't know yet is that 10 days after I get back, I'm off on a trip to Romania, Moldova, Translistria and Ukraine

First stop, Hobart Airport which, as usual will probably be an inauspicious start.

If you have time while in the area around Geneva and the French Alps, Annecy is well worth a visit.

Jacques Vert said:
If you have time while in the area around Geneva and the French Alps, Annecy is well worth a visit.
Click to expand...

Absolutely second that view. Can be done as a day trip too. Yell out if you want some advice on how to get there etc.

Jacques Vert said:
If you have time while in the area around Geneva and the French Alps, Annecy is well worth a visit.
Click to expand...

Red pin is where the rellies live. I think Annency will get a guernsey ... I decided to stay in Chambery on the way to Le Chatelard to see the historical village. 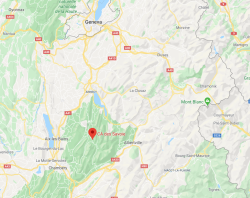 Very jealous. Sounds like an amazing trip. And I love that it's just a hotch potch of things that you are interested in.

Love the zig-zag track. Looks like you are trying to lose a tail (spy, not plane). The great thing about starting in HBA is that the only way is up!! Will follow along with interest, as always.

This should be interesting

Can I ask what tool you used to create the map with waypoints in the first post?

Add each airport separated by a dash, use a comma to insert a break (land segment).

Off I went today - HBA-MEL in whY, then MEL-BNE in business (points upgrade).

Hobart airport experience better than usual, no-dramas to Melbourne; Premium boarding enforced and worked! At HBA!!. Bumped into @boomy at the MEL J lounge, on my way to board, so just a quick 'Hi'. More Premium boarding working.

A great crew in the J cabin, 3 options for lunch but I just had soup as I had the laksa in the Spice Bar in Melbourne. Flight went quickly, landed at BNE which I haven't been to for years.

Then, miracle of miracles, 'priority bags' worked too! My bag was second out. I'm buying a lottery ticket!

I have a night at the airport Pullman - a bit of a hike to get there,# but effortless check-in and a nice room: 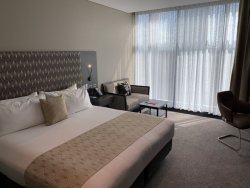 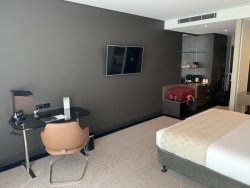 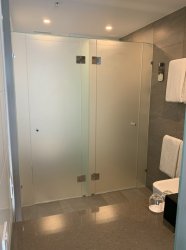 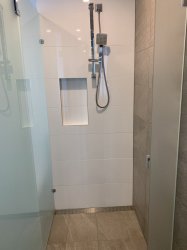 Off the Brekky Creek hotel for dinner with rellies.

# Hmmm .. I have a full suitcase - as I'm doing deep winter ( 2 degrees in NYC), rainy winter, Mediterranean, Singapore etc etc. So heavy coat, rain coat, jumper, change of pants, change of shoes, summer gear, Lonely Planets, the LOT! At 17 kg it felt just a little heavy dragging it to the Pullman. Hmm ... @JessicaTam will not be impressed.
Last edited: Feb 19, 2020

Was nice to catch up with you today @RooFlyer and with this TR which I’ve somehow missed until now.
Seems like another great trip, looking forward to read on.

I look forward to seeing how this one goes Let me know if you need tips for Mexico City (though admittedly I was only there for three nights...)

My main mission there is to visit the Teotihuacan temple complex. Any tips for a private guide, or even how to get out there from downtown?

RooFlyer said:
Then, miracle of miracles, 'priority bags' worked too! My bag was second out. I'm buying a lottery ticket!
Click to expand...

Curse you - you're using up all the Good Luck credits with the Travel Gods. Leave some for the rest of us

kookaburra75 said:
Curse you - you're using up all the Good Luck credits with the Travel Gods. Leave some for the rest of us
Click to expand...

Given your statement below, I presume you had a view of flying pigs from the window?


RooFlyer said:
Then, miracle of miracles, 'priority bags' worked too! My bag was second out. I'm buying a lottery ticket!
View attachment 206235
Click to expand...

My main mission there is to visit the Teotihuacan temple complex. Any tips for a private guide, or even how to get out there from downtown?
Click to expand...

I caught a bus out there, couple of years ago so can't remember the exact details but found some useful information on the web that I followed the instructions of.. I didn't use a guide, just screen shot on my mobile phone some information from websites on it so I could look it up as pictures on my phone as I walked around...

The heavens did open up near the end of the day so didn't get to see everything before I ran back to the entrance absolutely saturated and caught a bus back into the centre of the city...