On The Highway To Hell | Australian Frequent Flyer
Menu

On The Highway To Hell

This TR does not involve any flying and only very little physical travel. Nevertheless, it’s a trip of sorts…


This year is the 40th anniversary of the untimely death of AC/DC singer Bon Scott – born in Scotland, came to Australia at the age of six and then settled in PERth – well, Freo. – and whose ashes are interred in Fremantle Cemetery (Bon Scott - Wikipedia).

And the rest is history.

To commemorate Bon Scott and AC/DC, and as a nod to the legendary truck-back live performance of Long Way to the Top (if You Wanna Rock ‘N’ Roll) along Swanston St in 1976 (), the finale event of the Perth Festival yesterday was the Highway to Hell (Highway to Hell - Perth Festival).

Ten kilometres of Canning Highway was closed for the ‘world’s longest stage’ to be transited by eight semi-trailers, each with a band performing AC/DC songs in their own style. The bands played as the trucks travelled, but stopped at several designated stops in ‘zones’ to perform a song in its entirety.

I opted for Stop 6 in the ‘Valley Zone’ near the Leopold Hotel and a noted pub-music venue. 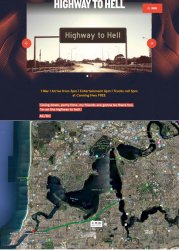 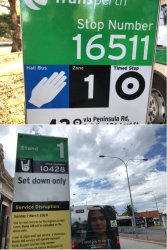 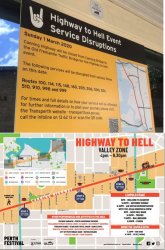 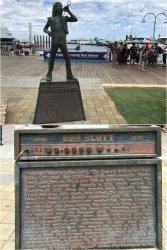 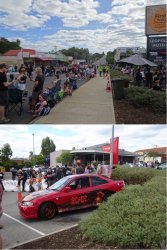 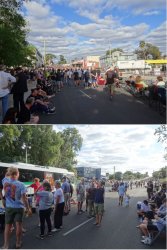 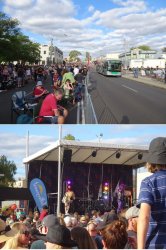 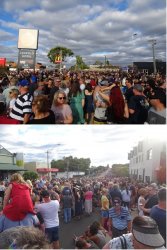 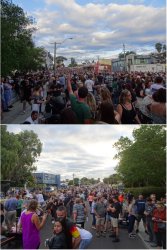 And the first truck comes into view. 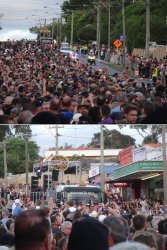 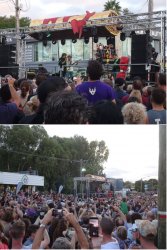 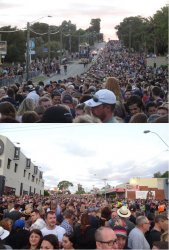 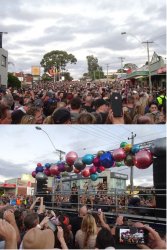 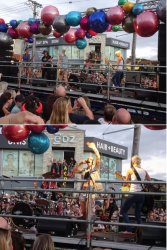 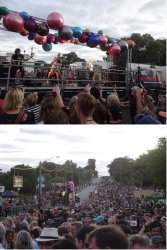 Truck 3 and a unique Finnish group called Steve ‘N’ Seagulls – check them out on YouTube. 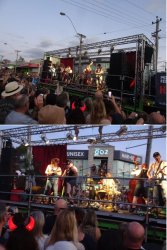 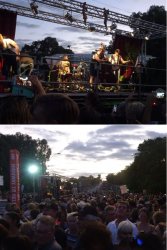 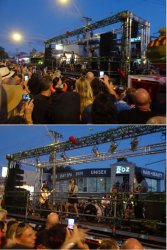 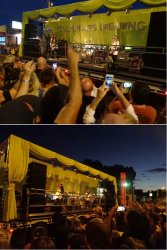 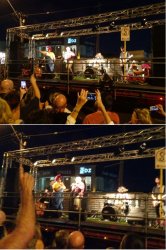 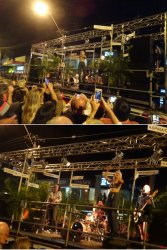 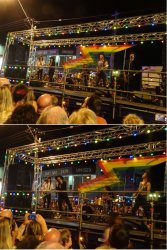 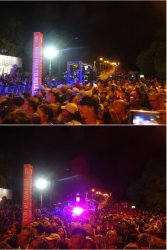 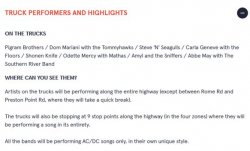 Then an absolute highlight IMO – an all-female AC/DC tribute band called, fittingly enough I guess, Ballbreaker who did a 45-minute set on the stage in the Leopold carpark to finish the night.

Great rendition of She’s Got Balls!

A sensational act by class musos! 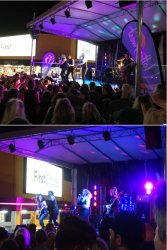 A Ballbreaker of a day - let there be rock!

Thanks for the explanation and the photos, I still get the updates from Transperth and the public transport changes, seems like it was well attended.
Fremantle Dockers play the TNT song after they win matches which is rare, and because they know their current team song is terrible.
Last edited: Mar 2, 2020

That would have been so much fun!

Drakecula said:
That would have been so much fun!
Click to expand...

I didn't go down to see this yesterday but when Bon Scott's body was repatriated in 1980 I was on duty and had to process the Airway Bill to release it from Customs control to the undertaker. So a slightly macabre relationship.

Loved how many (most) of the bus stops across Perth had the "Hail Bus" icon adjusted this week! 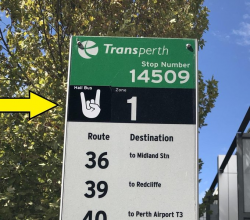 jukebox333 said:
Loved how many (most) of the bus stops across Perth had the "Hail Bus" icon adjusted this week!

True, mate - but what I did notice yesterday afternoon as I trudged along Canning Highway The Highway To Hell was that they had all been peeled off - as souvenirs, I guess...

I thought that probably they were only placed on TransPerth signs along or close to the HtH. I don't think the 42 had any - certainly my stop didn't (unless one of the local pensioners pinched it immediately ).

If you follow the Belltower Times (and who in their right mind in WA doesn't?

), someone posted there that they work for the company that printed 2000 of them for TransPerth.

It was a great event, quite remarkable and would love to see as an annual event.

No chance of it being annual. What massive logistics. And the Festival, by its very nature, can't do the same things again.

Someone up close to the stage uploaded three days ago a phone video of them doing, appropriately enough, Highway to Hell.