If That's The Worst Thing that Can Happen.... (very belated trip report)

Well done @coriander, great TR, but you probably can't go wrong with travel in MLT and CHE.
And posting it just as the shackles of CV19 restrictions are starting to loosen and we can dream of such things again: great timing.

Aaah, but not quite the TR

Somewhere in the Copy and Paste from my .docx notes into the TR the following paragraphs disappeared!
It's "not the worst thing that happened" but of course it was just another "incident" that is "all part of the travel experience" and topped off the trip nicely.
--------------------------------------------------
Day #25
The trip gremlins weren't finished with us yet.
LHR decided to perform a software upgrade on their baggage handling system on the day before we flew ZRH-LHR-SYD, the net result being the whole baggage system collapsed with delays of 3-4 hours at check in and huge flow-on delays.
QF2 was delayed over an hour as bags were being loaded late.
Finally doors closed and off we went. Landed at DXB, hardly any time in the EK J lounge (which is why there's no photos!) and back on to QF2.

An hour out of SYD, the CSM comes to me and tells me that "it appears that one or more of your bags didn't make it onto the plane, you need to wait at SYD until all bags are offloaded to see which bag(s) are affected." He then repeats the same news to several other passengers in Emerald City.

At SYD QF staff were able to tell me that only one case was left behind (by its ID number) and guess whose bag?

It was to be placed on QF10 and be here in MEL next day. Oh well we transfer to QF domestic and just time for a coffee and juice before boarding our 700am MEL flight (beautiful refurb A330 - brilliant plane). Delayed half an hour.

Into MEL and MY CASE didn't appear on the carousel!!!!

In fact, just about every passenger I recognised from the flight who was in J was also waiting for their bags. Over to baggage services - "yes there was a problem in SYD" - most bags left behind (apparently the priority container, of course).

It is under way as we speak.... I'm about to arrive at HKG from MEL - selecting photos at the moment.
W

Can't believe how many clear LHR approaches you had! I've probably had about 40 and so rare to see such clear east and west approaches

Wow, just wow! What a great trip report. I have never contemplated a trip to Malta but you have inspired me definitely regarding Switzerland. Thank you for such an inspiring, engaging report.
Last edited: Oct 17, 2021
I

Who was your travel insurer? Heartless to make your wife move hotels IMHO

Gladstone Tim said:
Wow, just wow! What a great trip report. I have never contemplated a trip to Malta but you have inspired me definitely regard8mg Switzerland. Thank you for such an inspiring, engaging report.
Click to expand...

Couldn’t resist a Swiss chocolate box to find my way around in 1999.... 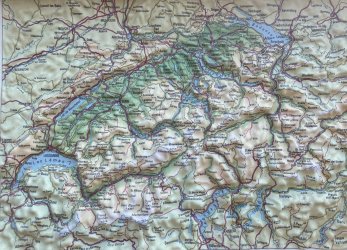 For some reason I have only just stumbled across this TR. Glad to se that you you overcame your adversities to end up having a great time. Those photos of Switzerland were amazing. Thanks for making the effort to write this.

Great report. Wonderful information for a train nerd! Adding Malta to my list, too.