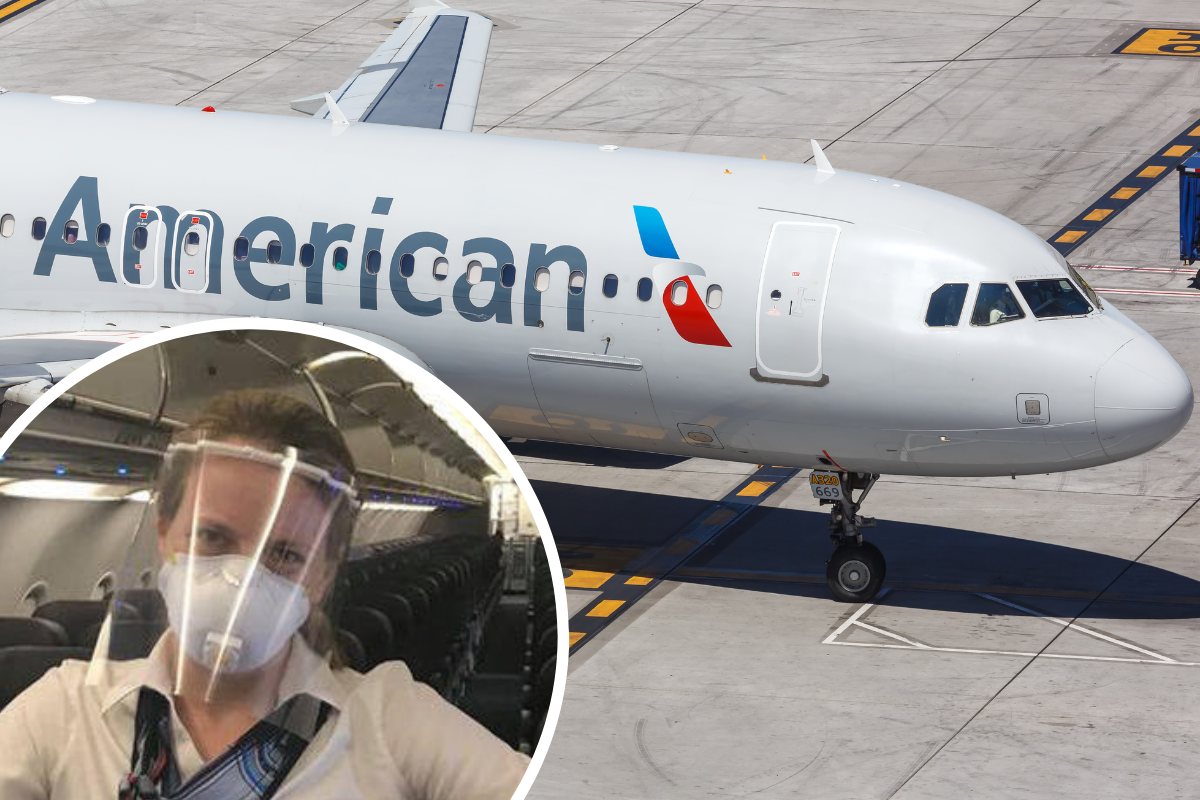 An Emirates A380 superjumbo landed at Brisbane International Airport on Friday evening with a large hole blown into the side of its fuselage in an area close to the left-hand wing known as the root fairing. Insiders claim the damage may have occurred on takeoff out of Dubai around 13 and a half...

@jb747 has commented a few times on Emirates' questionable Piloting experience/skills. I'll defer to the experts, but this seems like it could have had a far worse outcome on any other day.

Its just a fairing covering an unpressurised section of the fuselage - used for appearances but it adds streamlinining which reduces drag. Not structural
Might have caused some noise though

Remember the 737 also has "holes" in the "fuselage" - it does not have full main gear doors. 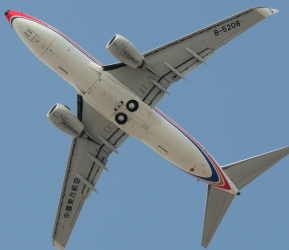 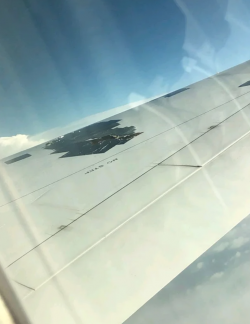 I would imagine would be a distinct sound from the airflow down near the hole? Perhaps the pilots got the crew to check, not themselves?

Overweight landing with an expected one tyre burst or continue on to BNE for Normal landing, the latter would be procedure right? I mean it’s only one tyre with no other bells and whistles going off.

Gold Member said:
I'll defer to the experts, but this seems like it could have had a far worse….
Click to expand...

Whilst I don’t think continuing was necessarily a good choice, it’s quite possible that there was no indication that there was as much damage as there was. There may have been a tyre pressure warning, if the sensor survived, but it might have simply “X-ed” itself out. I don’t know if you could see the fairing from the cabin, as I’ve never sat anywhere near the spot. The tail camera might have seen it, but only if it was being lit.

I don’t have a good recollection of the inside of the bay, but generally the designers are smart enough not to put critical plumbing in the line of fire of a failing tyre, and such failure is very much a consideration.

The flying decision often comes back to picking the least worst option. There was no reason to hurry at getting back on to the ground. Fuel dump would have taken at least an hour, and even when complete would have left you 50 tonnes over maximum landing weight, and probably 80 or so over the planned landing weight. Given that with tyre damage, and other possible damage affecting the landing roll, you’d want to be landing at the minimum weight possible, you’re probably committed to at least a 7 hour flight, even if it goes nowhere. Choosing the quicker option of overweight landing with tyre damage, would be the actual worst option, with the most chance of that “far worse” outcome.

Quickstatus said:
Its just a fairing covering an unpressurised section of the fuselage - used for appearances but it adds streamlinining which reduces drag. Not structural
Might have caused some noise though
Click to expand...

It’s a bit more than the average cosmetic fairing though, much more of a secondary structure that just happens to be unpressurised. Shedding large parts of either the fairing, or gear doors, due to air loads is a real consideration of any high speed flight, and there’s no guarantee at all that they‘ll simply fall away. QF30 had strike damage on the opposite side of the fuselage from its main damage, so bits had been thrown there by the airflows.

I hope that image isn’t real!

Saab34 said:
I would imagine would be a distinct sound from the airflow down near the hole? Perhaps the pilots got the crew to check, not themselves?
Click to expand...

Probably, but not necessarily. Cabin crew are probably the best people to check for strange goings on in the cabin, as they’re there every day. The pilots don’t always have familiarity with the normal noises back there.

Saab34 said:
Overweight landing with an expected one tyre burst or continue on to BNE for Normal landing, the latter would be procedure right? I mean it’s only one tyre with no other bells and whistles going off.
Click to expand...

As discussed above, there is no reason to do an overweight landing, even if you stay at Dubai. Personally, I’d have taken the 7 hour holding pattern.
S

jb747 said:
Fuel dump would have taken at least an hour, and even when complete would have left you 50 tonnes over maximum landing weight,
Click to expand...

If one burns beyond the scope, I assume COG/Balance issues start to eventuate?

By Patrick on Saturday, Jul 2nd 2022 19:33Z
I was on this flight, sitting near the hole. I was tired and don't remember the time it happened but we had been in the air for a while, I think they had started the second food service.
There was a loud bang and I felt it through the floor as well. The cabin crew remained calm, stopped the food service and got on the phone and checked the wings / engines.
No one freaked out and when it was apparent that we were still flying ok the flight continued as normal.
The sound was different, the wind noise pitch had changed. On landing we all clapped the crew.​
Click to expand...

Yes. The 747 could dump almost everything. And by way of contrast, many of the 767s couldn't dump at all.

There are a total of 11 tanks. Five in each wing, plus one in the tail. You can dump everything, except for the contents of the feed tanks, but they add up to a total of approximately 80 tonnes.

Saab34 said:
If one burns beyond the scope, I assume COG/Balance issues start to eventuate?
Click to expand...

Think about it...we're planning to burn the fuel, so as long as we control the sequencing, CofG won't limit how much we can dump. The system is very smart and will actually stop and then restart the dumping process if CofG becomes limiting.

My first thought was to discount the claims that the event happened well into the cruise, as it makes no sense for a tyre to burst then. That bogie is unbraked, so there's no residual heat issue.

The most likely time for the tyre to fail is during take-off. That's when the loads and rotational forces are at their greatest, and when it has the most capability of causing damage. A cold tyre, in the cruise, just going bang, doesn't make all that much sense. But, I wonder if we're looking at a two stage event. Some form of tyre damage/failure during the take off, and subsequent failure of the casing in the cruise.

Oh, and this is the checklist:

There’s a picture of the failed tyre on AVHerald now. Blowout through the sidewall.

I’ve had a look at some tail cam images, and you can’t see the area on the camera, nor do I think it would be visible from the cabin. The image of the hole showing what look like torn edges out in the airflow is misleading, it’s just the way the paint has been revealed. The upshot is that there would have been a bang, and that’s about it. In the absence of any ECAM other than the single tyre pressure message, there’s nothing to make the crew divert. They’d look at it, but that’s about it.

From the AV Hearld article, there is a pic of - Missing bolt and cap at the nose gear

Can someone please explain how this relates to the main landing gear having a blow-out?