tgh said:
All very interesting
We have no idea if this will just fizz or explode .
The biological anthropologists prognosticate that "it" is just a matter of time.. is this the time ?
Click to expand...

And we certainly can’t trust the media not to do the doomsday approach just to get the headline.

Pushka said:
Yes but there isn’t much we can do about that.
Click to expand...

On departure screening may assist in preventing the symptomatic (of a non specific illness - essentially similar to the "lurgies") from departing. If you are sick dont fly.

Note that 25 symptomatic arrivals into Australia were not detected on screening - though none had SARS.

But again its a very poor screening test and the completely normal passengers who have SARS wont be picked up.
In fact WHO has determined that no SARS positive passengers were ever picked up via airport screening either via departure or arrival screening

The best place to catch SARS (or in fact anything) off someone who has SARS is in a confined aluminium tube. By the time you do arrival testing, the passenger may have exposed 100 passengers. Though in reality that never happened.

China quarantines Wuhan - well seems to be telling people not to go to or leave Wuhan.

Lets see if flights are still operating out of the airport

Quickstatus said:
China quarantines Wuhan - well seems to be telling people not to go to or leave Wuhan.

Lets see if flights are still operating out of the airport
Click to expand...

I heard that those had been stopped too but maybe it was just for domestic flights. It’s clearly a little bit bigger than the official figures state given Chinas action now. Which may mean it’s rather terrifying.

Apparently the trains, ferries and buses are also stopping

Yes, all internal transport. That makes it bad - is it still CNY?

A small thing but respiratory masks will likely sell out everywhere very quickly if this bug manages to escape quarantine arrangements
It is simple enough to stock up now , they are as cheap as chips.
Checking our household first aid kits for prophylactics would also be a good idea.
Second string arrangements to be pondering in terms of being prepared ; personal isolation and basic survival things like food and water.
It's very early and some will scoff… but basic preparations cost little.

addendum : to mess up my argument above.. the following article is enlightening

Can surgical masks protect you from getting the flu?

Retailers are selling 'anti-virus masks' but there is no strong evidence that they can stop the spread of flu.

Well we could always quarantine SYD from the rest of Australia

SWAT team (aka the media) will be waiting for them.

Had a consult with the 'travel doctor' prior to an up-coming trip. Asked him about this virus.

He said I was too early to say too much, but he likened it to the SARS outbreak as far as morbidity was concerned. Advised re type of mask to be worn at airports (I'm not going to China, but Taiwan and Japan, which in 6 weeks time will be close enough!! let alone anywhere else). Noted that air planes are not a great risk, except the people immediately behind and in front of you and that transmission via surfaces probably a bigger risk (again, at current level of knowledge). Airports dodgy, but he doesn't have much faith in the temperature detection units, having observed one in action once.

I asked if a flu shot would be of any help - he said it would help against the flu, which is still a much bigger killer than the Corona virus!! But stocks are now out of date, so can't get one if I wanted it.

cqtiger said:
SWAT team (aka the media) will be waiting for them.
Click to expand...

Also however looks like Australia had doctors meeting the plane and all passengers were provided with a letter in Mandarin and English.

Seems most passengers and all crew wore masks for the entire flight.

Difficult to find recent info that is not just media speculation , the following is recent informed commentary.

tgh said:
Difficult to find recent info that is not just media speculation , the following is recent informed commentary.

That’s an interesting read. But what the heck is going on at that market for it to suddenly appear? Just because it moved doesn’t mean you should eat it..........

Pushka said:
That’s an interesting read. But what the heck is going on at that market for it to suddenly appear? Just because it moved doesn’t mean you should eat it..........
Click to expand...

Some media reports have alleged the virus jumped from bats to humans and there is a local delicacy of bat based dishes. Combine that with a low standard of hygiene practices, perhaps under-cooked meat & ...........

Whether that is indeed the case, I guess we will know in the fullness of time.

p--and--t said:
Some media reports have alleged the virus jumped from bats to humans and there is a local delicacy of bat based dishes. Combine that with a low standard of hygiene practices, perhaps under-cooked meat & ...........

Whether that is indeed the case, I guess we will know in the fullness of time.
Click to expand...

Yes I‘d read of the bats. And not associated with this, a couple of weeks ago posted in the Off Topic thread that in SA they are not native but introduced around 10 years ago and I hate them! Of course the Eastern States people love them! Wish they’d damn well kept them. They are awful near the zoo.
Last edited: Jan 25, 2020
J 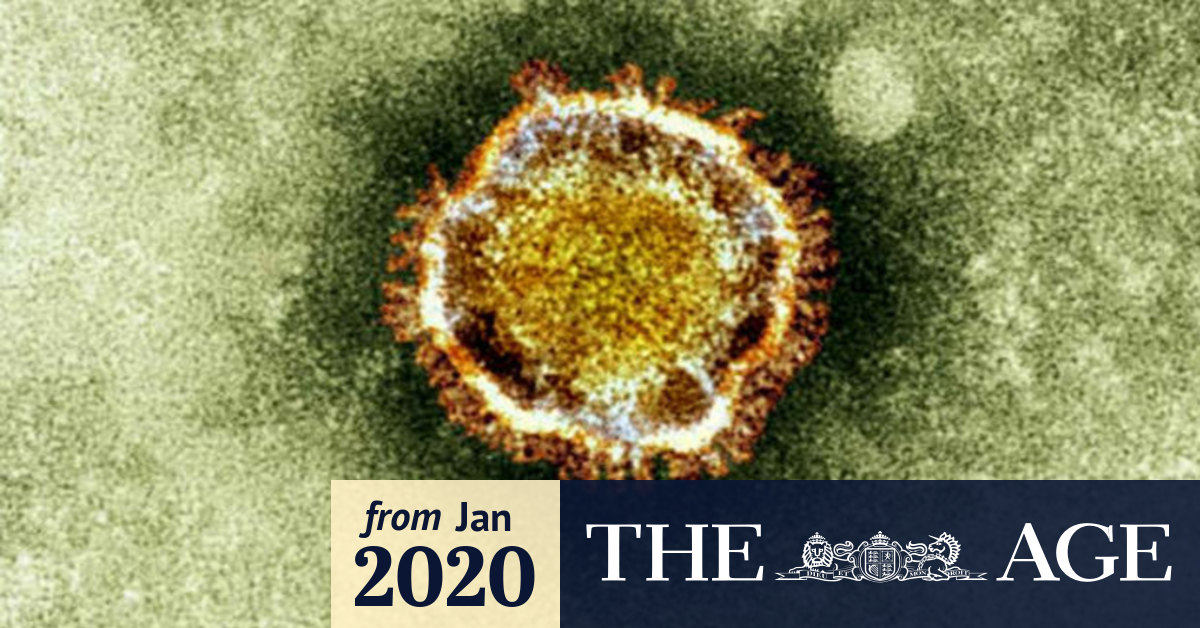 Coronavirus spreads across Australia amid scramble to find more cases

Victoria has reported its first case of coronavirus. A man aged in his 50s is being treated in hospital.

I hate bats, bloody spooky if you're walking home in the middle of the night and they're flying around above you. Evil creatures (I still like Batman though...)

As for the virus, to me it doesn't seem as serious as SARS (yet), though perhaps more easily transmitted. Not stopping my plans of visiting Japan & China in April (just booked a flight in to Shanghai this morning actually) - but I guess we will see how it develops over the coming days.
You must log in or register to reply here.
Share:
Facebook Twitter Reddit Pinterest Tumblr WhatsApp Email Link