moa999 said:
In what context would you use them?
Click to expand...

Anywhere and everywhere. In the UK people can order lateral flow tests free from the NHS. They can test themselves multiple times a week if they wish.

I agree with you. There is no way NSW will be able contain it (if case numbers continue at this level). It will keep visiting the other states. Continually. The only way out is vaccination. People simply need to front up and get jabbed, we are swimming with an effective vaccine it just need to get into people’s arms.
Last edited: Jul 27, 2021

My newly installed office lobby camera alerted me last night and I see this. There was a confirmed positive case a couple of floors away in my building/different business to ours. We have been closed for weeks with very few drop ins but all advised/get tested and we've been checking in on the app. I was last in there on 9 days ago (masked, didnt share elevator/see anyone, didnt touch the buttons, lots of hand santiser as I was installing cameras). All common areas sprayed, inc toilets, seating, doors, handles, buttons ect. From what I heard/saw, this guy sounded tired. 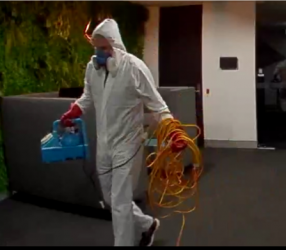 Interesting if true and too bad you live in SW Sydney…

The NSW Government reportedly remains split over how to manage the state's worsening Covid crisis, with the ongoing lockdown costing $850 million per week.

Yesterday, a NSW crisis cabinet meeting stretched on for almost five hours, with those in attendance studying economic modelling showing the dire impact of a lockdown which lasted until September.

But according to The Australian, opinions remained divided, with some pushing for harsher restrictions to be imposed on southwest Sydney, which has become the state’s Covid ground zero, in order to allow other areas greater freedom.

It comes after NSW recorded its second-worst day in the latest outbreak yesterday, with 145 locally transmitted cases confirmed.

<p>The NSW Government reportedly remains split over how to manage the state's worsening Covid crisis, with the ongoing lockdown costing $850 million per week.</p>

www.news.com.au
Buy Wine Online | Vinomofo Australia
Vinomofo is the best wine deals site on the planet. Good wines, real people and epic deals, without all the bowties and bs.

Still bubbling away all in quarantine

The Qantas Link flight attendant and her mate are being less than helpful had to be formally interviewed with lawyers present.
Last edited: Jul 27, 2021

5 other related cases who appeared to have been infected on the flight DOH-BNE. (Presumably this flight was very lightly loaded so that seems surprising).

5 other related cases who appeared to have been infected on the flight DOH-BNE.
Click to expand...

Are the other 5 also in the community?

moa999 said:
Are the other 5 also in the community?

Note that a dedicated quarantine facility (not hotel) wouldn't prevent this kind of transmission
Click to expand...

The suggestion is 5 were infected on the flight...they would've been picked up by day x testing in HQ.

The one in the community was not on that flight. He was staying in a room directly opposite one of them. Note, a dedicated quarantine facility would have prevented this.

Right. Their 7-day moving average of 20 cases in a population of 1.4 billion is terrifying.

bcworld said:
The suggestion is 5 were infected on the flight...they would've been picked up by day x testing in HQ.

The one in the community was not on that flight. He was staying in a room directly opposite one of them. Note, a dedicated quarantine facility would have prevented this.
Click to expand...

And the government wanted to save money by NOT building designated quarantine facilities, just use CBD hotels they said. Would've been 50 times cheaper in cost of Lockdowns if they just built stuff straight away.

sjk said:
Right. Their 7-day moving average of 20 cases in a population of 1.4 billion is terrifying.
Click to expand...

Thanks, didn't need to do the research myself about this incredibly ill informed comment.
J

sjk said:
Right. Their 7-day moving average of 20 cases in a population of 1.4 billion is terrifying.
Click to expand...

Ah yes the “official” Chinese numbers from their propaganda machine

Their 7-day moving average of 20 cases in a population of 1.4 billion is terrifying

Especially living so close to the edge of the earth,,,,
H

Wonder if its a share household...courtesy of ABC (edit: just had a scan of the exposure sites, not many above 15 minutes)

Five people from one household on the NSW Central Coast tested positive to coronavirus on Monday, igniting fears of potential further spread.

The positive cases, from Budgewoi, north of Sydney, resulted in 25 new exposure sites in the area.

Authorities are also worried about two close contacts who have so far tested negative, but who were living in the same household.

Meanwhile, attention is turning to the actions of one of those contacts, who visited 25 shops in five days after being ordered to isolate.

Lake Macquarie MP Greg Piper has hit out at the act via Facebook, labelling it “disappointing”.

“I simply cannot describe that situation, but let's settle on mind blowing and disappointing,” he posted.
Last edited: Jul 27, 2021

No visitors to your home for another 2 weeks.

Pubs, restaurants and gyms all reopen with limits.

No crowds at sport, theatre for at least 2 weeks.

People to work from home if they can