To be a 'bit' fair to Rexy, Rexy has finally removed the old EconomyX branding on their 737s and replaced the Virgin colours with 'Plain Grey' upholstery and seat covers to denote them as 'RExtra' legroom.


henrus said:
This would be good if they kept the MI interiors. Economy has shared USB and AC power in between each seat plus fold down screens above.
Click to expand...

Chances of VA keeping those seats had just decreased in light of the news of existing seats being removed by the VA engineers from the disposed ex VA 1.0 jets at the lessors.

I'd say a slim but little to no chance of VA utilising the fold down screens, if they are not removed entirely during reconfig.

After all of this QF will have an average 737 age of 13.4 years while VA currently averages at 10 years
Click to expand...

And I suspect drops below 10 after these new purchases.

Think BSI was introduced 2011/12, so presumably VA still retain some non-BSI in the fleet.

But certainly means that QF is going to have to make the replacement decision before VA.

moa999 said:
Think BSI was introduced 2011/12, so presumably VA still retain some non-BSI in the fleet.
Click to expand...

I'm surprised those two are still around.
T

They're still in service with a handful of non BSI 737s.
M

henrus said:
I'm surprised those two are still around.
Click to expand...

They're both fully owned aren't they
H

Must...Fly! said:
They're both fully owned aren't they
Click to expand...

Both 737-700s are mortgaged/encumbered (alongside other 'owned' 738s) under the previous owners of VA.

To be honest, I'm surprised Bain had decided to keep paying the mortgage on the 2x 737-700s, when they had disposed some of the older 'owned' 738s to the financing banks.

Maybe the mortgaged amount is negligible relative to the 800s. Wonder what the market value difference is


And I suspect drops below 10 after these new purchases.

Think BSI was introduced 2011/12, so presumably VA still retain some non-BSI in the fleet.

But certainly means that QF is going to have to make the replacement decision before VA.

I guess we'll find out in a few years, but I would have thought some of the MAX-10 VA are getting would be replacing a few of the older aircraft (and possibly some will be used for growth)

Think it's only Max-10s on order which are more likely to be used to re-establish international and possibly Perth routes. 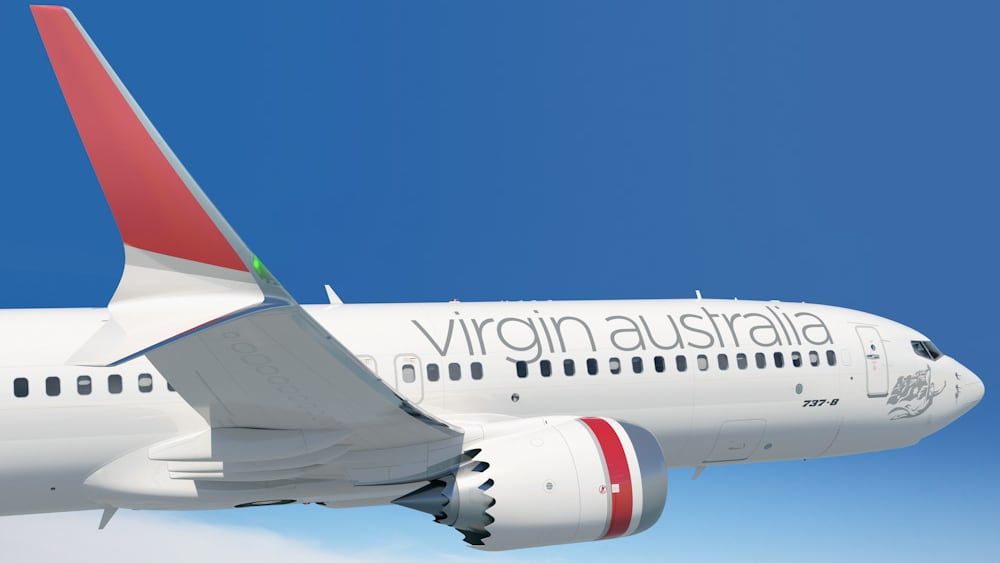 Virgin ditches the smaller MAX 8 but says the MAX 10 is the right size for both domestic and short-range overseas flights.

I wish they would keep the fabric seats. Not a fan of the leather.

Saab34 said:
wish they would keep the fabric seats. Not a fan of the leather
Click to expand...

Agreed. But the Accountant says No.
R

ANstar said:
There will be quite the uproar if at 80% of the 16+ population being double vaccinated we still have border restrictions given we are being told constantly vaccination is the way out of this. Given we are supposed to hit this target around early NOV I can see why they would be optimistic for xmas.
Click to expand...

Well it would only be the 7th delay in opening - after the first 6 postponements....

"The aircraft are planned for operation over the peak summer season to accommodate expected holiday travel, with an aim for all nine to be in the air by mid-February 2022."

A rather large fly in the ointment to get in the way of VA, Q or Rex having a revival for Xmas.

One component (worth downloading the Doherty report & appendices) that is not being mentioned by any of the Federal mouthpieces is that there is one massive underlying assumption upon which all the various 're-opening' scenarios are based. Equally when you delve deeper into the report there is mention of 'days of targetted lockdowns' as well as alternate measures to minimise lockdown requirements such as domestic border closures.

The underlying assumptions can be found from page 22 onwards and most have firm grounding based on what is the best information to date. One is/does not.

The key underlying assumption open to dispute is that TTIQ functions nearly as well as NSW did in from July 2020 to Jan 2021. Around 88% of that peak level & in the major Q&A when first released the Prof in charge reitterated this requirement many times, as in 'all bets are off' importance.

"Recognising that the TTIQ public health response will be less effective at high caseloads, we adapted this model to include an explicit effect of reducing the time to case isolation that can be achieved through intensive contact tracing."

Subsequently that tone has disappeared, along with NSW publishing most of the TTIQ metrics (last included August 26th).

So, with 80%+ fully vaccinated can still expect lockdowns & border closures when TTIQ is working at 88% of 2020 NSW peak levels.

Currently NSW TTIQ is around 8-13% of those levels. Tracing now is really just happening for regional NSW only & even then updating of locations has plumetted. From several times a day media releases, to daily & now weekly - the last two were Aug 22nd & Aug 29th.

I hope Bain have gone for 'pay per hour' instead of 'take & pay' leasing as the rising incidence of breakthrough infections in NSW hospital/health staff does not augur well. That data has been removed from 3 different NSW Health reports that previously provided the figures weekly. A bit like the 'isolation' status announcement at NSW's 11am briefings.

NSW Contact Tracing team size (including help from other States) has been stable for 6 weeks now. Daily cases averaged under 130 per day then.

Yesterday another shoe dropped with the NSW Police revealing that since the compliance operation was ramped up two weeks ago they've "conducting 40,877 welfare engagements (compliance checks)". Problem is they're finding too many people out & about.

At the same time, conducting 'curfew' operations they're catching CV+ people out getting their latest drug supply, or in this case "the outstanding warrant for three counts of fail to comply with self-isolation direction was also executed. Inquiries confirmed the Bankstown man was COVID positive. He appeared at Parramatta Local Court on Wednesday 25 August where he was formally refused bail to appear at Bankstown Local Court on Wednesday 6 October 2021."

Fourth time unlucky for the community - he was caught at a train station.

RAM said:
I hope Bain have gone for 'pay per hour' instead of 'take & pay' leasing as the rising incidence of breakthrough infections in NSW hospital/health staff does not augur well.
Click to expand...

As per previous reports, not all of VA's leased units are on the 'Pay Per Hour' arrangement, other VA leased units are under standard lease agreements plus there is also SQ/EY/HNA et-al era annual bank mortgage repayments on the retained 'owned' 737 units.

The ex-SilkAir units are possibly likely to be under different lease arrangements.
C

RAM said:
Well it would only be the 7th delay in opening - after the first 6 postponements....

"The aircraft are planned for operation over the peak summer season to accommodate expected holiday travel, with an aim for all nine to be in the air by mid-February 2022."

My interpretation is that it will be "all nine" in the air by early Feb" (probably end of). Meaning that they'll all come on line between now and Feb. Given work required (paint and interior changes) it's probably likely some won't be ready until 1/10? Either way, there's a 16-20wk window to bring on 9 jets, it's not as though they'll be ready to go at once. Given the current environment still sees many jets sitting around for a number of days between flights, this doesn't seem unreasonable.

Just seems poor timing to be achieving max capacity when demand plummets post-school holidays - unless the lease pricing is too good to pass up.

RAM said:
Just seems poor timing to be achieving max capacity when demand plummets post-school holidays - unless the lease pricing is too good to pass up.
Click to expand...

They might have their sights on reopening NZ flights perhaps
C

Certainly a Catch 22 isn't it.

You don't want to be burning cash by having planes parked up (ie like the Qantas group - which really is terrible for the business and their staff).
But you also don't want to get caught with your pants down and being capacity constrained and losing even greater ground to your competition.

Does anyone have a Crystal Ball?
T 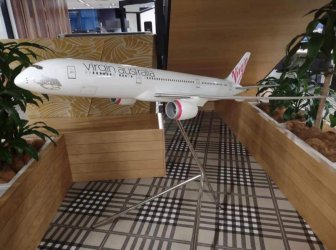 Carrots said:
Does anyone have a Crystal Ball?
Click to expand...