Just when things couldn’t get much stranger in America. Might be behind a paywall. Two commercial pilots radioed the air traffic control tower at Los Angeles International Airport with reports of a man flying with a jet pack nearby. 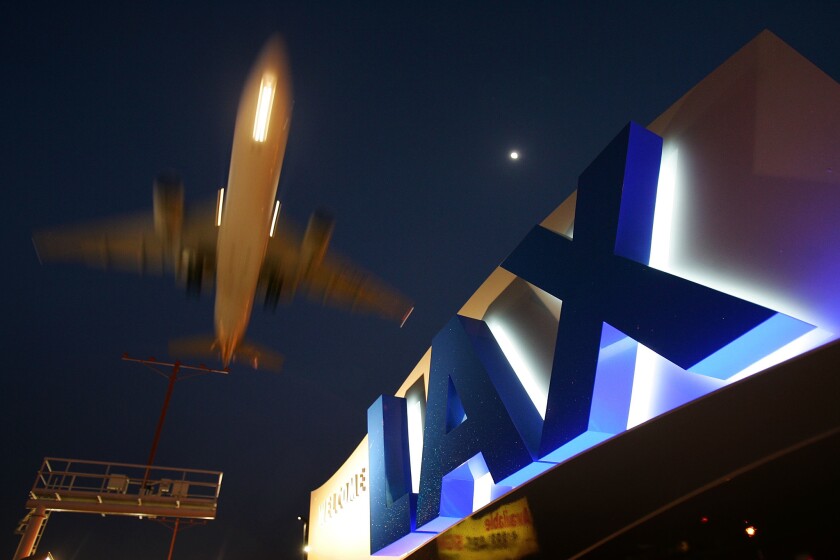 UPDATED6:13 PM
The FBI has launched an investigation after an American Airlines pilot said he saw what appeared to be a man flying with a jet pack Sunday night near Los Angeles International Airport.
“Tower, American 1997. We just passed a guy in a jet pack,” the first American Airlines pilot states in a call to the control tower.
“American 1997, OK, thank you. Were they off to your left or right side?” the tower operator answers.
“Off the left side, maybe 300 yards or so, about our altitude,” the pilot responds.


“We just saw the guy pass us by in the jet pack,” a second pilot from Jet Blue Airways then tells the tower, which warned another pilot about the sighting.
FBI spokeswoman Laura Eimiller said Tuesday that agents at LAX were investigating after the pilot reported the incident to the control tower.
“The FBI is aware of the reports by pilots on Sunday and is working to determine what occurred,” the agency said in a statement.
The Federal Aviation Administration also confirmed receiving the report. “Two airline flight crews reported seeing what appeared to be someone
in a jet pack as they were on their final approach to LAX around 6:35 p.m. Sunday,” spokesman Ian Gregor told City News Service. “The FAA alerted local law enforcement to the reports and is looking into these reports.”
Last edited: Sep 2, 2020
Book with Virgin Australia - Fly with Virgin Australia
We've Increased Our Flying to 30 Destinations Across Australia. Book With Us Today. Change Your Flight, Fee-Free and As Often As You Like for Travel up to 30 Apr 22*. Contactless Check-in. Special Safety Protocols. New Cleaning Practices. Online Check-in.