Southern Cali, Belize and Mexico, with a status run

Thought some might find fun in my trip report from February. In short, the flights were:
BNE - LAX - BZE
CUN - LAX - SFO - LAX - SYD - BNE
This trip put me back into velocity gold for another year.

Starting with Los Angeles, most people don't find much to do there, I suppose I don't technically either, but I had training at Perris Valley and spent a day in San Diego with a friend as well. Two crazy men with their hot air balloons let me jump out of them and many a merry night was spent at the bar. 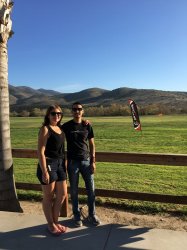 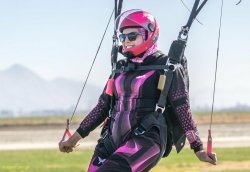 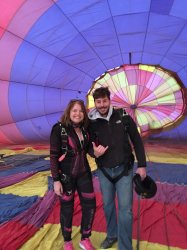 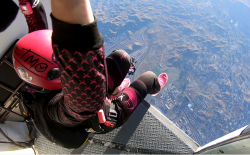 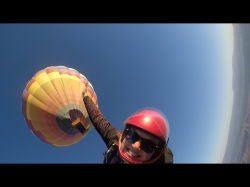 From there me and 128 of my friends flew to San Pedro, Belize. We stayed at Carribean Villas, with some at Sunbreeze and others at Pedros Inn. We spent four days being ferried to Caye Chapel, a private island, for more skydiving and sunbaking.

We spent the next three days galavanting, think golf carts with esky's (coolers) up to secret beach, cave tubing on the main land, and snorkelling with nurse sharks. All hugely recommended. If you do end up doing the cave tubing, speak to Rhino, he has the coconuts with the rum in them. He is certainly generous with the rum!

I wasn't hugely impressed with the food in Belize, but most of our food was pre-catered so to be expected. Estelle's is a MUST for Fry Jacks! I can still taste them... 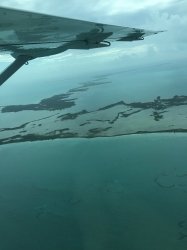 Flying in via Tropic Air in a Cessna Caravan (we jump these!) 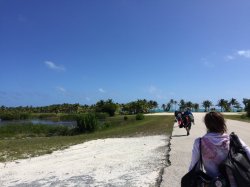 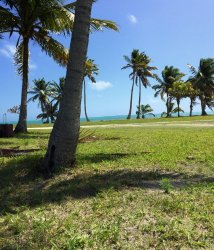 Our own private island! 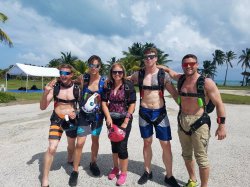 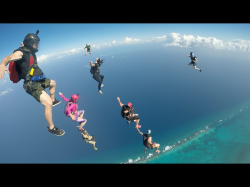 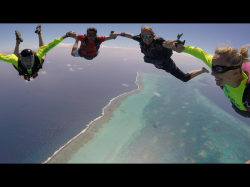 The jump into the Blue Hole. 50 nautical miles off shore. Nowhere to land but the ocean with the sharks

From here myself and two friends from the group took the water taxi to Chetumal, and had a driver take us to Playa Del Carmen.

My hotel was exactly what I was looking for.... Hotel Playa del Karma. Rooms around the outside, hammocks at the front door of each room, lots of trees, a small pool, and excellent front desk staff. They were SO patient with my terrible attempt at spanish and very helpful.

I scuba dived at Cenote Eden with Scubamobile Dive Centre. It was a private tour which I was grateful for, my first cavern dive and I'm a nervous diver. Going through the dark to emerge in the next open part with the sunlight coming through was so beautiful. I don't think I've ever seen anything like it.

I also took a tour bus (groan) to Rio Lagartos. Full of wildlife, crocs, eagles, flamingos, pelicans and then some. It was a very long day, however totally worth it. I'd probably drive next time, I just read a lot of scary stories about driving solo in Mexico that put me off. 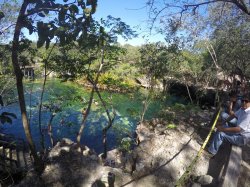 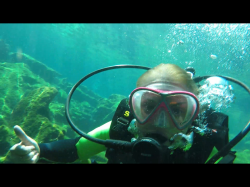 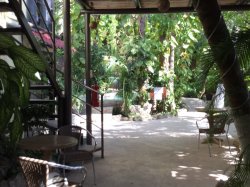 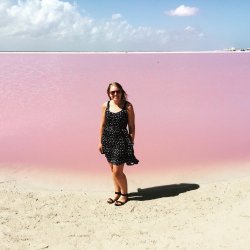 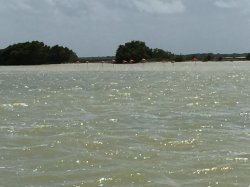 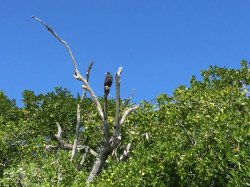 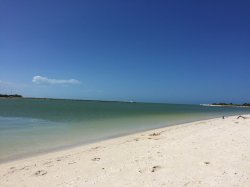 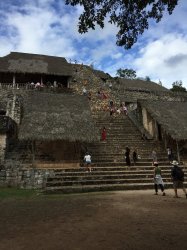 The best moments, were definitely:
1) The Blue Hole jump. I'll never get to do it again (no one will). I'll cherish it forever
2) Rio Lagartos. All I wanted to do in Mexico was see the pink salt flats
3) On the last day ever of jumping on Caye Chapel (it's being redeveloped) I made my 400th jump and on the last jump of the day, me and some other wicked ladies made 2 belize womens skydiving records.

Things I'd do differently:
1) Spend more time in Mexico. I really really loved it. Tulum especially looked so pretty and ready to be explored.
2) Spend less time in Belize. Lovely people, but the non americanised areas are too dangerous IMO, and the americanised areas are too bland. I kind of wanted to find somewhere in between but wasn't able to.
3) Drink less and sleep more, especially when training! My body is struggling and I have competition next week. I should have taken it a little bit slower.

Because it's a frequent flier forum:

Best flight: Not a flight... The LAX Sky Club. I ALWAYS make friends and my favourite bar tender is always on. He's a sweetheart. He let me tip in AUD (it was all I had, and the ATM was broken).

Worst flight: CUN - LAX. The delta staff tried to move me one row back (out of comfort + that I paid for) and into a middle seat. I refused, stating that I'd paid for my seat months in advance. It turns out, they just wanted a row of 3 so the staff could sleep. Sorry, but that really rubbed me the wrong way. 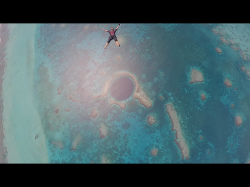 Favourite photo? This one, by far...

Thanks John. Was hectic but worth every second of exhaustion and every minute spent at work trying to pay for it

Great little TR - thanks for posting. Certainly some beautiful parts of the world you visited.

LadyC said:
Great little TR - thanks for posting. Certainly some beautiful parts of the world you visited.
Click to expand...

Yes they were, and I was super lucky to see them from above, below and sea level

Just wanted to add, I asked the question what to do with my luggage when going from CUN - LAX - SFO - LAX - SYD - BNE. I didn't need my checked luggage between CUN and BNE.

I checked my bags to LAX, collected and entered the USA, checked my bags to SFO. LAX check in desk was perplexed (Sky Priority Checkin) that someone would fly to SFO for points, and the system didn't allow them to check my bags back through to LAX or anywhere else.

Collected my bags in SFO, and they were able to check them all the way to BNE. So when I came back to LAX, I went airside to TBIT and had time despite a delayed flight in the lounge. Luckily the flight to LAX and the flight to SYD were both delayed.

The different tickets didn't phase them.

Major said:
A bit different from static line jumps from a C130 or CH47
Click to expand...

A little bit.. I've done jumps from 13K out of a C17 and that is very different too. That's the fun part, so many opportunities for first times.

Gah! Jumping out perfectly good aircraft , but you look as though you had more fun that I usually do Very nice TR, thanks.


flying_duck said:
The Blue Hole jump. I'll never get to do it again (no one will).
Click to expand...

Is it being banned? Why?

RooFlyer said:
Gah! Jumping out perfectly good aircraft , but you look as though you had more fun that I usually do Very nice TR, thanks.

It's obviously a site of great ecological importance. There is the risk with "fun" jumpers as we are called that goggles can be lost or other small items. There is also the risk of landing on the coral and causing damage. The government in Belize is not a fan of this kind of activity. So although these jumps were legal it looks like the permission wont be granted again.

flying_duck said:
It's obviously a site of great ecological importance. There is the risk with "fun" jumpers as we are called that goggles can be lost or other small items. There is also the risk of landing on the coral and causing damage. The government in Belize is not a fan of this kind of activity. So although these jumps were legal it looks like the permission wont be granted again.
Click to expand...

and don't start me on how many tourist snorkellers touch the coral there anyway....

That's what I though would have been the greater danger ...

Exhilarating TR! Totally agree on Mexico - the country is amazing.

That photo is fantastic! Enjoyed the read

Love your fave photo - you certainly are an adventurer. I'm glad you got to do it.