ZL050, the 1100 hours MEL - SYD may have been cancelled on Wednesday 24 March. I can't find it on any of the usual flight status sites.
M

The REX flights can be hard to track down because they don't necessarily appear as 'cancelled' on airport websites, and unless I've missed it, the redesigned REX website lacks a 'flight status' page.

Most days it appears that REX is not operating its full timetable between Melbourne and Sydney or v.v. I assume there are insufficient passengers booked. With Qantas/Jetstar timetables on some (if not most) sectors down at least 30 per cent compared with a couple of years ago, it too isn't exactly booming, and nor is Virgin Australia 2.0.

The Saturday 1810 hours Facebook post by WA premier Mark McGowan resuming quarantine for travellers from Queensland (despite one brisbane 'party' that a 'positive case' attended turning out to have only five attendees not the 25 originally reported) means that despite no 'cases, someone in Mt Isa or Karumba who travels to Perth must quarantine.

Not exactly an incentive for any of us to undertake interstate travel for leisure or business.
M

Fog in Sydney (and perhaps smoke haze from autumn burn offs?) is causing many delays into SYD on Monday 3 May's morning, which as usual will compound and take a while to recover from unless planes have significant timetabled gaps between flights later today.

The 0600 hours from MEL to SYD, ZL10 has VH_RYU. It looks to have attempted to land in SYD but has amazingly diverted back torwards MEL (the closest other major airport serviced by ZL B738s) where arrival should be at about 1000 hours, 150 minutes after passengers were meant to be alighting in SYD.

The small number of B738s ZL has means that its mainline schedules will be badly affected today by this (although one way out is simply to cancel some flights and delay more passengers that way).

ZL18 from MEL to SYD, the 0700 hours, pointed skywards early at 0707 with B738 VH-REX but as with other aircraft had to hold in two locations, one above Gunning NSW and the other northeast of Goulburn, so delayed arrival should be 0939 hours, 69 minutes behind the timetable.

VH-TRX on the WGA - SYD ZL6658, 0630 hours, took off at 0851 with an optimistic arrival time of 1022 (162 late) displaying. It's also in the same location in a holding pattern.
The Whisky Club
Possibly the best subscription service on the planet, designed specially by whisky lovers for whisky lovers. Join the club to grow your collection and drink great whisky.

Affer flying fan kindly said in the equivalent VA delays thread that a runway has been closed at SYD due to strong winds. The BOM suggests westerlies are gusting at up to 32kmh.

I didn't know Rex was also impacted by the Sabre global outage: 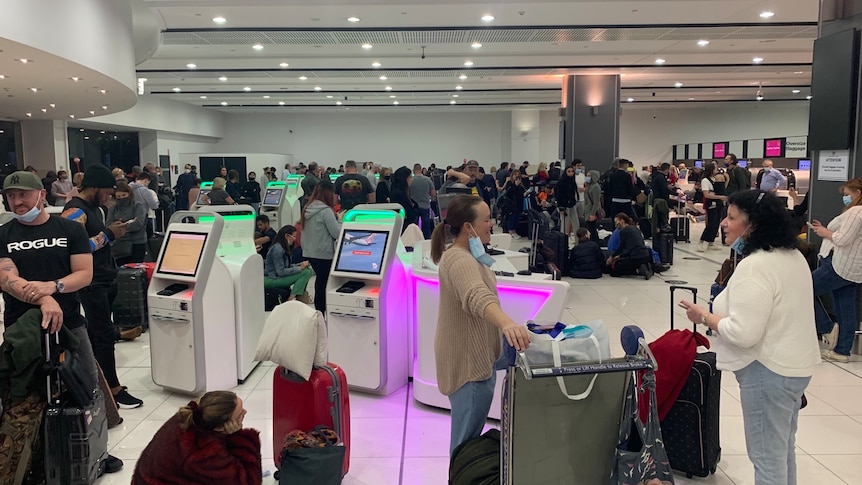 The impact of the global system outage that brought down both airlines' boarding systems is still being felt today as passengers continue to face long wait times and delayed or cancelled flights.

In what may be a reflection of its limited schedules, on the MEL to SYD route on Friday 28 May 2021 (first day of a seven day Victoria-wide lockdown), ZL only cancelled two of its five scheduled flights.
M

Reflecting the pariah status of Victorians (with three of the four lockdowns having been the Victorian Government's fault), on Sunday 30 May 2021, from SYD to MEL, ZL is cancelling three of its five scheduled flights: only the 1300 and 1730 hours southbound are to operate.
M