I've got a trip HBA-ADE-HBA coming up in the next couple of weeks, The outbound flight is Qantas, return flight ADE-HBA is with Jetstar (to get direct flight). It doesn't depart until 17:30 pm, but we will need to return our hire car to the airport by 12:30 pm. We can check in online the night before. Here comes my question:

Is it then possible to leave our bags in storage at the airport somewhere, then go thru security to Qantas lounge for 3 hours .... then leave the secure airside of the airport, go back to check in area, pick up our bags and do bag drop before again going thru security? Or if not, any ideas on how to kill a cuple of hours or so after dropping off the car?

The answer really depends on whether after checking in and going thru security it is possible to go back out again, to return later. Just wondering if with covid measures there might be some restrictions on movement.

Phew! Thanks in advance!

Spare around half hour (or more) for the Vickers Vimy museum: 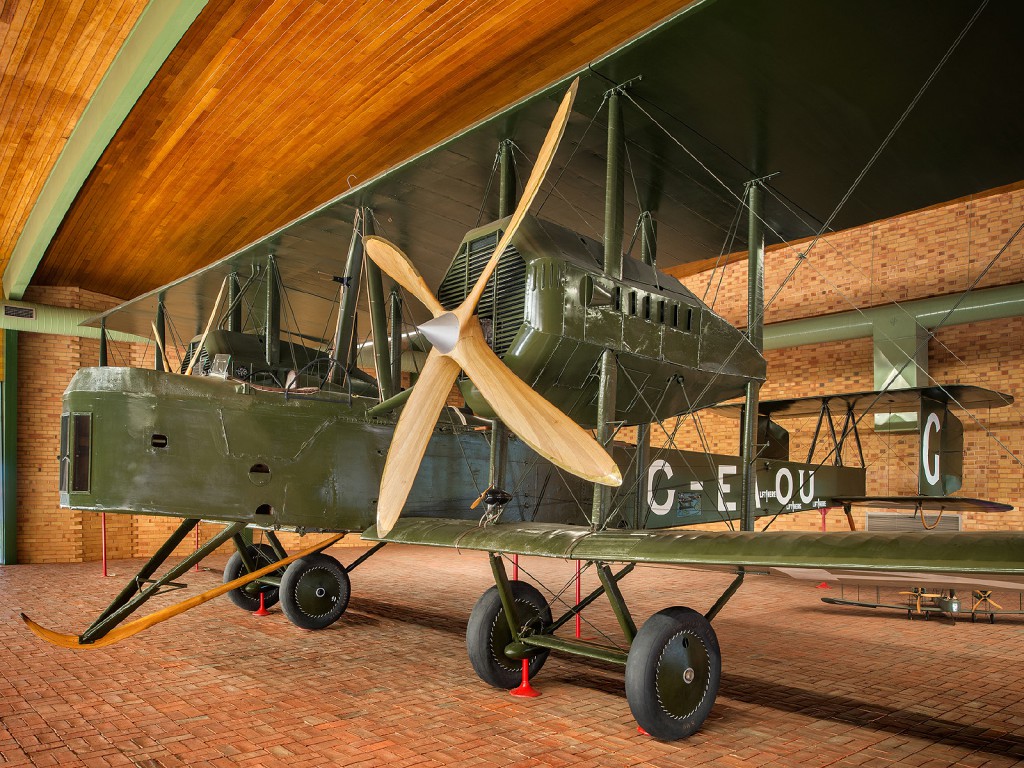 Custodians of our State’s historic contributions to aviation. Adelaide Airport has had a short yet vibrant history as South Australia’s domestic and international gateway for nearly 60-years. In that time, the airport has...

Just FYI it's ADL and not ADE for the airport code..

IIRC correctly there are no locker facilities at ADL. If you are checked in you should be able to use the bag drop. I think the flights open for luggage around 6 hours prior to the flight. @TheInsider would like know the correct timeframe. As for going through security then coming back out it is not an issue at ADL have done it many times pre and also during Covid.

Matt_01 said:
If you are checked in you should be able to use the bag drop. I think the flights open for luggage around 6 hours prior to the flight.
Click to expand...

AIRwin said:
Yes but not for JQ though...
Click to expand...

I miss read this JQ bit.

Assuming no banned carry on items in your bags, is there anything preventing you taking your bags through security to the lounge?

Another point to consider, will you be allowed to enter the lounge that early? Especially when you're travelling JQ.
A

ferntree said:
The answer really depends on whether after checking in and going thru security it is possible to go back out again, to return later.
Click to expand...

I don't think this should be a problem (CoVID or otherwise). I have been in & out of security before and have had no issues. The only thing is you'd have to go through security once again (if you have been through it once and choose to exit, for any reason whatsoever) - and what I mean by this is, you'd have to remove laptop from your bag, empty your pockets etc etc and stand in the queue once again etc etc and get randomly selected for additional screening etc etc .'

Funny incident - once in SYD, I was in & out of the secure area to catch up with some folks that I ran into ... so the one who does the swabs was like, "didn't you already pass through once?" and I was like "yea, I think I recognised someone I used to work with, so went out to say hi" and he was like "alright", suspiciously
Last edited: Sep 20, 2021
F

Thanks, Ade. Much appreciated. The part of the question I forgot to ask is whether the baggage storage facility is functioning ... again, I thought there could be a covid issue there.

ferntree said:
The part of the question I forgot to ask is whether the baggage storage facility is functioning ... again, I thought there could be a covid issue there.
Click to expand...

Info on baggage storage lockers (may not be up to date so better call to confirm):

Adelaide Airport is one of Australia’s most modern passenger facilities and provides the full range of services expected by travellers.

Daver6 said:
Assuming no banned carry on items in your bags, is there anything preventing you taking your bags through security to the lounge?
Click to expand...

It depends on the size of the checked bag. If small enough and no restricted items then you can take it through but they won't let you pass through domestic security with a full sized check bag (I've actually seen them stop a few people and once at the international terminal when someone had checked in, printed a bag tag, put it on their bag and went to security somehow missing the bag drop step).

ADL airport does NOT have an luggage storage lockers, none at all.
They have never put any in, not even in the old former domestic terminal, where that big huge car park is now.
Its not as if its not operating due to covid/a security threat, its not there at all, because no one wanted to set up a system at ADL airport.
Even the info counter is very small, just a small booth, and not even a room.
Just wait till you see for yourself.
Oh, (edit), going through security many times, there could be a lapse that you might forgot something in the tub.
Was flying JQ flight, supposed to be MEL - ADL, but it got cancelled.
Had gone to the MEL T1 QP, into security at T1, gone to the lounge, got a message that JQ flight cancelled, no other flights, so went out to go downstairs to book a QF flight.
Went through security again, to get to the QF flight, after booking at the service desk.
Guess what happened, passing security at T1, 2nd time, yep, left my only mobile phone at the security point.
When I found out I didn't have it, I went to security, and the guy really made me pass the 4th degree, asking what colour my phone was.
I said Nokia, he said what colour, I said black, very basic one...
He kept asking.
Then another guard said, just give him his phone, it was mine they returned to me in the end.
Having to empty coins, and laptops is a pain, and the ADL airport premium security screening is most of the time closed.
Maybe best to just sit outside, near the currently closed Hudsons Coffee location downstairs, from 12.30pm to 2pm, them go to the QP/QFd ADL J lounge.
You don't have to sit in the smokers area, you can hang around that spot near the Atura hotel walkway.
Last edited: Sep 20, 2021
F

I've been through countless times in the past when I've had a long wait transferring between flights - COVID presents no changes in that regard.

The only changes from COVID at Adelaide Airport will be the scattered health department officials (think similar to volunteers) who run around asking whether you've 'checked-in' ... just check-in at the entrance, and avoid eye contact with these people ... and the arrivals experience for those from NSW or VIC.

AustraliaPoochie said:
ADL airport does NOT have an luggage storage lockers, none at all.
They have never put any in, not even in the old former domestic terminal, where that big huge car park is now.
...
Click to expand... 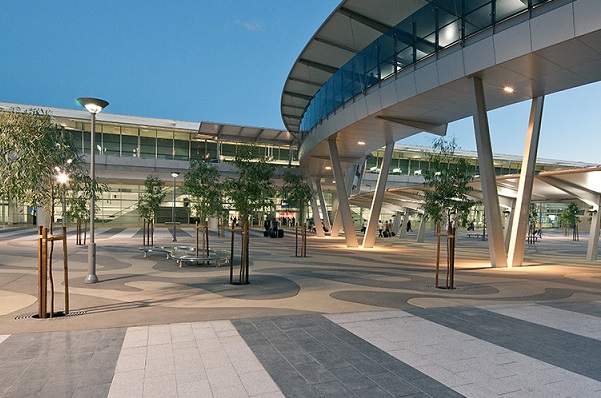 Contact Details 1 James Schofield Dr Adelaide Airport 5950 SA Australia +61 447 810 043 [email protected] 24 hours a day, 7 days a week Please note that these are a self-service facility and therefore cannot be pre-booked. If you have an oversize item or many items to store...

There is no manned storage, but there are lockers.
F

Where are those said lockers though?
They are certainly not where check in is, upstairs with VA on the left, and QF on the right.
Haven't seen them near Atura either.
Not where the taxi rank is.
Now, come to think of it, is it where the multi storey car park is, or where Southern China airlines check in used to be, on the far right hand side, on the ground floor.
You say they exist, the website says they exist, but where are they located?

After major searching, I see the location now, that is one of the areas I have not ventured out to, at Adelaide Airport.

Lockers are located near the car rental offices on the ground floor of the multi-level car park. If you exceed your anticipated time you will be required to pay the balance on return.

For enquiries relating to lockers please contact Smartecarte on 1800 808 251.

Assuming only one large bag each, I'd return the rental car in the city, have a long lunch, and then Uber to the airport later. Five hour wait for a domestic flight at ADL airport is not fun.

And if the thought did enter the mind about catching the (cheaper) public bus, J1/J2, its a pain to buy tickets, as the drivers don't accept cash, you have to buy your ticket off bus, ie, at an AdelaideMetro agent, eg deli or new agency, and then slide ticket onto reader, nothing direction of insertion, etc, not to mention the bus will most likely be quite full.
Would second the uber tip above, if you decide to go that route.
Share:
Facebook Twitter Reddit Pinterest Tumblr WhatsApp Email Share Link