QANTAS takes A380s out of circulation [and reduces flights]

Keep up to date with Qantas' latest news and information, media releases, articles, images and more with the Qantas News Room.

Note: The suspension of the A380 and First Class from Singapore routes will see the Qantas First Lounge in Singapore close temporarily, with customers instead invited to use the adjacent Qantas Business Lounge.

Note: Further capacity reductions will also be made on flights to Japan and New Zealand, with other Asian routes under evaluation.
M

From the extensive Qantas media release re its flying cuts, Mr Joyce says 'we're asking our people to use their paid leave and, if they can, consider taking some unpaid leave given we're flying a lot less.' He prefaced that with ',..we want to avoid job losses wherever possible..'

This may leave the door open for redundancies, but the bit that's unclear to me is whether in time, staff will be forced rather than requested to go on unpaid leave.

This is a significant change to operations all the way through to September!

Qantas is also scrapping the latest off-market buyback announced last month, saving another 150 million Australian dollars ($US98.8 million), but said it will still pay an interim dividend as planned on April 9.

Management bonuses for fiscal 2020 have been scrapped and Mr. Joyce will forgo his A$2.1 million salary for the remainder of the year, which runs to June 30. The airline is asking all staff to take paid or unpaid leave and bringing forward maintenance on aircraft to coincide with the cuts.
K

So the only F service after these changes will be SYD-LAX on QF11?
M

There must be thousands of passengers booked via SIN (including those with planned stopovers) who won't want to travel via PER.

How much of the rebooking processes can be automated, or does every booking require human intervention? If the latter, many staff will be exceedingly busy, even though it's not revenue generating for QFi.

Note also that (so far) cities like Manila have escaped deep cuts to schedules (JQi) or any cuts (QFi.) Of course, this may change.
L

Why do you say passengers won't want to travel via Perth? In this climate, with so much going on, if I really want to get to London, I'll take any flight available.

liamg said:
if I really want to get to London, I'll take any flight available.
Click to expand...

Specifically one that avoids a third country where you just don't know what entry, or even transit, restrictions will suddenly be put in place.

Yet again, this shows that the A330s should have gotten some W seats (2 rows would have been enough).
M

liamg said:
Why do you say passengers won't want to travel via Perth? In this climate, with so much going on, if I really want to get to London, I'll take any flight available.
Click to expand...

Because some may have planned to visit SIN to see relatives/business colleagues or take side trips.

Melburnian1 said:
Because some may have planned to visit SIN to see relatives/business colleagues or take side trips.
Click to expand...

I'd assume anyone showing a lengthy transit in Singapore will be given the option to drop it, or otherwise accommodated on BA for the second leg.

Albeit not happening until 20 April, almost 6wks away.

Also interesting that QF has seemingly made this happen quickly with PER airport, despite the various other disagreements.
Last edited: Mar 10, 2020

Waiting to see how this affects my future bookings. I only have one in the current window of uncertainty. One of my last choices would be to fly on the Dreamliner via PER.
F

Wow, reading thru this seems like it’s really going to hit their business. I’m hoping the current oil-pricing scenario might help them a bit. I think trimming the fat is the only thing they can do. Not just flights cancelled but whole routes cancelled and others put onto smaller planes. I hope it doesn’t impact customers too severely and that those impacted are able to stay patient and flexible. I’ve actually already cancelled 4 flights going through Sydney in the coming fortnight which I did not do lightly, but I’m self employed and simply cannot risk getting sick or being forced onto x-weeks home isolation. Given that I can’t actually assess the risk It was the only course open to me.

Oil price won't help too much immediately due to hedging.

But the greater issue is people simply aren't travelling - hence the reductions
Last edited: Mar 10, 2020
A

So if I read right the only A380 route is SYD-LAX? And also assume withdrawal of 747’s delayed for the time being. Maybe they will last into 2021.
O

They going to park them out in the desert?
A

It will be interesting to see if they a) will and b) can, use this to bring forward the refurb program. Elsewhere I see that 2/3rds the fleet will be parked so only 4 in service.
M 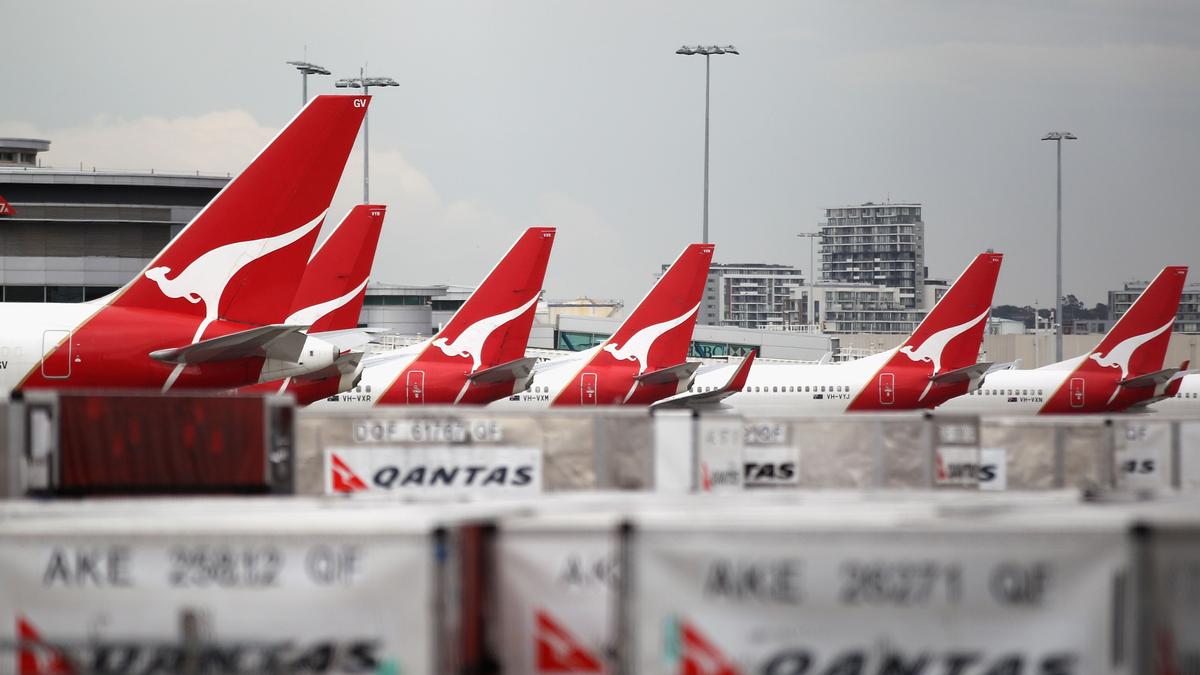 Just two of the airline's largest planes will remain in operation as the company announces a suite of changes.