Koyo Chasing in Tohoku Japan (#9) and some last minute shenanigans

So I actually booked this trip back in Jan 2019.
Everything was set, I am flying JL774 to Narita in two weeks' time, 2 nights in Nikko, then 5 nights in Miyagi prefecture, back to Tokyo for 2 days then take the Sunrise Express sleeper train to Okayama, before flying from Takamatsu to Hong Kong, then VA58 back to Melbourne.

Hotels all booked, some restaurants as well. Just when I thought I was oh so ready to go....

Email from Virgin, "your flight has been cancelled"!!! Not that surprising considering all that's been going on over there...They proposed to put me on a Sydney flight, but who knows what's going to happen to that one? Might as well cancel the HK part altogether and fly back some other way I thought.

Of course no availability whatsoever on Qantas/JAL, however plenty of seats available on CI, since I've never been to Taiwan, it's decided! 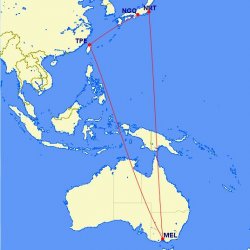 Now I'm trying to book hotels in Taipei, man they are not cheap!
And what's with all those rooms without windows?!

Starting a new job one week before holiday, as well as rebooking part of it is certainly the way to go, I can highly recommend.

Right, booked hotels in Taipei.
As I was really late the Saturday is booked out at many places, so split into two. One is a boutique hotel near NingXia night market, Play Design Hotel - reviews are very good.
Another is a business hotel in Shilin district - as a base to explore Beitou, Tamsui, Tianmu, National Palace Museum etc.

One week to go!

Well just found out Tobu railway's Nikko line is not running at the moment, track damaged by last week's Typhoon, this just gets better and better!

rbjhan said:
Well just found out Tobu railway's Nikko line is not running at the moment, track damaged by last week's Typhoon, this just gets better and better!
Click to expand...

I need to travel on Monday, apparently the next update will be tomorrow, so we'll see. Fingers crossed!
Otherwise might have to travel on JR, extra expense since I've already allocated the 5 days.
Last edited: Oct 18, 2019

rbjhan said:
Well I need to travel on Monday, apparently the next update will be tomorrow, so we'll see. Fingers crossed!
Otherwise might have to travel on JR, extra expense since I've already allocated the 5 days.
Click to expand...

Thanks!
Certainly keep things interesting
At least I didn't get caught in that Typhoon! #silverliningsmuch#

Not great news I'm afraid....Tobu Railways now runs to Tochigi only, the rest will be a replacement bus at least until 25 Oct.
Methinks I'll spend some extra money on JR instead.

Sitting at Marhaba lounge waiting for my flight....
I was a bit earlier than usual today as a friend was on the CI flight today so we did a mini lounge meet up.
Turns out they serve some Taiwanese dishes especially for the CI crowd - all gone now which is a pity as they are delicious!

JL774, MEL - NRT
In 2019 alone this is my 3rd time taking this flight, as you can imagine I'm really not interested in taking pictures anymore...
I did however remember to take a few shots of the Marhaba lounge... 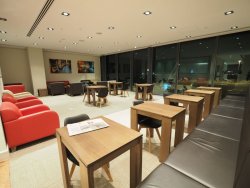 A friend was leaving on CI 58 earlier that night, so I arrived earlier than usual and tasted the Taiwanese specialties. Too bad they didn't serve it for JAL...

Pictures were taken after boarding was called, hence no one around...before CI 58 left it was actually quite busy. 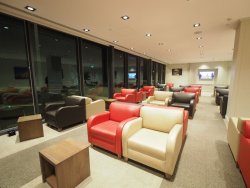 Managed to grab the last available window seat
This was the only picture I took, with my phone.

JAL is okay I suppose, but very much prefer the return flight with CI!
Landed at NRT, made a quick dash to 9H for a shower.

Then off to Ueno on the Skyliner, fastest way into Tokyo city centre. 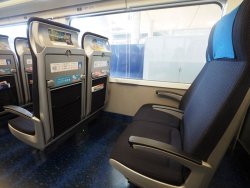 Not sure if it's the Rugby, but there were a lot more tourists than any of my previous trips. Looooong queue for everything in Narita I had to exchange JR East Pass but decided to try my luck at Ueno, well, it was only marginally better...

Hotel Onyado Nono Asakusa 天然温泉 凌雲の湯 御宿 野乃 浅草
The original plan was to take Tobu Railways to Nikko on Day 2, so I booked a hotel in Asakusa - that all went out of the window after Typhoon #19 of course Too late to change hotels, I decided.
For those familiar with Japanese business hotels, Onyado Nono is basically Dormy Inn with a Japanese twist -
shoes off at main entrance, tatami everywhere, Japanese style furnitures, etc.
I had stayed in Onyado Nono Nara before and quite liked it, this one only opened in July, brand spanking new! 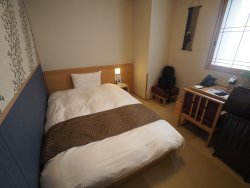 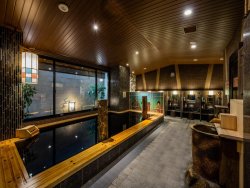 Unfortunately the Asakusa area is not my cup of tea...even though the hotel was nice, I don't think I'll be back.
Last edited: Nov 7, 2019

This one for a laugh
TBH I had more than once wore bathroom slippers into the bedroom (more like forgot that I was wearing them), but never out in public areas.

Went to Tobu Asakusa, they confirmed the Tobu Nikko line was not running until 25th, oh well.
Great view of Skytree on top of the building though. 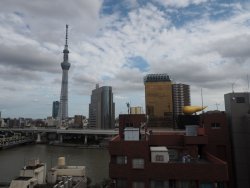 Later that evening I went up to the Skytree. 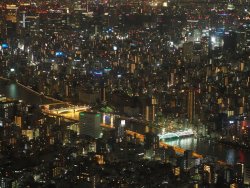 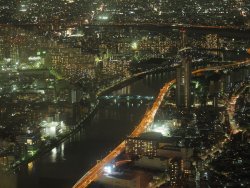 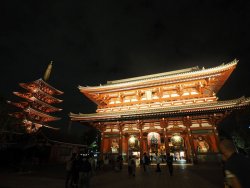 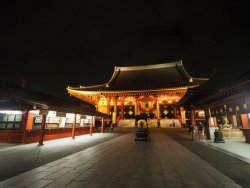 Day 2 was, hmmm, not quite as planned.
Took a Shinkansen to Utsunomiya, then transferred to a local train to Nikko (Tobu Nikko line was suspended but JR was running fine). I actually took one of the JR East Joyful Trains - Iroha, but it was so packed, impossible to take pictures, so here is what it looked like:

Arrived at JR Nikko station around 11am, and I thought I was not in Japan...the whole trainload of people all rushed to exit, no queues whatsoever! Then long queues to buy a bus pass Finally got on the 11:32 bus to Yumoto Onsen, standing room only.
All those talk of Nikko being packed to the rafters during Koyo season was not a joke! The bus got stuck in traffic almost immediately, first 30 mins I think we moved about 800m?!
Anyways, after Toshogu things got a bit better, stuck again near Akechidaira, finally at Lake Chuzenji half of the bus got off, it was 2pm when I finally reached Yumoto Onsen, one hour late.

The restaurant by the lake had sold out at that point, and my hotel restaurant was already closed for lunch, they suggested I buy some bread from the shop...oh my.
Went to Yumoto visitor center and thank god they called around and found a place that was still open!
The ramen was quite salty tbh but I was very grateful...