Could Velocity open up a P1 style tier? 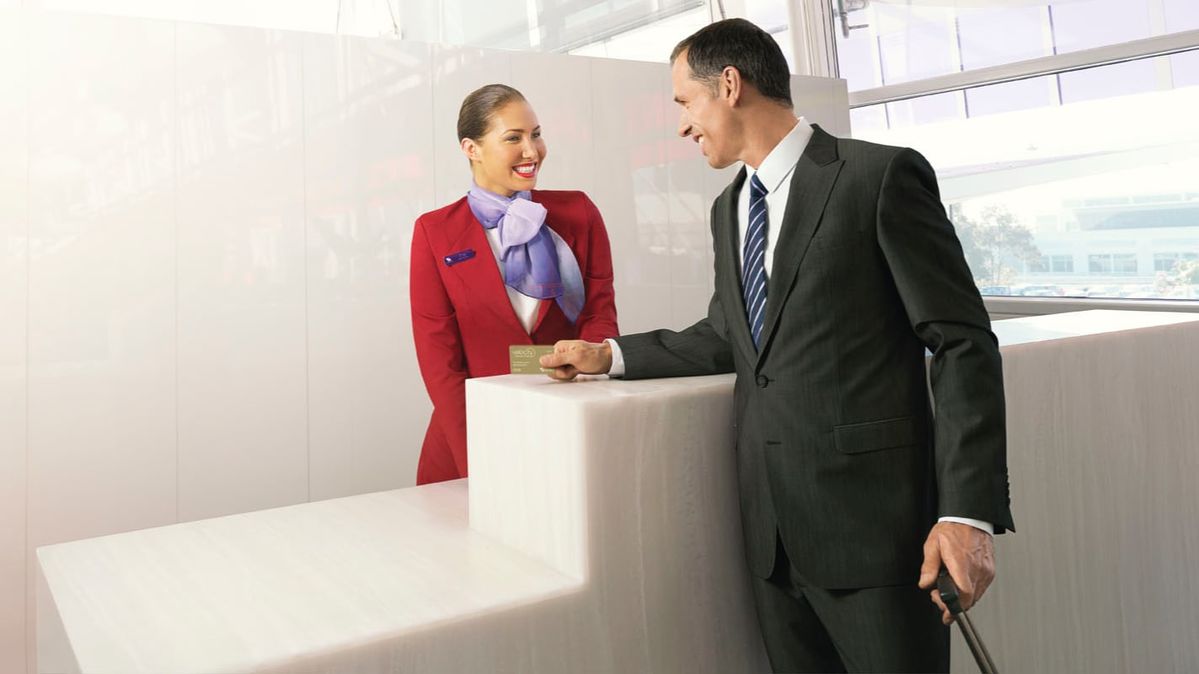 The Club could lose its invitation-only status and become part of Virgin's equaliser to Qantas' Platinum One tier.

www.executivetraveller.com
Platinum One equivalent for Virgin?
What does everyone think about this?

Perhaps the current Melbourne lounge situation could be a tester for something more permanent.

There are additional benefits available at higher SC earn levels such as gifting status (similar to QF's 2400 SC tier), but given VA2's decision to close 'The Club' I can't see it happening.
S

Perhaps they might get a good lease rate for the club space? I mean what else will the airports put in these spaces.

I'd be surprised to see it happening - VA tried for years to wrest the top end of the town and contracts from QF whilst in a stronger position and only managed to bleed $$$. I think it'd be folly to try again any time soon.

And VA tried this with arguably a superior loyalty program (or at least better for the customer) - family pooling, status matching, 4 upgrades, hotel/car partners, parental pause, better J food, premium boarding that works, the J rope and often better service. It's like they employed someone from AFF to tell them what frequent flyers really wanted. The only two things QF had over them were alliance membership and lifetime status (some might add J lounges). IMHO

I wonder what VA could actually offer to make a QF P1 jump ship, as a P1 there are only a few benefits I place value in:

Matt_01 said:
Most P1s I know are LTG or close to it. VA no such program exists.
Click to expand...

I think this is the biggest impediment to a successful take up by frequent flyers to a higher level Virgin status.

After all most high level flyers know that it will end one day and being able to attain life time status will ensure long term loyalty.
D

Hvr said:
I think this is the biggest impediment to a successful take up by frequent flyers to a higher level Virgin status.

After all most high level flyers know that it will end one day and being able to attain life time status will ensure long term loyalty.
Click to expand...

The trouble with "lifetime" status at Virgin is that many would be inclined to believe that their lifetime >> Virgin's lifetime. Whereas with Qantas these beliefs are probably the other way around.

Sounds possible but if so I wonder if they would ditch family pooling SC for the qualification levels?

Hvr said:
I think this is the biggest impediment to a successful take up by frequent flyers to a higher level Virgin status.

After all most high level flyers know that it will end one day and being able to attain life time status will ensure long term loyalty.
Click to expand...

If VA had some LT status and some proper program alliance I have would have flown with them more often than I did over the past few years. Year on year I flew QF to retain P1 and then some, SQ to retain *G and lastly VA to get in the 8 flights per year. As to your second point IMO QF got the LTP seriously wrong, around the 36K SC mark (similar to BA) I suspect there would have been a percentage of travellers who would have flown QF to get LTP. At 75K the gap is just to wide.
Last edited: May 31, 2021

Princess Fiona said:
Sounds possible but if so I wonder if they would ditch family pooling SC for the qualification levels?
Click to expand...

IMO the family pooling, shopping SC etc makes the whole VA premium membership a bit of a joke. The biggest challenge I used to face (mentioned in the above post) was remembering to take the 8 VA flights for WP membership.

The excitement of new tiers and "fancy lounges" but I'd start with making the travel experience more seamless.

In my crazy opinion, VA needs to look at former partner Air NZ, just to see how things work in the IT department. With Air NZ domestic flights, it's possible to change bookings instantly, request refunds for refundable tickets (or credits for those that are eligible for a credit) and most importantly when a ticket eligible for a fly ahead (called Flexitime over there) it's possible to make those request directly via the app. The number of times as Gold or Platinum I've had to call VA to make simple requests like that drives me insane.

Aside from IT upgrades, Many small changes would make a world of difference but also require minimal effort/spend.

Benefits could include:
- More business upgrades, the club gets 8? (but also the ongoing ability to use them from any fare and perhaps apply them to family/friends flight even when not traveling with them)
- Fly ahead but again on any fare, making it possible to make these changes via an app!
- Fly back, if you're running late or things run overtime, the ability to make a phone call or change via app to a later flight (if last flight of the day then allow free changes to first flight the next morning).
- Bring back anytime lounge access, after all, a person holding top tier [above platinum] VA status is likely traveling VA anyway or heading somewhere VA doesn't operate too.
- Ability to board even before priority boarding (US airlines manage it).
- A complimentary snack and drink off the menu when in Economy.
R

They need seperate gold and platinum lounges.
there’s a lot more money to be made enticing the golds to fly more to get platinum.

why bother chasing the very small numbers of people who would actually make a P1 status?

and I doubt they’d open up the club. It already gets pretty full during peak at the smaller ports.
J

There’s a lot of things, a laundry list of things that Bain need to fix with Velocity before this, certainly wouldn’t be top of my list of requests...
D

The alternative is of course to forge their own path, and do something different and innovative. They failed miserably trying to mimic Qantas, I'm not sure that baking in extra costs is a good idea unless they're extremely confident of recovering that through better margins on each aircraft that flies out.
Dan Murphy's: Buy Wine, Champagne, Beer & Spirits Online
Now with contactless delivery, shop online to get drinks delivered to your door or pick up in-store in 30 minutes. Lowest Liquor Price Guarantee. Biggest Range.

I can't see them going to a P1 offering. VA doesn't have depth of network coverage or any widebody offerings in the fleet. I see them going the Jet Blue USA style of product

Inlander said:
I can't see them going to a P1 offering. VA doesn't have depth of network coverage or any widebody offerings in the fleet. I see them going the Jet Blue USA style of product
Click to expand...

It depends on what you conceive the VIP, above Platinum offering to be. There's no need to mimic P1, they can come up with their own offering, for their own customer base. Whether they have widebody aircraft seems a bit irrelevant to that program design.

oz_mark said:
It depends on what you conceive the VIP, above Platinum offering to be. There's no need to mimic P1, they can come up with their own offering, for their own customer base. Whether they have widebody aircraft seems a bit irrelevant to that program design.
Click to expand...

Yes agree but widebody business class can be more premium in nature. If VA end up with the MAX they will have the ability to offer A JetBlue style of business offering.

If they had any brains, they'd dangle a Lifetime Gold or Lifetime Plat level after 10 or whatever years at those levels.

Or reach xx_xx_x Status credits, and you get one or both etc.

The brass have no big picture vision past next week, so it will never occur.

Rule #1 in all Elite programs on the planet - offer aspirational carrots to aim for. Then lots of folks STAY loyal.

If Velocity announced I had 1000 more SC to get in order to retain lifetime Platinum, I'd darn well make sure I got them. So would MANY others. - Result, a river of money into the coffers.

Right now they extend Status every year, so no reason to spend any real money. Folks are using miles to redeem for free flights in case Virgin vanishes, as there is ZERO reason to spend money.

These Hardlkr bootlkr folks are lurching from one thought bubble to the next.
Last edited: Jun 23, 2021
H