Budget carrier Tigerair could be ‘shut down’ by Virgin Australia, says major investor

The future of one of Australia’s major airlines is up in the air, with industry chatter growing louder that the aviation brand could be axed.

Virgin Australia may be forced to shut down its Tigerair low-cost offshoot to stem its bottom line losses and turn the parent company around, an investment manager has said.
Last month, Virgin Australia’s newly minted chief executive officer announced cutbacks to both its Virgin and Tigerair routes and a reduction in its fleet.

Virgin still denying this - but interesting speculation about a 'Virgin Light' possibility.... maybe a Resurrection of Virgin Blue?? 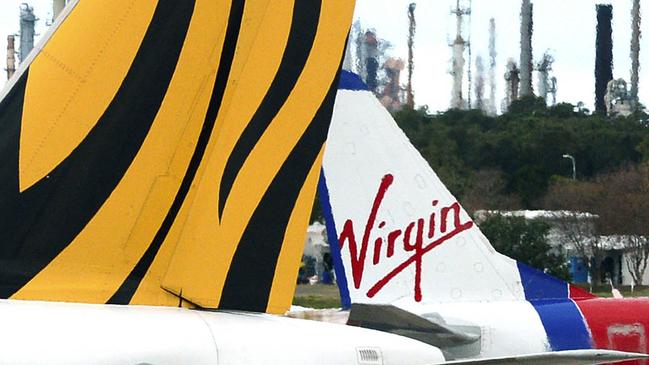 Virgin Australia has hit back at critics questioning the future of Tigerair, saying it “has no intention of shutting its budget carrier”.

Isn’t Virgin already light?
Earn Cash from everyday purchases
Get paid up to 25% in real cash from your everyday purchases from leading companies such as Virgin Australia, Booking.com, Woolworths, Coles, Apple, Microsoft and much more. Free to join and no catches!
Recommended by the Australian Frequent Flyer

Remember what happened to Continental Lite.

Given that the VA business model is now to compete with both QFd and JQd, there would be no need to continue with TT anyway.
Tigerair has such a poor reputation, closing the brand is a good idea (IMHO).

Time to have Virgin Australia and Virgin Blue......