It was with some trepidation that I booked Air India flights to Europe. Whilst Air India's reputation precedes them, I just couldn't go past the business class fare. The fare was $1735 SGD (~$1500 AUD) .... SIN-DEL-CDG/MXP-DEL-SIN, about the same price or cheaper than most carriers fares in economy to Europe at the time. With such fares there is always a catch, and in this case it was the layover ... 13:50 at DEL (airside) ... although due to rescheduling later this was reduced to 13 hrs + 15 mins!

I know a few on AFF were keen to hear about my experiences so happy to share my thoughts and a few pictures.
D

Yes that is not a typo. I was called about 3 hours prior to departure by AI at Changi that my AI flight was delayed four hours and they were putting me on the Jet Airways flight departing SIN at the same time. They requested I continue to AI checkin to get documentation transferring me to the 9W flight. Which is exactly what I did, and then strolled across from T2 to T3 to checkin at Jet. Great customer service from Air India .................. at Changi!

So the 9W flight proceeded without problem, I won't provide too much detail. Breakfast Ok, AVOD with a limited selection of movies, some turbulence over the Bay of Bengal , landed on time (but being a 737 was 15 mins longer than the scheduled Air India 787 flight).

On reaching DEL, I had 45 mins to make the connection. Now if it was SIN that would not be a problem, but DEL ... not so sure. I practically ran to the transfer area, as the plane reached a gate at the very end of one pier. Quite a long walk. Nevertheless, I soon reached the transfer desk, and after identifying the Air India attendant, in true Indian fashion I just ignored any queues and walked straight up to the desk (I don't think the queues were for that attendant anyway). She indicated the CDG flight was closed, but I explained the situation and indicated I only had hand luggage, and after a little delay I was handed a boarding pass for my CDG flight (as I checked in with 9W they couldn't provide it in SIN).

Next step was an escort through security. After some argument with security (in a combination of Hindi and English) and far as I could work out the security were saying that only crew could get fast tracked through security. Nevertheless I was allowed to queue jump, and soon was running with my escort as fast as we could to that gate. In the end I sat down in my seat 7 minutes prior to departure. Plenty of time . If I had been anything other than able bodied and an experienced traveller it would have been much more difficult. But given this was India, nothing short of a miracle that I made the flight!
D

I was last to board. I organised myself, caught my breath and once sitting down was offered cool drink and a choice of hot or cold towel. Given that I was sweating a bit, the cold towel was a nice touch.

First impressions of cabin - very open, quite spacious, and the much touted larger 787 windows were evident.

Plenty of space on the flight, as the business cabin was only half full. I had 3J and the adjacent seat was empty, the extra space is always handy. The seats were wide enough, although lacking in compartments to stow things, there was some space in the seat to put things, and a cut out for a water bottle.
D

After pre-flight drinks menus were handed out and we soon on our way.

The food choice was to 2 Indian dishes (1 chicken, 1 veg) and 2 western dishes (1 fish, 1 veg), a theme repeated on the return. I chose the chicken.

Plenty of food, and the service seemed to very much along the style of SQ meal service in business, pre-dinner drinks, entree, bread basket, main plus wine service, dessert, tea & coffee, cheese and fruit trolley, chocolates. The quality was reasonable and certainly very tasty food, without being too spicy, for Indian food. Better than I expected.

I took the jamon for dessert (my favourite Indian dessert), which was as expected and finished with some fruit, but too full for any cheese.

So after the meal, and a hot towel service, I settled in to watch some IFE, plus the view out of the window.

I came prepared for very limited IFE - so had a book and some other video material to watch on my computer. The reviews were right - the selection of western entertainment was very limited, maybe 20-30 movies, and about 5 epidodes of different TV shows. I did find a movie to watch, but then proceeded to pick from the extensive Indian selection and found a couple of gems there, with english subtitles.

Despite this, I spent a lot of time gazing out the window. I've taken day flights to Europe before but the window shades remained down because of the glare in the cabin. However this is of course not an issue on the 787, even when the window tinting was set at full brightness, the cabin remained glare free. Add this to a trip that was free of cloud cover and some of the views were quite spectular, something that I would not have enjoyed on any other type of aircraft.

You can see the window tinting in the following photographs.

Soon we were flying over Central Europe and time for a pre landing refreshment. Important to remember this flight is the same distance as SYD-KUL, at 9 hours quite short, so only one full meal. The refreshments consisted of cake, fruit, some warm chicken bites, cold pizza like item and open sandwich:

Landed in time in Paris, through immigration within 3 minutes of doors opening (no luggage).

Overall the flight was good, the crew good during meal services, but at other times were re-active rather than pro-active. Will share some more on the return flight later, but the crew coming back were better.

dajop said:
Overall the flight was good, the crew good during meal services, but at other times were re-active rather than pro-active. Will share some more on the return flight later, but the crew coming back were better.

Thanks for the TR write up. At Least being re-active is better than my last AI flight in J - asleep. Literally. In the last row of J once all the passengers were fed and plied with alcohol.
Buy Wine Online | Vinomofo Australia
Vinomofo is the best wine deals site on the planet. Good wines, real people and epic deals, without all the bowties and bs.

SeatBackForward said:
Thanks for the TR write up. At Least being re-active is better than my last AI flight in J - asleep. Literally. In the last row of J once all the passengers were fed and plied with alcohol.
Click to expand...

I will try and write some more about the return sector to DEL, the crew on that flight were excellent, very proactive (at least until I went to sleep). Also, as soon as I woke, they noticed me wake up and I was immediately offered an OJ and then shortly served breakfast.

For that price I'd definitely consider it. Thanks for taking the time to share.
M

Thanks for the report!

This fare has been around for a while and is excellent value - plus star alliance points earning? So should credit well to Aegean. For around $2300 you can get mixed class with SQ economy (red-eye to connect with the AI departure) followed by a full flat bed for the rest (selected ports in Europe).

The connection time in DEL is somewhat short at 1 hr.

Great review..
A very large wine selection... maybe they need to copy SQ on that front as well.
S

The menu and meal look much better than when I flew them DEL-SYD also on 787 J. 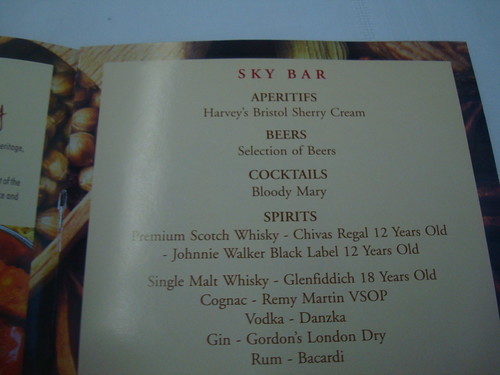 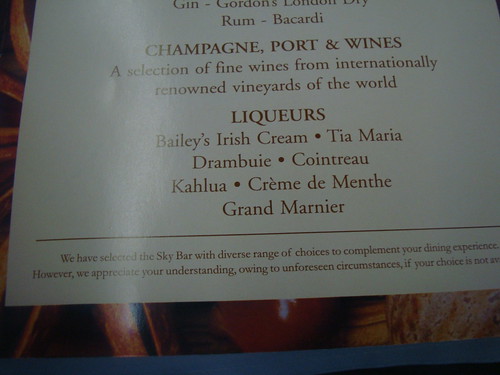 Great to see a different TR for a change :mrgreen:
Z

The only reason I can see to fly them is price. Service from their reservation/ticketing has been terrible and even illogical.

I would happily pay that much for the seat/space, food and booze doesn't mean much to me when flying so thanks for the trip report. Good to see.

Hook up scoot to Sin and it's $2k total.

What could one do in Deli with a 13 hour layover? as the lounge there is awful they say.