I recently flew with Air China from Europe to Australia and back, and had long layovers in Beijing in both directions. In case it's useful to somebody in the future, I thought I would post some details about the free transit hotels that Air China provides.

Due to the long transit times, Air China provided a free transit hotel in both directions. You can also choose a free chauffeur transfer or access to a transit lounge in lieu of a hotel.) After booking the flights, I was able to book add the hotels for free on the Air China website - https://www.airchina.com.au/AU/GB/promotion/accommodation. There was a list of around 8 hotels near Beijing Capital Airport to choose from, and various eligibility requirements which you can read about on the Air China website. 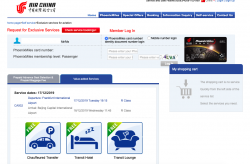 On arrival at Beijing, I had to apply for a 24-hour visa-free transit permit at the special counter, then clear immigration and customs. In the arrivals hall at PEK, I then approached the Air China Transfer Service counter near Exit B: 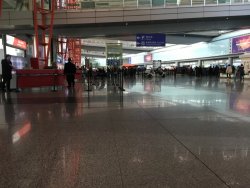 The staff at this counter have a list of everyone who has booked a transit hotel. I was given a lanyard and told to wait for the free hotel shuttle bus, which seemed to run every hour. The shuttle came after around 20 minutes and at the hotel, I just had to provide my passport and boarding pass for my next Air China flight. At check-in I was able to book a free return shuttle back to the airport for later that night.

I used this service twice and stayed at different hotels each time. The first hotel was Yuanhang International Hotel, which wasn't bad although the internet didn't work, and I was a little concerned about some exposed wiring in the shower. 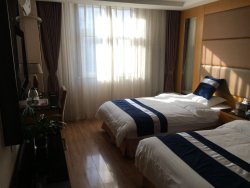 The hotel had a restaurant with free breakfast, but as I arrived in the afternoon I didn't try it. Other delights such as "spicy beauty shoes" were available for purchase. 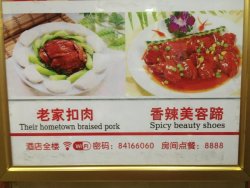 On the return trip, I stayed at Wansihotel (also known as Vansi Hotel), which I think was a better hotel except that none of the staff spoke passable English, so communication was difficult. 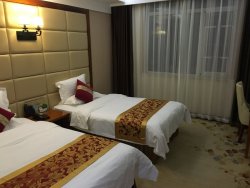 All in all, a good service if you're flying with Air China to Europe.
Last edited: Jan 7, 2020

thanks for this. finding interesting free stopovers is a good tactic.

Were the hotels in interesting areas or in airport industrial areas?
V

Interesting option. Will keep in mind for a trip later this year
R

Great to hear Air China goes an extra mile with their customer service and strives to provide the best core capabilities within their business strategy, particularly before the 2022 Beijing Winter Olympics as its the customers that should benefit and not only the greedy CEOs and shareholders we find with most airlines.
M

Thanks Matt. Chinese STPC hotels are usually have a fairly low bar. Would you say it is worth it? Or try and organise a tour to say the Great Wall?

albatross710 said:
thanks for this. finding interesting free stopovers is a good tactic.

Were the hotels in interesting areas or in airport industrial areas?
Click to expand...

Airport industrial areas, sadly. It took me about an hour to get to the city from there.


MEL_Traveller said:
Thanks Matt. Chinese STPC hotels are usually have a fairly low bar. Would you say it is worth it? Or try and organise a tour to say the Great Wall?
Click to expand...

Why not do both? The hotel is provided for free, so you could drop your things there, have a shower and then arrange your tour pick-up from the hotel.

On my return journey, I had a layover from 4.40am until 2.20am the next day (flying SYD-PEK-MUC) so I slept at the hotel in the morning (which would have been during the night in the European time zone) and did a food tour in the evening, which was really interesting. I had also thought about doing a Great Wall tour, but I have seen it before.
M