WAving - from a west coast voyage

Back in mid-January 2020, I booked this voyage for January 2021: Explore Raja Ampat & Spice Islands with Coral Expeditions

My deposit lay around with Coral Expeditions until at the end of January 2021, when they announced a whole new slew of coastal voyages within Australia. I pounced onto it immediately!

Still thinking it too risky to choose one outside WA, I opted for 12 nights Broome-Fremantle in October: 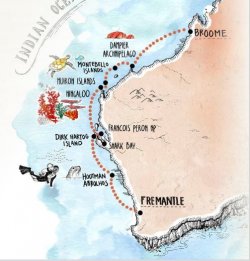 Although I’ve visited many of the places by land, and the Abrolhos by boat (Not shipwrecked or mutinying, waving - from the Abrolhos Islands), it will be interesting to do most of the repeats in a different way.

PJM snared some leave, brother and SIL also signed on immediately and after a casual chat at dinner one night a couple of weeks ago where I mentioned that I thought that cancellations had thrown up some vacancies, good friends checked it out. Sure enough, they could join at the last moment.

It also turns out that @Port Power is on the same voyage.

So, come Tuesday, we’re on the bird PER-BME and then aboard ship the following day to start the voyage to Fremantle.

The flight has a chequered history. First it was a F100, so no J but the upside of 2-3 config. Then it was changed to an all-whY A320. Finally, a few weeks back, it was changed to a B738. Woot-woot! The four U bucket seats were swiftly snared as UPGs and the load looks very light so late-aboard friends may have a good chance of UPGs.

Good ‘ol EF keeping track of goings-on. Could this be a stirring of Life As We Once Knew It™?

Tomorrow morning it’s off for the mandated Covid swab 72-48h before boarding. Ha! Locked up in St Marko’s Covid Sterility Paradise™ for about the last 20 months, there’s no chance of that returning a positive. The barrage of ‘SailSafe’ paperwork from Coral Expeditions has been something of a PITA, and their handling of it a bit messy (double-check EVERYTHING if you are considering going on one of their voyages).

Bizarrely, not once have they asked what our vaccination status is.

JohnM said:
Bizarrely, not once have they asked what our vaccination status is.
Click to expand...

Thats incredible ! We had friends do Coral Expeditions around Tassie, make sure you take any first aid stuff you think you will need as there is NONE on board, or thats what they found !!

Surely that can't be the case.

@Port Power recently did BME-DRW (or vv); paging to the white courtesy phone for comment.

JohnM said:
Surely that can't be the case.

@Port Power recently did BME-DRW (or vv); paging to the white courtesy phone for comment.
Click to expand...

I am having lunch with them today I will double check the facts / my memory !

This sounds like trouble. Both M brothers on the same boat. At least BrotherJohnM is much more polite and well mannered

Looking forward to reading your trip report as we have booked this voyage for next October. We’ve already done a Kimberley cruise with them and repeating it again next June with friends.

Iirc , the officers all hold substantial first aid quals and the ships carry substantial facilities.
I recall chatting with the first officer who articulated substantial quals for himself and the skipper
Interesting to find a differing perception...

tgh said:
Iirc , the officers all hold substantial first aid quals and the ships carry substantial facilities.
I recall chatting with the first officer who articulated substantial quals for himself and the skipper
Interesting to find a differing perception...
Click to expand...

That was my understanding and has been my experience, even on small (ie. 10-30 pax) vessels. Every time we went out on the tinnies/Zodiacs and ashore in the Kimberley and Abrolhos, the leader carried a substantial backpack of first aid and comms gear.

On Coral Adventurer nearly six weeks ago, there were definitely first aid supplies. The doctor for the trip (from Busselton) also brought his own supplies. There was definitely antiseptic/Betadine. One passenger had a small existing dressing that was changed a few times. The smaller Discoverer should still have had some basics, surely? Nevertheless I always take my small kit of paracetamol, bandaids and alcohol swabs.

A doctor on board wasn’t usual before COVID-19. All crew are trained in first aid, and all Captains, as told by the Captain, have a higher classification of training. The doctor is a guest position (free cruise and expeditions for self and partner) for taking temperatures every morning.
Last edited: Oct 25, 2021

The only emergency first aid I look for: 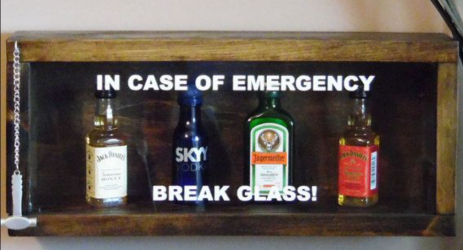 I thought the crew already had to be fully vaccinated? Nevertheless, I’m glad they have set a date for passengers too. I sent in my vax certificate on the last cruise anyway, just to be sure.

I just heard there are only 49 passengers this cruise. That’s a good number: large enough for mingling, but small enough so only one Xplorer will be needed. But it does mean at pre dinner drinks, not everyone will fit on the rear deck. They might need a second barman to mix coughtails though! 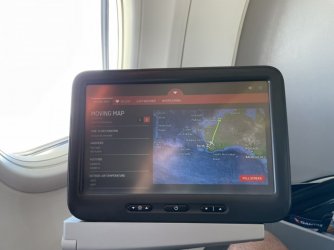 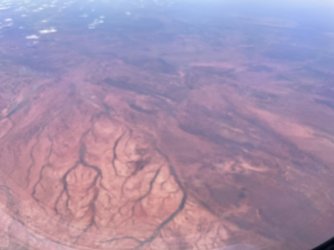 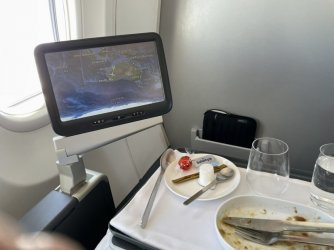 Looks like you finished all your moths. Must be in season this time of year....

No NP Rabbit Food Salad (TM) even on offer.

Finally, an actual enhancement!
Earn Cash from everyday purchases
Get paid up to 25% in real cash from your everyday purchases from leading companies such as Virgin Australia, Booking.com, Coles, Apple, Microsoft and much more. Free to join and no catches!

OK, back home and various dross cleared away, so back to the TR.

Coming into BME. The airport is in the middle of town. A W wind means an approach path from the E straight over the top of the town centre. It’s great to watch from the main street. 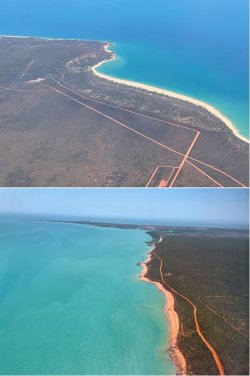 Out, into a rental people-mover for the six of us and a quick look around for PJM who hasn’t been to Broome for many years, before heading to our hotel at Cable Beach.

The mandatory sunset pics at Cable Beach before heading back into town for beers and dinner at the iconic Matso’s. Tuesday night is jam night. The place was going off. 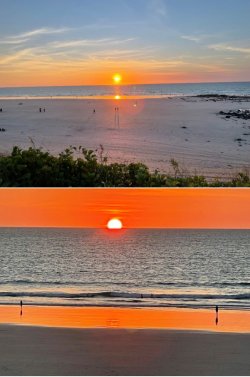 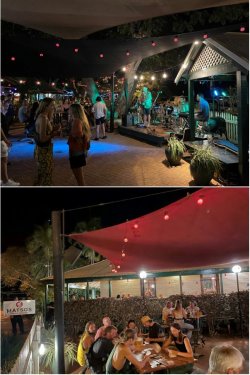 Kimberley Sands Hotel. The following morning was breakfast downtown and scoping the many pearl shops before heading to the downtown muster point for the voyage. After check-in formalities, we were bussed to the port to board the ship. 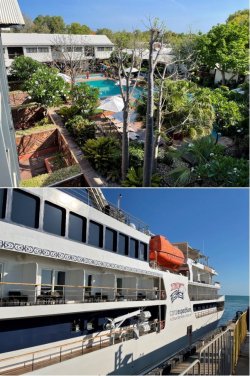 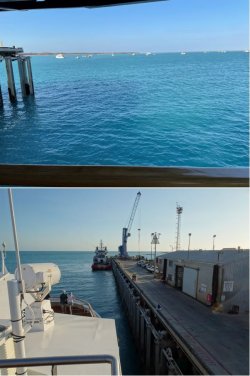 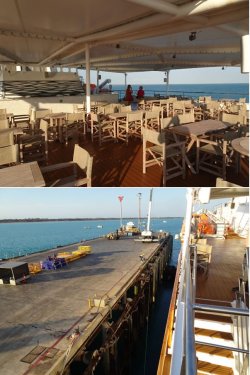 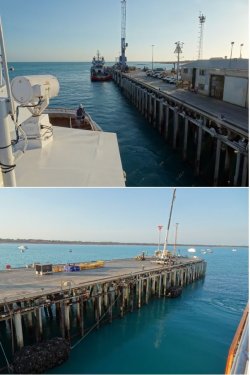 This falcon liked the tip of an aerial to perch on as we pulled away from the wharf. 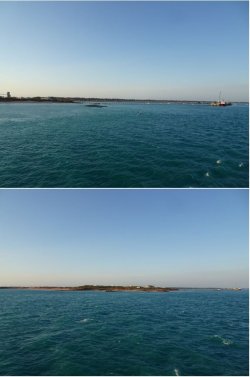 Off into the sunset. We first headed W, then NW before swinging to the SW with receding views of the red coastal cliffs around Gantheaume Point (Gantheaume Point | Australia's North West), at the S end of Cable Beach. 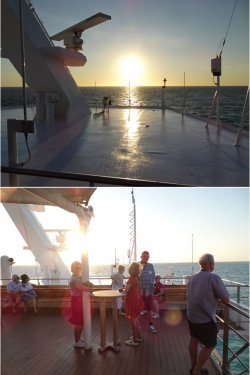 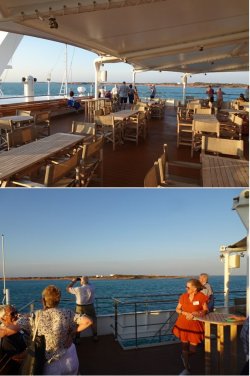 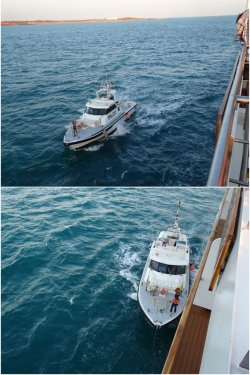 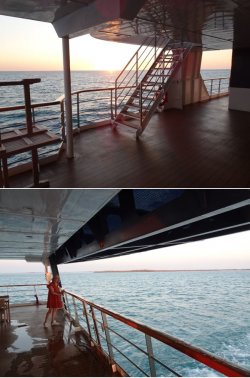 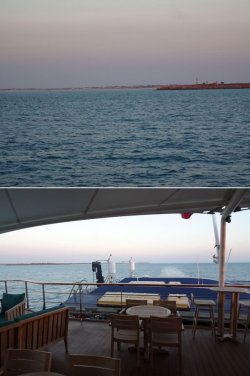