VA Economy Service changes - "Staff will be able to assist"

Why do people pay these silly prices for stuff??

I gave up on this years ago and take my own snacks with me. A couple of Uncle Toby's muesli bars is way better value and more substantial (though marginally more nutritous) than this rubbish, and regular travellers can keep a couple of boxes at home or the office to grab a couple to throw in the carryon bag or put in your pocket.

Given their buying power, it would cost a couple of dollars to provide a sandwich and a small sweet snack in a paper bag. The cost is neglible in the overall air fare so this is not going to result in lower cattle class airfares.
Click to expand...

I've seen people take KFC onboard VA2 flights, maybe they are onto something!

ff-jr said:
The economy menu doesn't inspire much, but it doesn't need to. It's hardly a strong revenue stream, and most folks will grab a meal before or after a flight if they're hungry. Staying away from perishables will help with cost control.
Click to expand...

Some markets are stronger than others. Melbourne to Sydney not, but say Cairns to Sydney or Melbourne is a different story.

My last flight (JQ) 6pm CNS-MEL they had to limit hot food to one per person due to demand.

This is the JQ offer:

That is the middle man pulling the profit away. Woolworths deals directly with suppliers, Virgin needs to go through Gate Gourmet who then sources from the supplier.

Your missing the convenience factor also. Same stuff at the footy.
A

Saab34 said:
Your missing the convenience factor also. Same stuff at the footy.
Click to expand...

You don't have to bankrupt yourself for convenience. Just needs a bit of forward planning. You know in advance you are going on a plane. You just add it to your packing list.

As for footy etc, the same comments I made still apply. I always take food with me when I go out to places where I know there will be food at rip-off prices. I will buy a drink, but it is easy to carry a sandwich and a snack or two. I love a pie and sauce, but under no circumstances whatsover will I ever pay football ground prices.
M

Sometimes buying something onboard is unavoidable. But I agree, a bit of forward planning removes the reliance on the on-board fare.

Though I would perhaps argue that a full buy on board menu is better for those who plan on eating on-board than the full service snack equivalent. At least you now have the option to buy however much you want, instead of making do with what they throw at you. Regardless, for me I always have a muesli bar or something similar in my bag. Never know when you might have an extended delay!

Especially if you are flying to/from Perth. You could very easily end up on a flight of double your expectations. About a decade ago I recall being on the last plane to land due to bad fog one evening. Everyone else on the aircraft behind flew to Melbourne, landing around 3am. Hard luck for those who left the same airport at 8pm...hope for the best, plan for something less optimistic
O

BNEFlyer said:
AFAIK perishable items are coming. I think it's good VA have implemented something now along with the new J menu rather than wait until they could get a full "beefed up" BoB offering.
Click to expand...

Why bother changing the economy offering at all at this point for such a coughpy BoB. Hurts the brand more than anything. Just wait until they’re in a position to launch the more substantial menu.
J

Must...Fly! said:
I agree, a bit of forward planning removes the reliance on the on-board fare.
Click to expand...

Much more effective than backward planning! 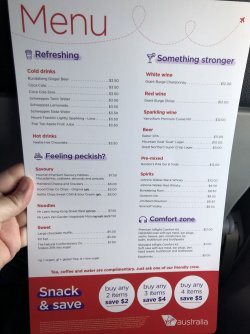 This morning I flew a few Virgin flighs. On my first, LST-MEL was served the good old orange biscuit and a glass of water. A trip to the Melbourne lounge involved a coffee and the best quick option available - banana bread - before running back to the gate for the MEL-SYD leg. A copy of the onboard menu for your reference, I was a bit disappointed that the most substantial meal like option is noodles. I had a cup of tea and then resolved that I will be avoiding Virgin for business travel unless flight schedules necessitate it.
Tonight doing the same flights in reverse.

ole nimeton said:
Why bother changing the economy offering at all at this point for such a coughpy BoB. Hurts the brand more than anything. Just wait until they’re in a position to launch the more substantial menu.
Click to expand...

I believe it's because they don't want to have a lot of perishable food onboard that might go to waste, based on current loads. I'd expect we'll see a different menu in the third quarter of the year.
J

Might be 20/20, but won't magically provide a muesli bar for the flight you already took. Yes, hopefully, will mean a muesli bar on the next one...

Here is the media release: 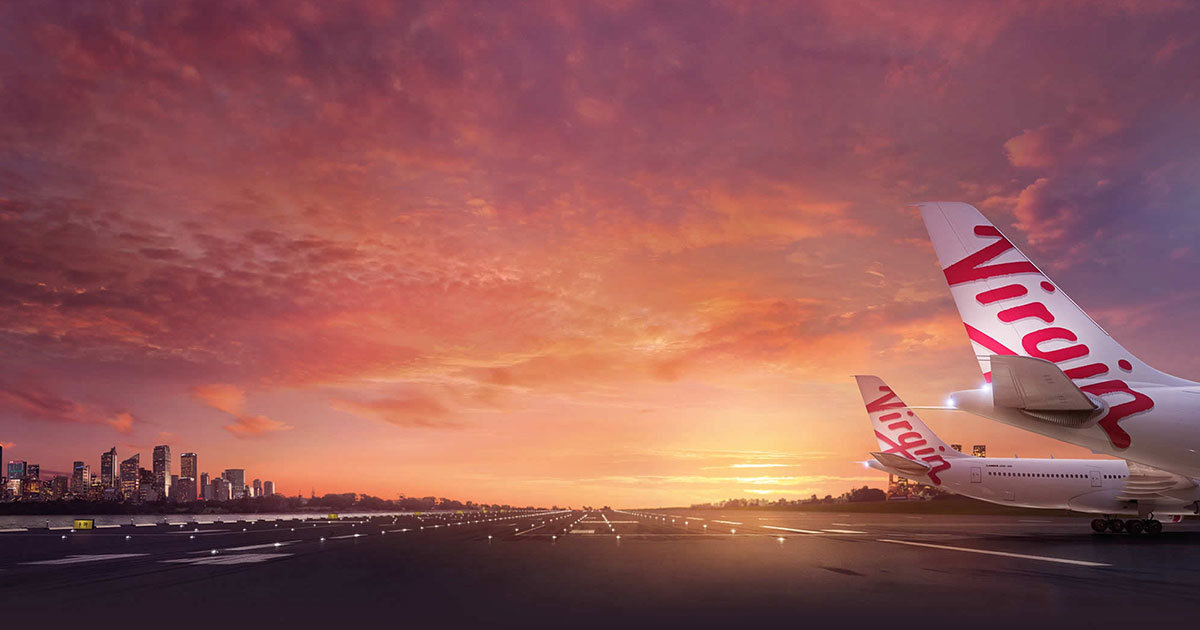 Following a reduction in the price of Business Class fares of up to 20 percent last November in comparison with pre-COVID-19 prices, Virgin Australia also announced today that the airline will undertake a further review of its Business and Economy Class fare brands.
S

Following a reduction in the price of Business Class fares of up to 20 percent last November in comparison with pre-COVID-19 prices, Virgin Australia also announced today that the airline will undertake a further review of its Business and Economy Class fare brands.
Click to expand...

I couldn't see this working... Basic business like Emirates means you don't get Lounge access (VA doesn't have this in most places anyway), Limo service (VA cut this ages ago), no seat selection, and limited points.

I'd happily take just the bigger seat and even pay for food if it was significantly cheaper but it'd be very dangerous if they started doing this given people might take them up on the offer, potentially damaging the actual business product.
H

Basic Economy (seat/carry-on only) on the other hand, if it does happen, takes VA back to the Godfrey era Virgin Blue days and the early NZ/VA partnership. (Pre Luxon era)
J

Perhaps.... to compete better with REX? And basic economy to compete with Jetstar.....

Its going to be REX v VA2 V Jetstar bloodbath the way things are going....

Who is going to win?
M

jakeseven7 said:
Who is going to win?
Click to expand...

Alan Joyce.
Book with Virgin Australia - Fly with Virgin Australia
We've Increased Our Flying to 30 Destinations Across Australia. Book With Us Today. Change Your Flight, Fee-Free and As Often As You Like for Travel up to 30 Apr 22*. Contactless Check-in. Special Safety Protocols. New Cleaning Practices. Online Check-in.

Indirectly, yes, it will be AJ and QF.
Yes, QF is not the best(est) airline in Aust, but now that VA have decided to go "mid range", QF will be the winner.
As I said, they are not the best, and they can improve, but in a lot of ways, they are well ahead of the new VA.
With REX in the war now, would have thought VA would do something to stand out from the crowd.
Edit:

Mr_Gimlet said:
So travellerse can "purchase their favourite menu items at a reasonable price"

AustraliaPoochie said:
Indirectly, yes, it will be AJ and QF.
With REX in the war now, would have thought VA would do something to stand out from the crowd.
Click to expand...

It does seem VA2 seems to be mirroring REX a lot which is interesting OR some would say Bain went quite public with their plans to take VA2 downmarket early and REX just got the jump on them and got there first.....

Hopefully VA2 is not mirroring with the REX passenger loads though, gulp... 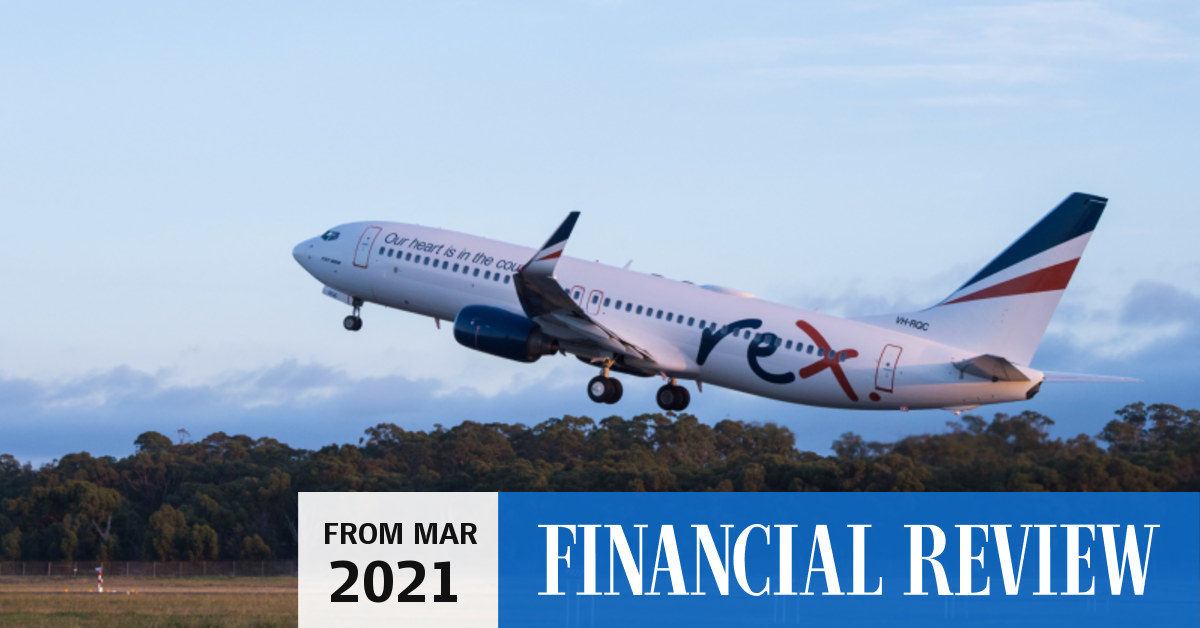 Regional Express had just 21 passengers travelling on its midday flight from Sydney to Melbourne on Tuesday, an industry source says.