Im a big fan of live theatre and I love to indulge when home in Sydney and also when travelling interstate and abroad. It wouldn't be a trip to London without a couple of west end shows or to New York without some Broadway/Off Broadway shows plus a comedy set or live music venue thrown in.

There are a lot of productions currently playing in or coming soon to Sydney, so I thought Id start a thread to discuss them.

A lot of other productions not mentioned too.

Im a huge Hamilfan having been lucky to previously see it performed on the West End in London on 4th July 2018 and of course have watched the Hamifilm (Original Broadway Cast) recording on Disney + several times. The soundtrack has also been on heavy rotation on spotify.

So I write this review from the pov of someone who is very familiar with the show, but who still remembers the joy of seeing it live the first time.

Hamilton tells the story of Alexander Hamilton one of the founding fathers of USA using a score that blends hip-hop, jazz, R&B and Broadway. IMO you dont need to be familiar with the story or characters, the show tells you everything you need to know, but if you are familiar with the independence story then you will notice many easter eggs and inside jokes.

The Sydney set is pretty much identical to the original and costumes largely similar with a few differences I believe because there was some difficulty sourcing some fabrics during Covid. The choreography also the same, althpough not as tightly performed as it couldnt have been in parts.

The opening number felt a tad slower than previous productions Ive seen, the benefit of this was that it would be much easier for a first time viewer to discern the lyrics which were articulated very clearly even though in rap/hip-hop format.

For me the success of any Hamilton production hinges of the casting of Aaron Burr, as he is the narrator and it is as much the story of his life as it is of Hamilton. Lyndon Watts was perfectly cast as Burr and particulary shines in the second Act.

Jason Arrow as Hamilton, is very strong vocally and made some brilliant choices for interpreting delivery of key lines, although there is room for improvement in his movement.

The other stellar standouts were Victory NDukwe as Lafayette/Jefferson, Marty Alix (especially as John Laurens) and Chloe Zuel as Eliza.

Akina Edminds has a beautiful voice but it lacks power, I felt thet needed to turn her microphone up to compensate as the character of Angelica should dominate over Eliza in Act 1.

The one disapointment was that we got the understudy for King George (Callan Purcel instead of Brent Hill) ow I dint much like NBrent in School of Rock but have herad his KGV is brilliant. I was not a fan of the vocal choices Callan made for KGV (too much talking not enough singing), it took away a lot of the musicality of You'll Be Back but his movement was good.

Conclusion the Australian production is totally worthwhile seeing and I hope to be able to go again before it closes. Currently selling tickets to end of November, but likley to be extended.

Just bought some last minute tickets to Fun Home, so will report back next week.

I imagine it will be popular, but i have never enjoyed it myself. From that era I prefer Les Miserables.

I'm surprising my husband with this one for, and on his birthday!

Katie said:
I'm surprising my husband with this one for, and on his birthday!
Click to expand...

I went to Fun Home on Tuesday night and enjoyed it. The 3 actresses who play the main character Alison at different ages were all really talented and the child actors were genuinely funny.

Im linking to the below review as it sums up the show better than I could, I agree with everything except for the comments about Marina Priors performance, I always find her voice grating and ácting wooden. 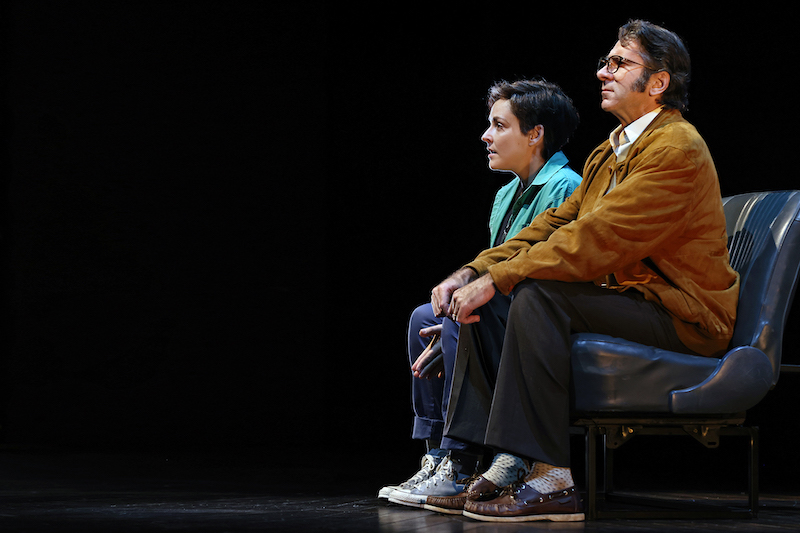 There is one week left in the season and still some tickets, so check it out if your inetretsed in some a bit left of centre.

Now it’s time to check who made the pill.

Anyone looking for good last minute Hamilton tickets would do well to check out Ticketmaster, as with the Victorian lockdown many of the best seats over the next week have been re-released as affected ticket holders reschedule for later performances.

So last night I went to see Come From Away at the Capitol.

I was vaguely familiar with the role of Gander in 9/11, and its been a musical Id had opportunity to see a couple of times and to my loss had passed on. In NYC I went to Dear Evan Hansen instead (no regrets at all its great) and in London I saw Nine to Five (it was very average, Dolly's video cameos the only highlight), poor choice when Come From Away was available.

Id bought the tickets in 2019 for June 2020, but with covid it only finally opened this week. We had dead centre front row of the dress circle (my favourite place in the Capitol), it had been quite a wait.

I loved it and highly recommend that anyone in Sydney whop doesnt already have tickets go and get some. It was much funnier than I thought it would be.

The cast, all of whom play multiple characters seamlessly switching from newfoundland accent to American, English, Egyptian or African were fabulous. Very diverse in terms of ethnicity and age.

The story is heart warming, funny, sad and uplifting. My favouirte numbers were "Welcome to the Rock", "Me and The Sky" and "Somewhere in The Middle of Nowhere". A good portion of the show is spoken, its not all singing like Hamilton or RENT.

Huge standing ovation for the cast and even bigger for the band who did a great instrumental encore. The buzz was great afterwards.

The band being on stage and mix of instruments very much reminded me of Once.

For some reason Capitol is only operating at 70% capacity so whole back half of the dress circle is closed, whereas Lyric is operating at 100% for Hamilton. It was a little sad seeing the curtain closing off so many seats in my favouirte theatre, and because the set is very simple, the stage seemed small with nothing jutting out from the wings or ceiling and no orchestra in the pit. Actually the Capitol felt a little tired, they would have done well to take the opportunity to replace the seat cushions during last years hiatus. I actually think Come From Away would have be better suited to the State where it was orginally supposed to play.

I'll be going to Hamilton again on 24th October, taking a friends daughter as a belated birthday present.

I am tempted to go to a repeat viewing of Come From Away because ther eis a 4 tix for the price of 2 offer for people who have purchased tix previously.

Jagged Little Pill has been rescheduled to November.

Things are looking up.

If you download the Today Tix app, they are doing same day rush rickets for $45, at 9am each day any unsold tickets for that nights evening performance are avialble for $45 each exclusively via the app.

That is a bargain because full price ticketers were originally $160.

SYD+1 managed to win the “Hamilton lottery” on TodayTix. $10 each! TBH, I wouldn’t have like to have paid full price. I’ll check out the JLP offer.

A received an email today from Darlinghurst theatre, they’re 3rd attempt to put on a Chorus Line will be at the Opera House in Feb/Mar (after a short run in Parramatta in January). Fingers crossed.

Yeah I got same email form DTC and have now reused my credit (for 3rd time) for seats at SOH, as there was zero chance of trekking out to Paramatta/. Waiting for them to make a call whether Once will be rescheduled as well.

WRT Hamilton, on second viewing I was very happy to see the vast improvements in the production, the choreography was tighter and Callum Purcell had improved 1000% as King George.

There are a few smaller production in Jan and Feb at Nancy Hayes which Im trying to decide if are worth a view.

Read a weird review about STCs Julius Caesar where they were complaining about changes to appeal to Gen Z, But STC has always put on whatever Shakespeare plays are on the HSC syllabus as it guarantees them selling a bunch of matinee tickets to students, so shouldn't be surprising at all.
Share:
Facebook Twitter Reddit Pinterest Tumblr WhatsApp Email Share Link