Black Duck said:
No OZDUCK. Think they pinched my name though! Wish I could have met up with you but it was one of those weeks. We had been over in Albany at the start of the week too. We are half way between Denmark and Walpole so maybe your next visit?
Click to expand...

Sounds like a good plan - but our last visit was 6 years ago so....

"The ANZAC Desert Mounted Corps Memorial is a duplicate of the original statue erected in Suez in the 1930's." The original was damaged in in anti-British riots in 1956 during the Suez Crisis. 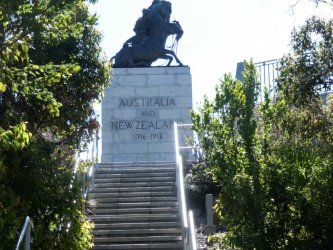 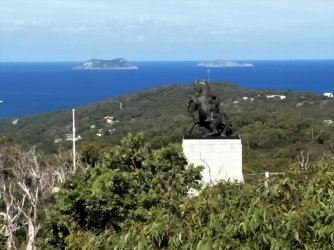 There were a number of these lizard's sunning themselves on the road. This one was completely unfazed by us. I think that it is a King's Skink. 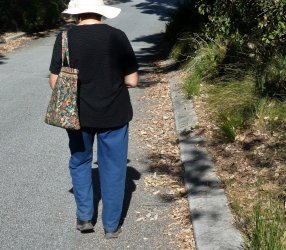 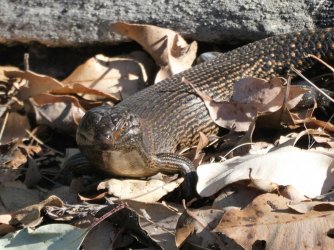 A couple of the old 6" guns that armed the fortress are still in place. This photo is from a previous trip as the path was being repaired this time. 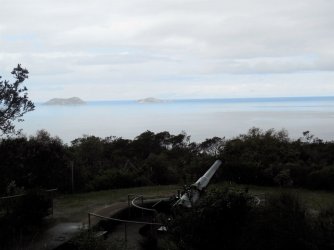 Also from our previous trip. This is the view from inside the ANZAC Centre across King Georges Sound 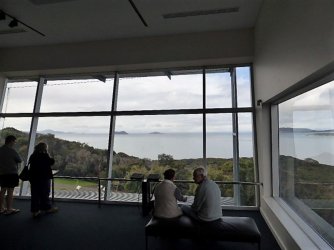 Been 20+ years since I've been there...some more things to see now by the looks.
B

OZDUCK said:
Sounds like a good plan - but our last visit was 6 years ago so....
Click to expand...

Well that's just too long. However given the current world and lack of ability to travel normally, its a good excuse to return sooner but maybe base in Denmark.

Denmark WA has everything one could want. Surf, wineries and restaurants, forest, farms, mountains, inlet and river. And a hospital.

sinophile888 said:
Denmark WA has everything one could want. Surf, wineries and restaurants, forest, farms, mountains, inlet and river. And a hospital.
Click to expand...

Much as Denmark has most of what you say I think referring to there being any mountains in W.A is really being a bit kind to our big hills

I was thinking of Mt. Lindesay, off Scotsdale Road. I just assumed it was a mountain. It is 385m above sea level.

Some more photos around Albany.

Whenever I visit I make a point of driving down Bridges Street and pretending I am in San Francisco - Lombardo Street eat your heart out! 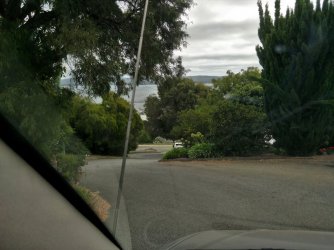 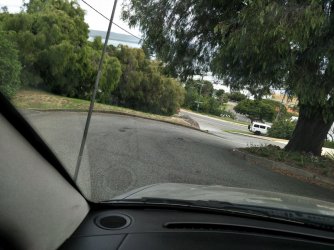 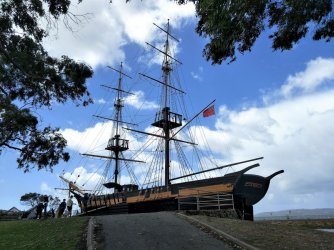 Old Farm, Strawberry Hill. This is the site of the first farm in W.A and was the first property in W.A to be managed by The National Trust. It has been recently completely refurbished. There is a new Visitors Centre staffed by enthusiastic volunteers. They provide the Guided Tour, included in the entry price. The tours are in small groups because of the size of the rooms - ours was 3 people. They also sell tea/coffee and tasty home made cakes in the victors centre. It is well worth a visit. 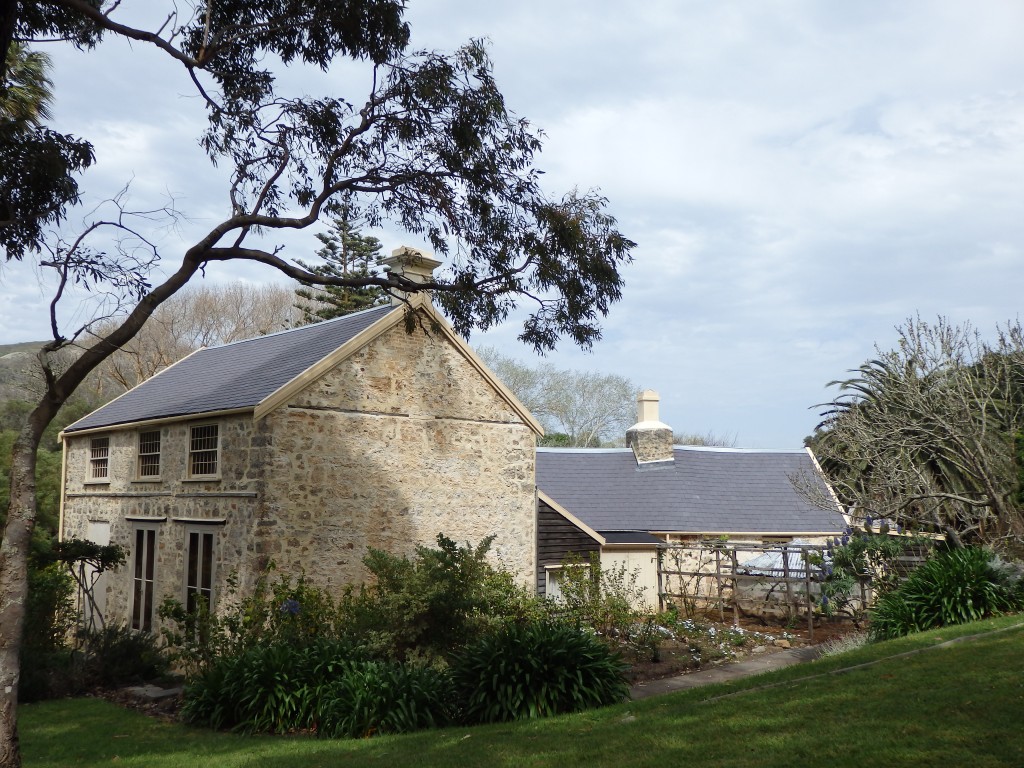 Strawberry Hill was considered old more than 100 years ago.

The main part of the building dates to around 1836. 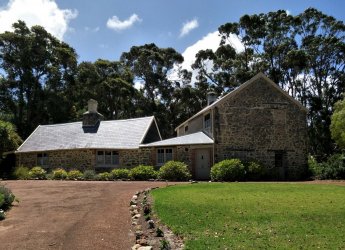 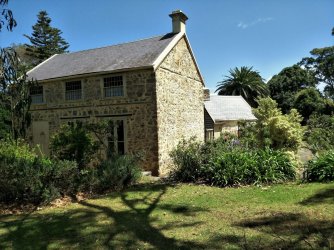 The visitors centre is attached to the left of the old workers rooms. 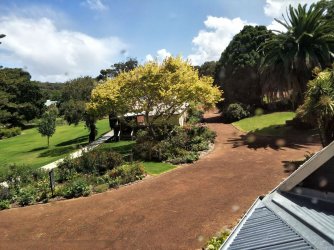 @OZDUCK the Cheynes II at one stage was being fitted out to be a floating restaurant to operate at the America's Cup in Fremantle, however the owner went broke before completion.

We went on board not long after it settled in front of Quaranup & the interior was set up with jarrah booths & panelling. The wood would have been worth a fair bit even then & didn't take long for it to be gutted. 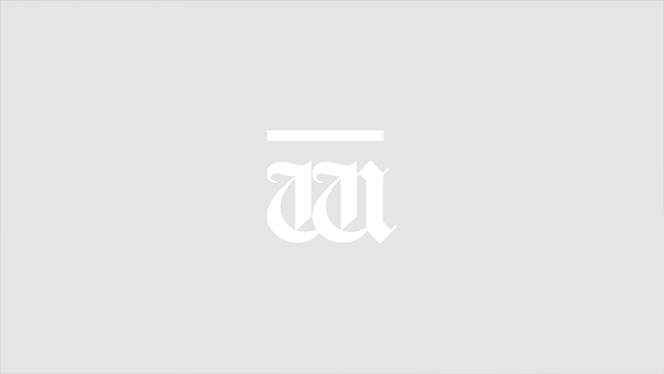 sinophile888 said:
I was thinking of Mt. Lindesay, off Scotsdale Road. I just assumed it was a mountain. It is 385m above sea level.
Click to expand...

The current description of a mountain seems to be >300mts so there are some in Denmark area but it use to be said that Bluff Knoll in the Sterlings at 1099m was the only true mountain in the south west and that it only just scraped in so the definition has changed. Still not all that high compared to anywhere else. Our poor old mountains have just worn out.

Albany has a second 'harbour' - Oyster Harbour. It is much smaller and shallower than Princess Royal Harbour and is only used by smaller vessels.

From Mt Clarence. The point on the left is Emu Point and Oyster Harbour is the body of water in the distance. 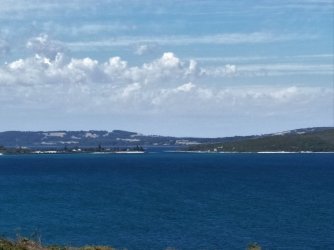 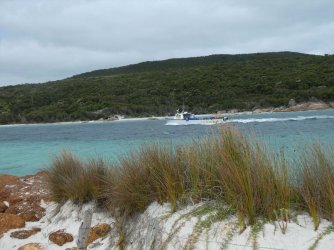 There is a nice sandy beach at Emu Point. This area is a favourite for vacationers as there are plenty of chalets, caravan sites etc. 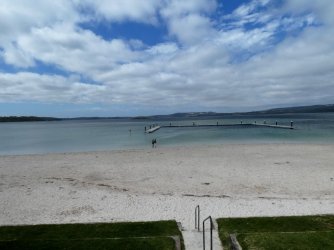 There is actually a small oyster operation in Oyster Harbour. I gather the company is now owned by the ubiquitous Twiggy Forrest. 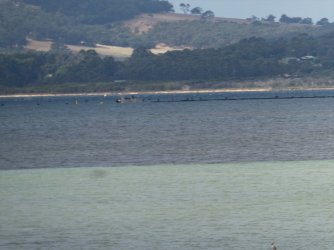 A bit of Scotland. These heritage listed buildings on Stirling Terrace were built in the 1880's & 90's. They were occupied by shipping companies in Albany's heyday as the main WA port - including by the Adelaide Steamship Company. 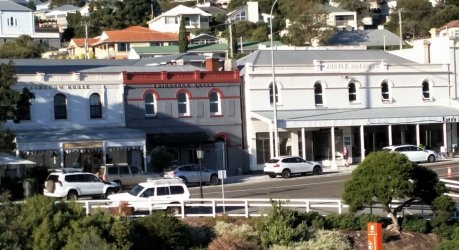 The Albany Residence - "Completed in 1850, the original building served as a store and office for the nearby convict-hiring depot" 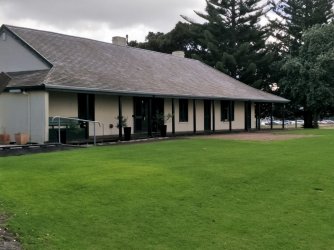 When we were there the restaurants were jam-packed - it was just after the end of the '2 week lockdown'.

We had one meal at Due South, a large Tavern/Restaurant which is on the harbourfront directly in front of the city centre. My wife's Whiting and Chips was pretty ordinary. The fish was soft and bland and the chips were soggy and tasted a little like they had been cooked in 'old' oil. I had a Cheeseburger which tasted fine but the chips tasted the same as those of my wife's meal. It was serving a huge number of meals and, to us at least, it seemed like the kitchen and serving staff were a bit overstretched. To be fair most reviewers on Google seemed to have had enjoyed their meals. 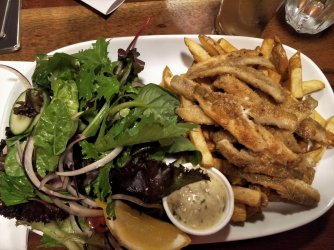 We had better luck at a small Japanese Restaurant in town - "Don Japanese Fusion". They were also extremely busy - but gave us some complimentary, and very nice, spring rolls as an apology for a delay in our meals. 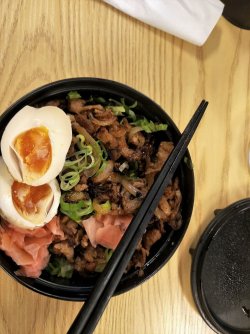 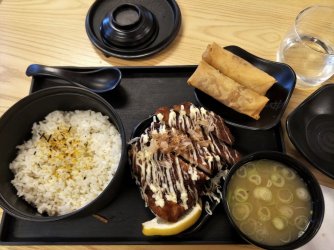 And that is all. As the sun sets slowly in the West I will say goodbye from Albany. 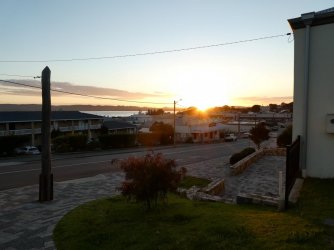 Great photos! Thanks. I did a locum in Esperance about 18 months ago and throughly enjoyed checking out Albany and the ‘local’ vineyards. There’s also a very busy and very well regarded distillary on the way to the whale station..Limeburners. Worth a visit

If everyone in WA holds their breath we just might get there and see all this in April !! Fingers crossed.
Compare Australia’s leading Frequent Flyer Credit Cards
Credit cards which earn frequent flyer points is a popular way to earn frequent flyer points. You can receive thousands of points on everyday spend. And, many of these cards offer generous signup bonuses! Compare to find the credit card that best suits your needs.

mrs.dr.ron said:
If everyone in WA holds their breath we just might get there and see all this in April !! Fingers crossed.
Click to expand...

I will just take a deep breath.
Click to expand...