This will be my first trip report.

I didn't think the time was right to head back to Thailand for at least another 12 months but my wife was keen to go back as she was very homesick. We got back from Thailand on 09/Mar/2020 and stuck here since.

We started planning trip for wife and daughter in November/December and were waiting to hear stories from people that went back.

Too many hoops and too many bad stories so we waited and decided March 2022 was first real opportunity. We decided coughet sandbox for wife and daughter in case things went wrong and it was going to be cheaper than BKK test and go.

Sometime in January I was jealous and thought stuff it time for me to go as well.

We are building a humble little house in Chiang Mai so wife and daughter will be there until October/November. My daughter started prep this year and it will be sad she'll miss most of the year but is really the last opportunity for her to go before starting year 1.

I'll be going back twice.

I will be there the maximum 30 days without visa extensions each time which will be by far my longest trips to Thailand as previous longest trip was 16 days.

I've got fingers crossed. I don't want to be a Covid statistic. I've done well so far.

I take it you are planning to retire to Chiang Mai as soon as you can ?

Off to Melbourne today. The weather in Brisbane awful.

We bought a car in Brisbane in March 2021 mainly to take my daughter swimming, parks etc but it comes in handy travelling too. I don't want to lug luggage and golf clubs around on public transport. Airport long term car parks have been great for me. 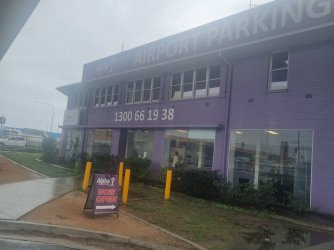 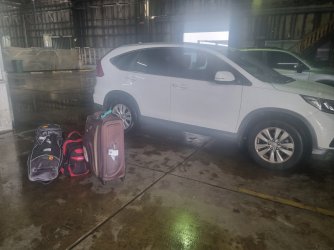 In less than 10 minutes I was at the airport. And someone kindly left some trolleys at drop off. 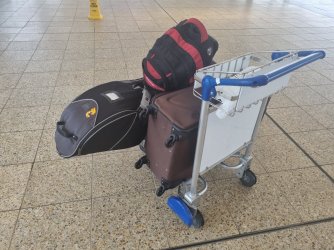 Think luggage is going to have some issues on JQ tomorrow

Business class check-in was fast but security was slow.

Got a page in the lounge and started to get excited but it was just a request to change seats. I was in aisle seat with 2 kids next to me and dad was in row behind. I was offered the window seat with blocked middle seat. Too easy.

Flight OK but I much prefer aisle seat as the windows seat is too cramped for me.

Landing around 20m-30m late but still plenty of time for bus to Ibis Fawkner.

Major said:
I take it you are planning to retire to Chiang Mai as soon as you can ?
Click to expand...

Not quite. The house is basically for wife and daughter.

I have 2 stumbling blocks

At some point I will apply for Thai marriage visa which allows me to stay In Thailand up to 12 months without visa runs.

If I could go to Thailand twice a year for 4-6 weeks each trip that would be a good outcome.

We arrived in MEL a little late and luggage took forever to come out.

I'll stick with plan to get bus. Found machine to buy Myki at end T2 arrivals. 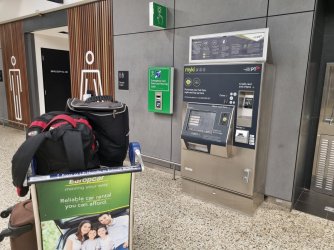 The 901 bus departs end of T4 near the parking. Nice casual walk. 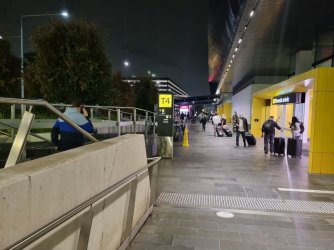 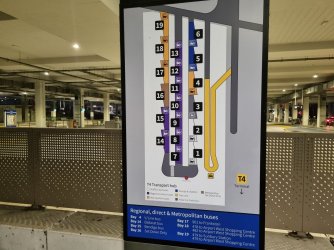 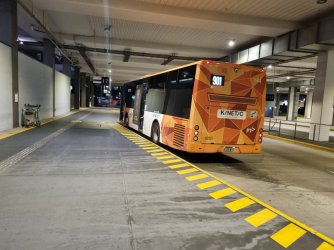 Bus departs every 15 minutes. Need to change from 901 bus to 902 bus at Broadmeadows and that was easy enough. 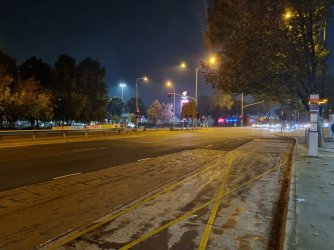 I can sleep on a park bench and money spent on expensive hotels is wasted money.

Arrived at Ibis Budget Fawkner in 40 minutes from the time I got on 901 at MEL T4. The cost was $3.10 which was less than expected. 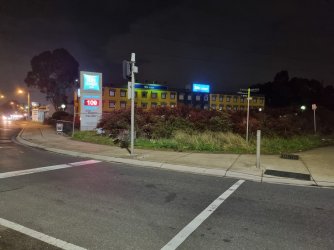 Ibis Budget is as the name suggests. I'd paid $60 for the night after a kind AFFer offered JQ hotel voucher. 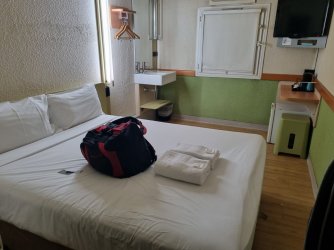 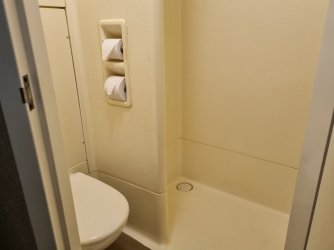 Room is small and bathroom even smaller than a closet but bed is very comfortable for me. I'd slept 5+ hours and woke 3:00am feeling refreshed.

I'll grab a couple hours more sleep and head back to T2 with the bus.

How do you get 19Kg into a golf bag John?
I’ve played a couple of courses in Cyprus and Turkey this past fortnight and mine consistently weighs in at 12.5Kg at the airports.

Scarlett said:
How do you get 19Kg into a golf bag John?
I’ve played a couple of courses in Cyprus and Turkey this past fortnight and mine consistently weighs in at 12.5Kg at the airports.
Click to expand...

I need to find a sturdy golf bag that can travel without a golf travel cover bag.