Hi All , Any Ideas on Getting the best rates on a night at Marina Bay Sands . Just gotta have a drink in the Infinity Pool 50 floors up . Also , any reviews on the hotel ?
D

Hotel rooms were great, everything I could think of it had! Even a Nespresso machine. Only thing was the guest checkin area was quite crowded and felt quite lost.
Earn Cash from everyday purchases
Get paid up to 25% in real cash from your everyday purchases from leading companies such as Virgin Australia, Booking.com, Coles, Apple, Microsoft and much more. Free to join and no catches!

wayne bourke said:
Was there in September last year was told by a friend that the Chinese do not like it it has bad fung shway as it looks like a Chinese tombstone
Click to expand...

I spend 50 nights a year in China - it gets harder and harder to compete with what appears to be an ever growing demand for all things I want to try - Marina Sands very high up on my bucket list - oh and yes I actually pick up the tab myself - I so want to try MS.

I'm looking to stay here as well and am finding their rates a little steep. Even though their website booking engine doesn't seem to allow corporate rates I can assure you that they do indeed accept them and at a significant discount (my employer is stating 224 SGD per night). You might need to email/phone them to pocess with a corporate code.

I recommend you review some of the FlyerTalk hotel threads where they might list corporate codes. Of course you do bear some risk if they wish to validate your identity but from all accounts this is a rare event.

Good luck, let us know the outcome if you do this.
K

I was there (for only a single night) in January. 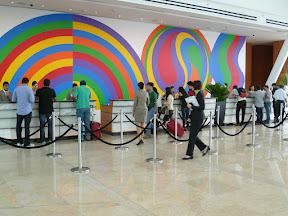 The room I had (at a corporate rate) was nice, with a sea view (all of the rooms in tower 3 at least on each floor have a sea view except for two on either end of the corridor on each floor. 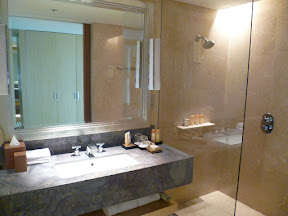 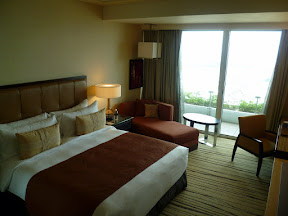 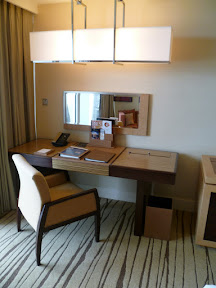 The room itself was nice, but didn't stand out among other competitive hotels in Singapore.

The view is certainly great. Here's a sample of my photos: 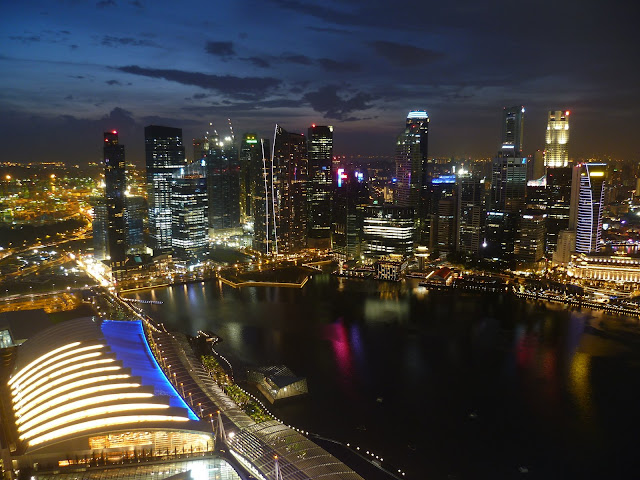 Have a look at the rest of my photos here:

I'm looking to stay there in May, could be up to 5 nights

If anyone gets a good rate let us all know

I have had a quick look through FT - I do admit not extensive - but could not find any references.

Parents of one of my good friends stayed there last year, a few months after opening.

They left with a horrid impression, as despite being four months after opening they hadn't even started to iron out the kinks in their operations.

On-property F&B services were quite terrible, with the breakfast buffet service being done in the convention center as their simply wasn't enough room for the guests in the primary lobby locations. F&B quality was also quite average according to their views, specially in comparison to the room rates they were paying.

Room design they found was also an issue, with powerpoints not being placed in conveinent places. Some of them were hidden behind side tables, or behind the bed according to both them and a fellow guest they struck up a conversation with.

Transport wise, you're better off catching a cab to get in and out of the property as the MRT isn't servicing the area well, and nobody wants to wait around for a shuttle/public bus.

I've not stayed on the property, but based on what I've seen from visiting and the reports I've heard first hand, there are far better properties to stay at in SIN, specially at this price point.

I haven't stayed there but on my last trip to Singapore I went to the MBS Sky Park. I have to say that I thought that if I was a hotel guest and wanting to relax by the pool I would be pretty dissapointed .... there's pretty much only a small partition between the guest pool area and the skypark. It was like being in a zoo looking at a 'humans in a pool' enclosure!

Amazing views though and I'm sure the rooms are top notch.

If you wouldn't stay at Marina Bay Sands, where would you stay ?

I've lost count of the hotels that I've stayed at over the last 40 years.

Novatel Clarke Quay but higher up.
by other reviews the lower floors not as updated as higher floors.
stayed in premier suite with 15yo teenage daughter the last 2 years for F1 and all really gone.
have also stayed at Somersett apartments. they were ok, but doing reno's. share the same pool as the Novatel.
D

As previously mentioned, its difficult to get to unless you cab it. Expect 15-20min walk to metro.

Metro is 10min walk across the bridge to Promenade station (near the Flyer).
A Bayfront metro next to the hotel open towards the end of the year.

Only 'specials' I have found are on the Sands website - including a discount for fourteen day advance booking.

The Club Rooms are well worth it
- VIP checkin - although when I arrived regular queues were fine
- Afternoon Tea - 2hrs of savoury and sweet snacks and non-alc coughtails.
- Club drinks - 2.5hrs of drinks. Included Piper and Piper Rose champagne, choice of two white and reds
- Breakfast in the morning near the pool.
Also very generous and gave me a 3pm late check out

KLN said:
Novatel Clarke Quay but higher up.
by other reviews the lower floors not as updated as higher floors.
stayed in premier suite with 15yo teenage daughter the last 2 years for F1 and all really gone.
Click to expand...

I'd second the Novatel Clarke Quay, but I'd go higher still and book in for the Premier Floors (top two levels).

Stayed there in November on L23, and was brilliant. Location is execellent, the Premier Lounge is perfect to avoid the crowds downstairs in the The Square at breakfast, and lounge staff are second to none.

Decor was supurb, very clean and modern throught the property. Hotel staff were always responsive in fixing any issues. Room service was reasonable, albeit the menu didn't have that wide a selection of dinner options (albeit I was sick at the time thanks to a nasty cold/cough/chest infection).

The rack rate we scored was very reasonable (avg of AUD190/night), and the lounge staff can arrange/book tickets for most attractions in Singapore at reasonably discounted rates.

The only minor annoyance of this property is the double lift banks to get to your room. First bank to get from Conceirge to Lobby bypassing the Liang Court S/C, then the second bank to the guest rooms.