Importing a map image into Google maps or similar

I have a dataset, presented as a map image, that is only available (at least without significant expense) from a government website. Its aerial LIDAR, that looks through vegetation and soil and shows ground elevations very accurately (within abt +/- 0.5 m). It is really good at showing things like level areas that were the footings of colonial buildings now overgrown and old tracks and paths scooped into hillsides or even level areas.

Example - footings of old convict cells and an old track - this is in a heavly wooded area, abt 100m across 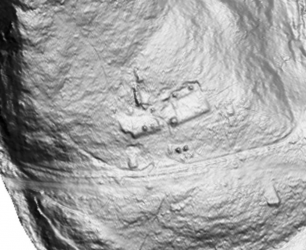 Example 2: LIDAR and air photo of roughly the same area as each other, showing an old convict-made track. Image abt 200m across. 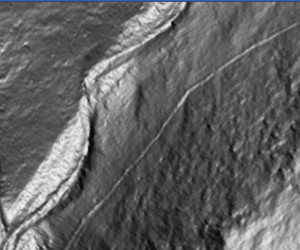 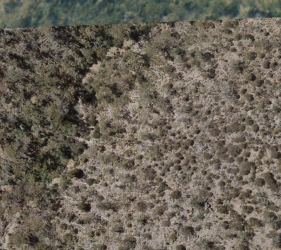 I want to take the LIDAR image into the field and locate myself so I can walk direct to the LIDAR features. The govt website is not able to bring up GPS location. You used to be able to import a JPEG into Google maps, 'register' the corners with co-ordinates so it sat correctly over the air photo image and you could fade it up and down, so the GPS dot would locate you on the imported image.

Can this still be done in Google maps or Google Earth or Apple Maps? I can't see how to do it now.

Can it be done another way? Again, needs to be phone or tablet based so I can carry it around and hopefully not involve any fancy software, like ARCVIEW or other GIS stuff, which I don't have.

If it can be done in, say Google Maps or Google Earth, then a heads up and broad guidance would be great. If a more intricate way, have tech mercy in any explanation!

Thanks in advance ...
The Whisky Club
Possibly the best subscription service on the planet, designed specially by whisky lovers for whisky lovers. Join the club to grow your collection and drink great whisky.