Notice an article earlier in the week in the Age about bored police at Tullamarine.

VICTORIAN police stationed at Melbourne Airport say they are bored and disillusioned, and airport security is compromised by poor communications networks.
About 50 state police work under the command of the Australian Federal Police at the airport as a result of recommendations made by the 2005 Wheeler report into airport security.
Some have said they do little more than walk around terminals in an effort to make passengers feel secure.

Victorian police have described themselves as "cardboard cut-outs". "It's simply not busy enough. It was sold along the lines that we'd be putting operations together to do covert work, setting up special operations teams, basically what you do at stations," the policeman said. "But it's just not busy enough to have 55 coppers there. It's one of the biggest issues we have, motivation and morale, because you don't do anything."
Morale, security compromised, say bored airport police - Travel - theage.com.au

I have a few suggestions to keep them occupied (and I obviously have too much time on my hands this morning!).

I am sure they could make some money on the side by setting up a luggage shrink wrapping service.

Any others I may have missed?
T

Va Bene said:
Notice an article earlier in the week in the Age about bored police at Tullamarine.


Any others I may have missed?
Click to expand...

Relocate the AMEX ones as well I can't decide which is more annoying.
J

tassiedude said:
Relocate the AMEX ones as well I can't decide which is more annoying.
Click to expand...

I have to say the Amex guy was friendly last time.
When he asked if i wanted to know about Amex and i replied that i already have one he gave me a whole heap of Amex merchandise.
D

Va Bene said:
Any others I may have missed?
Click to expand...


Monitor international arrivals concourse for noise pollution and arrest any offenders, and take away their microphone and speakers (.... F1rst Duty Free ....)

Maybe they could actually investigate the theft of notebooks and PCs at the QP, including mine, or perhaps show QF security how to turn on the CCTV cameras and use them, then again maybe the CCTV specialists are still in Sydney installing bikercam or working out how to get an image that is usable from one of 200 cameras 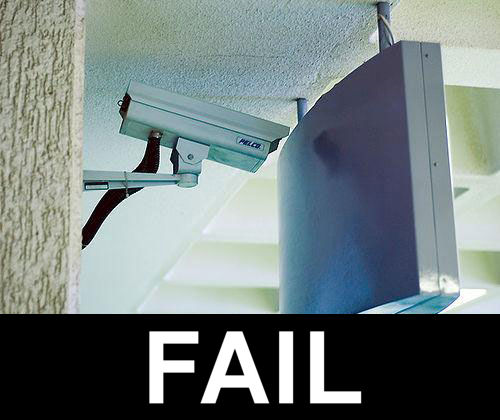 markis10 said:
Maybe they could actually investigate the theft of notebooks and PCs at the QP, including mine,
Click to expand...

Only cost me an award flight from SYD-MEL to get it back. (oh and 6 months of lost work on my Masters and 3 or 4 years without laptop)