I'm dying to taste the fantastic 2 minute noodles with above mentioned sachets .... I am privileged to be platinum with such refreshments.

Do you think I'd be able to obtain a discount if I forgo the sachets? Would much rather eat them plain

A BASIC styrene cup of Maggi Noodles and the usual plastic cup of water was sufficient for anyone in Tiger#2 "Business" she is quoted as barking to the caterers, in her finest American accent

"If they want indulgent luxuries like that, they can always choose Qantas."
Earn Cash from everyday purchases
Get paid up to 25% in real cash from your everyday purchases from leading companies such as Virgin Australia, Booking.com, Woolworths, Coles, Apple, Microsoft and much more. Free to join and no catches!
Recommended by the Australian Frequent Flyer
R

BAM1748 said:
I'm not sure where you get the chummy with the labour bit from, certainly it isn't from the labour itself. The line I hear is nobody liked Geoff Dixon until Alan Joyce turned up.
Click to expand...

It seems that the 'Sky is falling' brigade is once again in the ascendancy over VA Mk II's future.

Hopefully they will be as correct as their previous predictions, a bit like how economists have predicted nine of the last 2 recessions....

Remember that AJ tried out & perfected all of his 'creative management & accounting' at JQ - such as returning aircraft to Q just before they were due a major check & maintenance etc. Running a slimmed down VA without dreams of becoming all things to all people while having to obey the law according to Bain - does not require a genius.

VA Mk II now has the lowest cost planes of any airlines operating in or flying to Australia, it also has the lowest cost office & airport leases, simplest & quite new fleet. Wage costs are going to be less than Q - possibly by more than the unions want but vs JobSeeker it is a rock & a hard place decision.

VA does not need to operate many routes to be profitable but it does need a decent product to differentiate it. Around 60% (or more) of VA's revenue came from operating the Sydney/Melbourne/Brisbane triangle. At an educated guess around 25 city pairs never did better than operating cost break even - most lost money. Other city pairs only just covered all-in costs due to subsidies for serving some regional centres.

VA Mk II does not aspire to be mini-Q.

Bain's only pay day comes from increasing the value of VFF & has already began making it a much more seamless proposition with VA through web site changes. International trips are a given to optimise VFF's value, no argument. So is a full-service not LCC domestic airline.

VFF has over 10 million accounts, big data is where the money is - just ask Google or Facebook. This is Bain's endgame with a virtually free domestic airline thrown in on the side. Remember VFF stated that all its outstanding points were cash backed bar the loan to VA. So whilst Bain has paid out or agreed to absord some outstanding liabilities (employee entitlements etc) - it has paid under $4bn to get a business with around $1.5bn in cash.

So despite may detractors keen to predict VA's demise since March - the current situation is as far from their predictions as almost possible.

BTW - digging into VA's Annual Reports going back some years was quite revealing about PS. Judging by his total remuneration (salary + bonus) he was not highly valued by either the Board or JB - he seemed to be the lowest paid of the senior executive team - whether warranted or not. Definitely knew how to market himself externally but it can always be dangerous if you start believing your own PR too much.

VA had been quite poor in pulling value out of their 10m+ VFF accounts compared with what Q makes per account (13m). If Bain can improve it to around 60% of what Q achieves then that would double VFF's value. That golden goose requires a domestic full service airline, covering 70% or so (IMHO) of domestic flights taken, to be successful.
H

There was really never any official confirmation from Bain about going in the mid-market hybrid direction. It was reported in the media, but I would be interested if there was an official quote from a Bain representative and/or the regional manager Mike Murphy.

Considering the past quotes from Bain Australia's regional manager Mike Murphy about bringing the "Virgin Blue" fun back into Virgin, whilst offering "value" fares. It suggests that Bain/VA mk 2 are aiming towards the lower end of the Hybrid Market. Somewhere towards Jetstar Plus or SouthWest rather than inbetween Jetstar and Qantas as it was originally 'alleged' to been reported. Somewhere LCC heavy yet 'not entirely' LCC.
B

Whilst the future can’t be predicted on this by us folk, Bain and Jayne Hrdlicka would know a lot more.
It gets forgotten that she worked for Qantas, including loyalty / digital transformation and A2 milk, all premium products.
Yes, she was at Jetstar but I think simply put she has a background in Premium, low cost and loyalty. So she has the broad scale. A mantra of making a profit is obviously going to be driving down costs and making the company more efficient. The key period in time to reduce costs is during the administration process, so for some cost costing the time may have passed.
What she lacks, is which everyone lacks which is running an airline during a pandemic.
I expect Virgin domestic business class to look for like USA domestic business class mainly with engagement to take items from the lounge such as muffins etc which is fine with the 1.5 hour flights.
Qantas will most likely bring in similar changes. Don’t expect Qantas to roll out an increased Perth A330’s network. Those aircraft will be flying international around the Pacific.
H

Starting to look like JetBlue Australia (the non-Mint routes), or the earlier incarnations of WestJet. 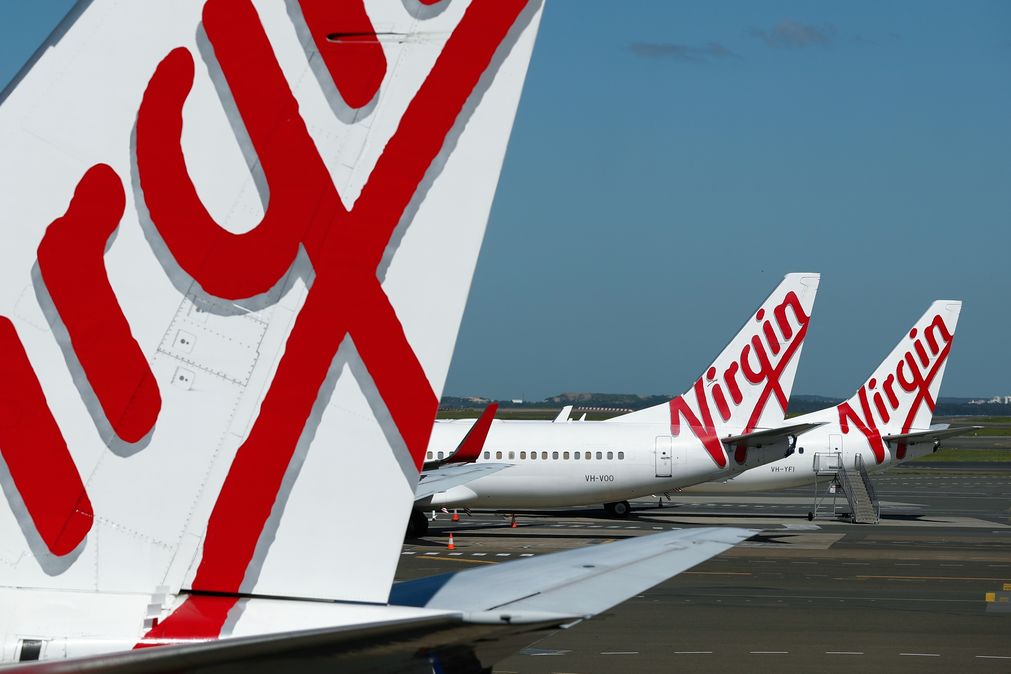 I wonder what they are going to do with Y catering then... 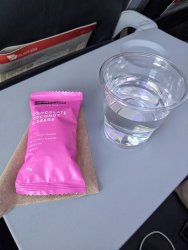 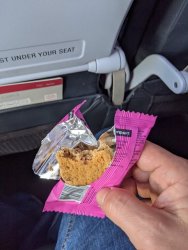 HS-TQE said:
'Fantastic' noodles have been "axed".
Click to expand...

I've flown Virgin Business a few times in the past few weeks but only because the points difference was 4600 extra which I'd say its worth it for a bigger seat on a couple of hour flight. Unpopular opinion, but anyone who gets on a plane expecting a Michelin star meal needs a reality check.

I just keep wondering, didn't PS have a very slight, even the slightest inkling of what would happen when he put VA into VA.
Was there somewhere, in the background, that JH would from the begining, be ready to be put into VA by some very smart and shrew group, somewhere.
Can't be that so easy just by chance, that a former CEO of JQ would somehow so easily jump into the chair of VA.

AustraliaPoochie said:
I just keep wondering, didn't PS have a very slight, even the slightest inkling of what would happen when he put VA into VA.
Was there somewhere, in the background, that JH would from the begining, be ready to be put into VA by some very smart and shrew group, somewhere.
Can't be that so easy just by chance, that a former CEO of JQ would somehow so easily jump into the chair of VA.
Click to expand...

He would have understood what the options out the other side would be, he had no choice though as the alternative which was operating into oblivion puts CEOs and Directors in gaol.

Oneworldplus2 said:
I wonder what they are going to do with Y catering then...

Maybe a warehouse full of leftover noodles now deemed inappropriate for J. (and purchase a flavour sachet for extra $)

AustraliaPoochie said:
I just keep wondering, didn't PS have a very slight, even the slightest inkling of what would happen when he put VA into VA.
Was there somewhere, in the background, that JH would from the begining, be ready to be put into VA by some very smart and shrew group, somewhere.
Can't be that so easy just by chance, that a former CEO of JQ would somehow so easily jump into the chair of VA.
Click to expand...

I did some old reading about Bain and how they operate, and that doesn't seem such a stretch of the imagination. 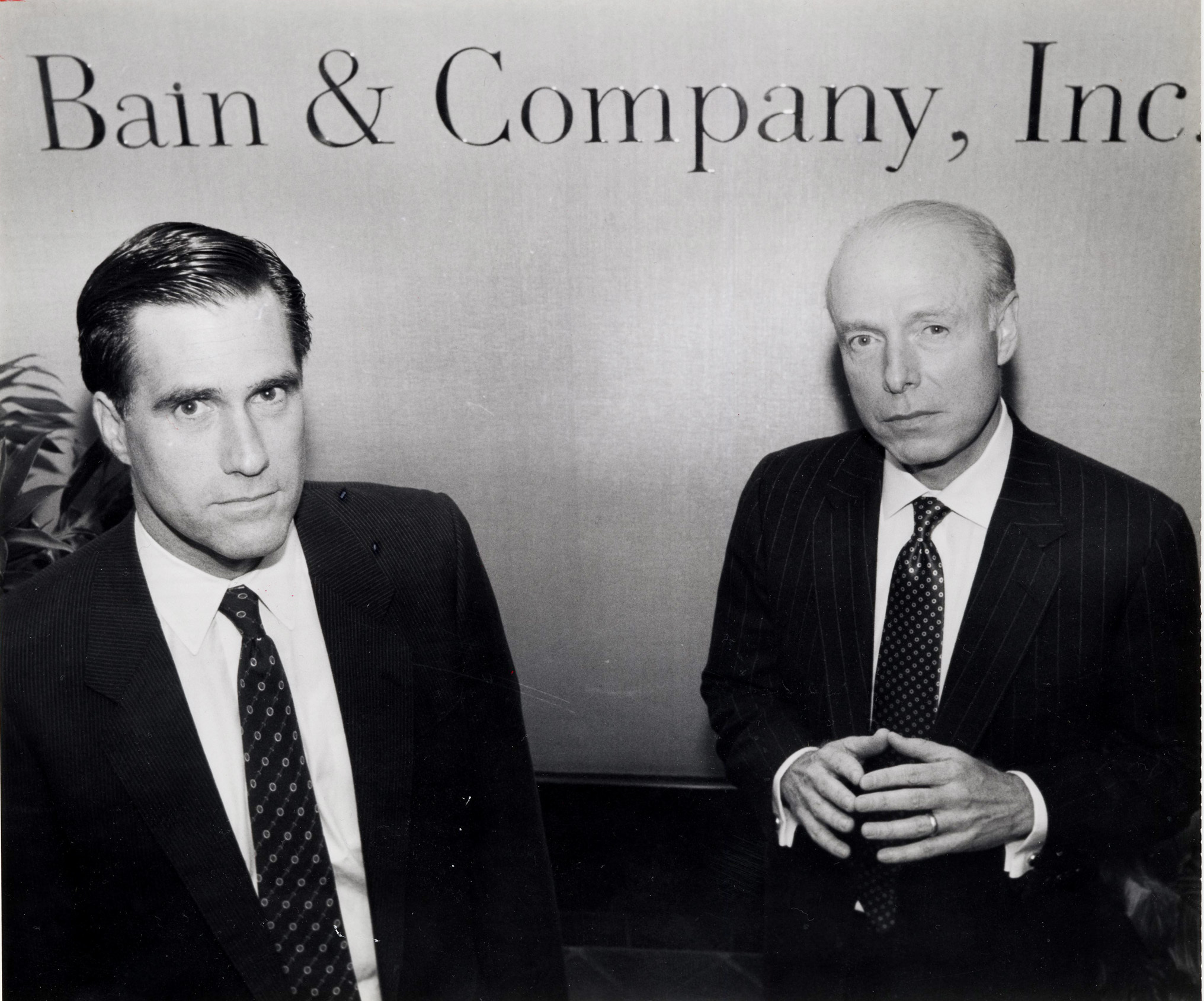 The True Story of Mitt Romney and Bain Capital

How the GOP presidential candidate and his private equity firm staged an epic wealth grab, destroyed jobs – and stuck others with the bill

Appears that Bain Capital have purchased the Jetblue travelbank software and installing it for future use...

The login page looks more or less the same as before with different branding?

“The lunch and dinner meal service will be a "snack box including crackers and dip, muffin, barbecue roasted chickpea mix and Australian dark chocolate square."”

Not the dreaded bbq flavoured chickpeas! It was always served as the Y snack out of HBA. What a punishment.

odysseus said:
Appears that Bain Capital have purchased the Jetblue travelbank software and installing it for future use...

VA have always had the Sabre Travel Bank software:

AustraliaPoochie said:
I just keep wondering, didn't PS have a very slight, even the slightest inkling of what would happen when he put VA into VA.
Click to expand...

The board put the company in Voluntery Administration, not PS.
The reality is, prior to Virgin exiting VA it is using interim funding (supplied by Bain). Once Bain officially take over and recapitalised it's effecively a different pool of money.
Most likely PS' last day will be the last day of VA and he will be paid out of that intermin funding money, therefore protecting the money poured in as part of recapalisation. (aka "smart accounting")
O

odysseus said:
Appears that Bain Capital have purchased the Jetblue travelbank software and installing it for future use...