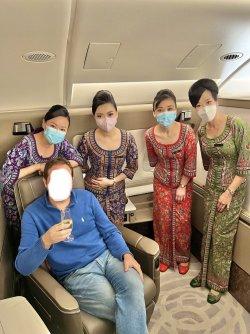 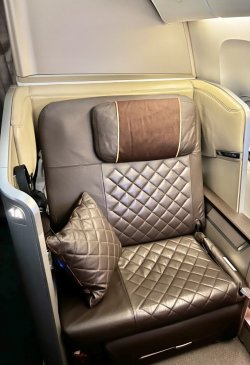 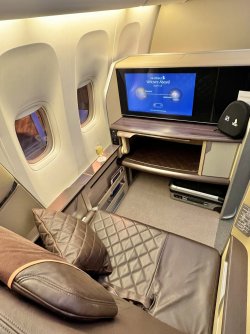 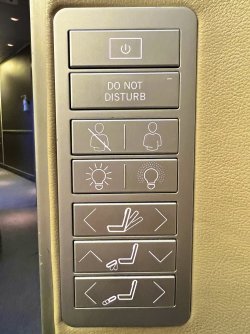 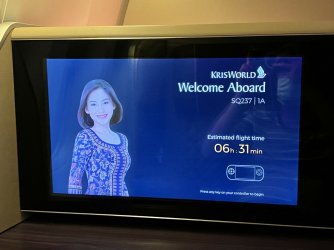 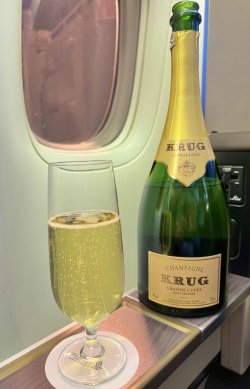 Being short overnight flight the inflight menu is limited.

So I’ve Booked the Cook a gigantic lobster tail 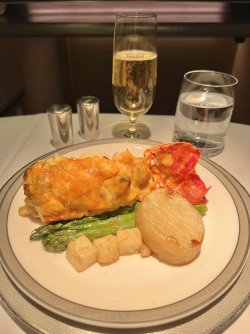 Seriously there was so much meat in there, I reckon at least double than what served in Business and it tasted fresh. Lobster served in the air tend to be dry but this one was as good as the tails used to be served in TPR, I was impressed!

After the meal it was time to catch some 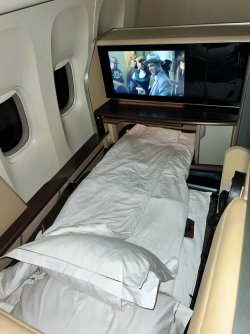 The bed was very comfortable and I slept well.

Since we were only two pax in the cabin the crew let us maximise sleep and woke us 45 min before landing. I’ve managed to sleep almost 5 hours which is more than I slept on the previous 12hr daytime flight!

For breakfast I chose from the inflight menu: 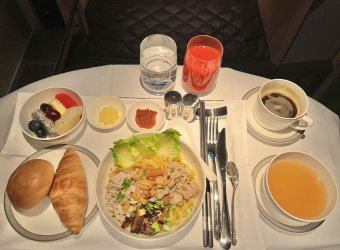 It was actually quite nice

I find the Singaporean breakfast far better than their Western options. My favourite so far is Nasi Lemak

Here is the ladies amenity kit. 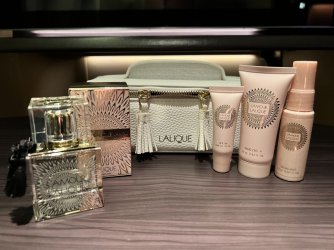 And the men kit. 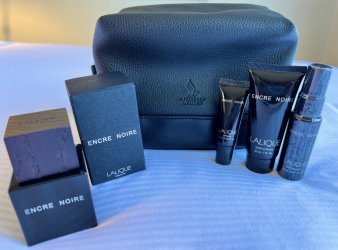 Better and more practical than the unisex kits given in suites.
There are nice perfumes inside instead of useless candles.


To sum up,
While it’s not suites SQ 777 F is fantastic product on its own. Cabin is only 1 row, 4 seats. On this flight only the two window seats were occupied which meant complete privacy and each pax had its own private toilet 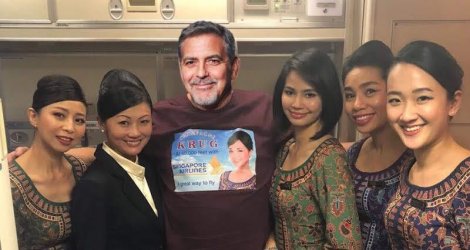